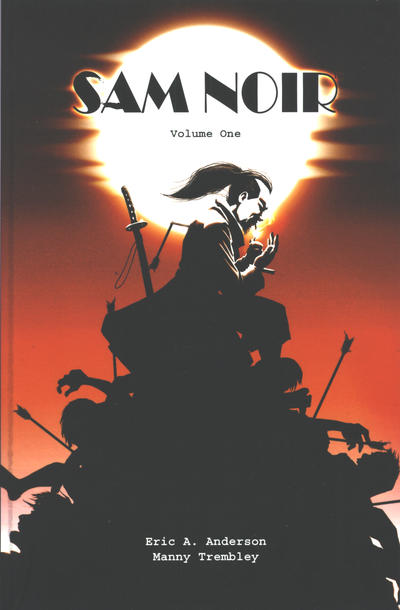 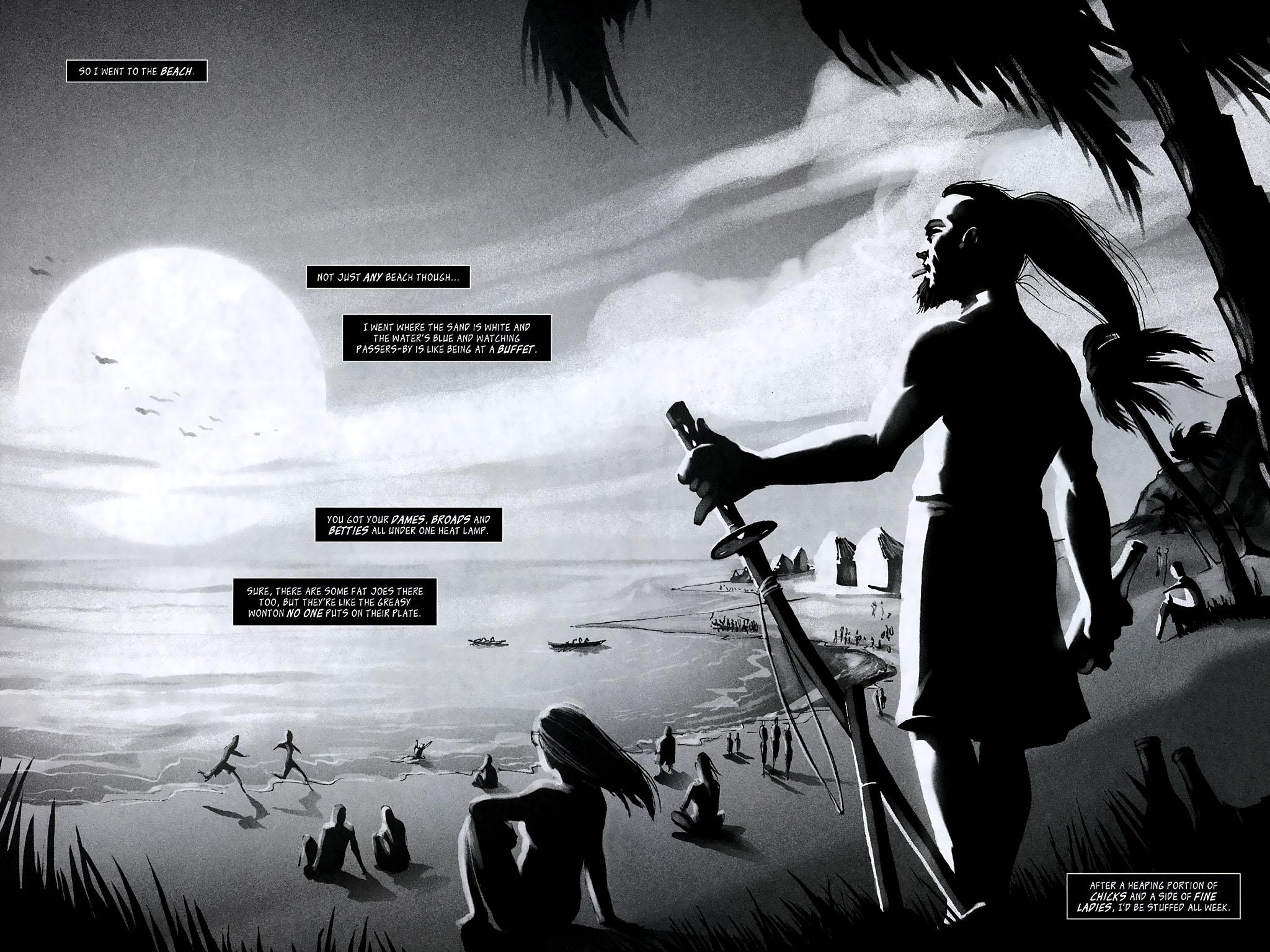 This edition collects the entirety of Sam Noir, Samurai Detective, a series that proved to have a title better than the content. That’s because the creative team of Manny Trembley and Eric A. Anderson could never decide what they wanted their series to be. Was it parody, adventure, or genuine noir crime? These three elements fuse awkwardly, and pull the feature in different directions, and the addition of pirate motifs in the second story further muddies the waters.

Sam carried two stories, both collected here, while the first had already seen print as Sam Noir, Samurai Detective. It introduced the somewhat confused Sam, who provides his own tough guy narrative, in what’s ultimately a tale of revenge, arrived at by the roundabout method of addled detection. It’s characterised by confusion and difficulty in following the story.

Trembley’s heavily greytoned art supplies the noir mood, but it’s so dark, so drenched in shadow that the joke of it impacts on the slim stories the creators tell. Trembley can draw, but his layouts are extremely basic, and by the end of the book the impression is that this is more to do with artistic shortcuts than any persistence of style. It’s far easier to draw a face blocked by shadow than it is to illustrate a complete scene of one person handing an object to another, so clarifying the scene. So many good visual ideas are thrown away due to Trembley taking the easy option. Surely anyone would like to see Sam taking on a rhino. Unfortunately we don’t because little can be made out. The panels from this scene in silhouette work far better, with the use of black on white or white in black not as random over the second tale.

The slight improvement that ‘Ronin Holiday’ has over the first story is that there’s more dialogue involved, as Sam is accompanied by another detective he can bounce ideas off. The narrative captions of the first work to begin with, but the joke’s carried too far.

There’s a resolution of sorts at the end of the book, but suggestions of more to follow. That never materialised. 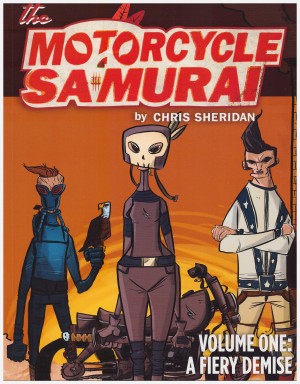