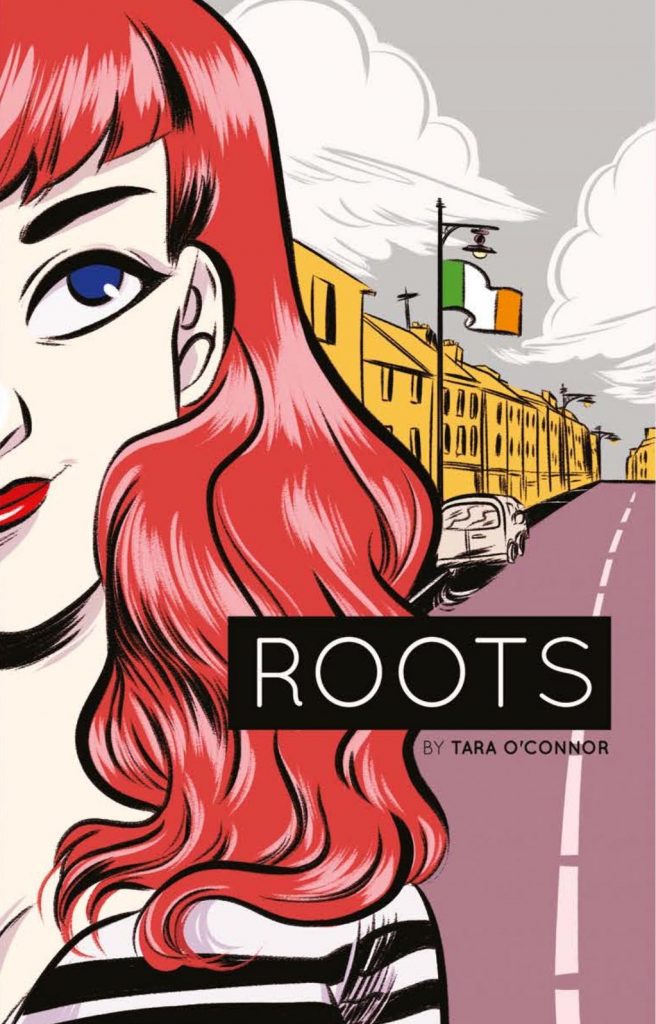 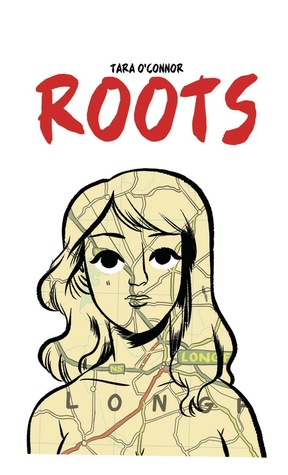 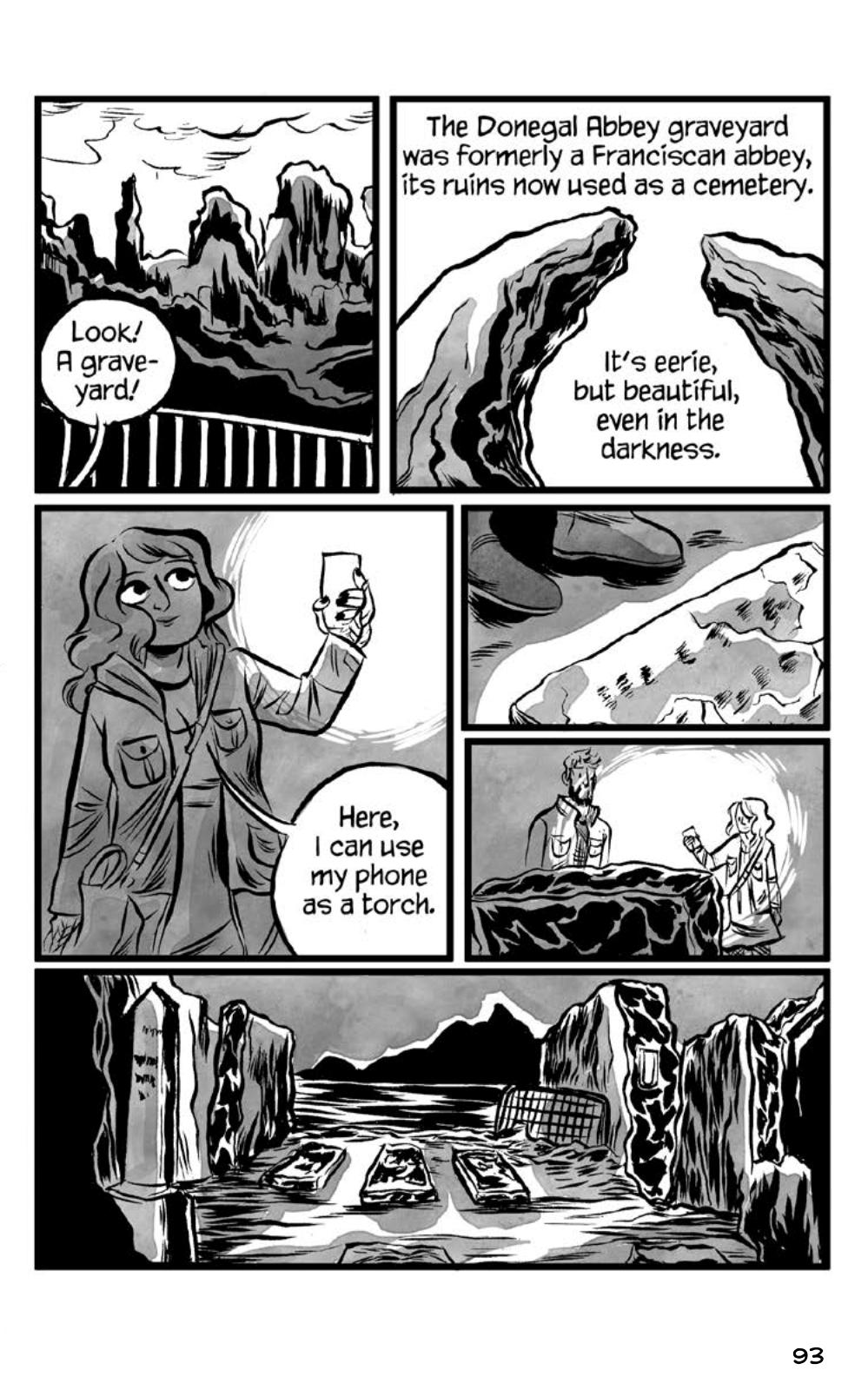 When her marriage dissolves Tara O’Connor returns to her family home aged 27, and to an uncertain future. She finds motivation in researching her Irish ancestry, and the outcome is a trip to Ireland to discover more.

Roots is a very quick read, and that’s before discounting all the extraneous information supplied, because O’Connor seems unable to decide if she wants to tell a story with broad appeal or note every single detail to look back on later in life. The more the book continues and shifts emphasis, the more the latter appears the case. Do we really need to know that Roots is a Kickstarter project, that the flight to Ireland has a gate change before departure, or the specifics of the airline food? Too many trivialities of this nature are near universal experiences for anyone taking flights, so instead of being details that add colour, they distract from any central narrative. With an introductory page or two setting the scene, Roots could start on page 35 with no loss at all. Worse still, on page 36 we’re introduced to John, Tara’s companion in Dublin, with whom she forms a very rapid intimacy considering she’s never met him in person. Rather than noting she watched The Walking Dead on the flight or the indulgence of representing Tara O’Connor at various ages to comment on her moving back home, some space devoted to extra context here might have been advisable.

Once in Ireland, there’s a little more accessibility, but little to say, and that’s a great shame as everything is drawn in a very appealing loose style that makes you want to like Roots as soon as the pages are flicked. Particularly good are the small glances or gestures providing an emotional depth.

Roots is a graphic novel that starts off with one purpose and morphs into something else entirely, and once that occurs it improves, but never to the point where there’s anything elevating it from ordinary. O’Connor doesn’t fall into the trap of romanticising the auld country, but while it generates a feeling of happiness for the people involved and you’ll surely wish them well, her story isn’t unique enough to warrant the time spent reading it. Top Shelf must have seen greater potential as this edition reprints the version O’Connor originally self-published, adding a few extra pages. 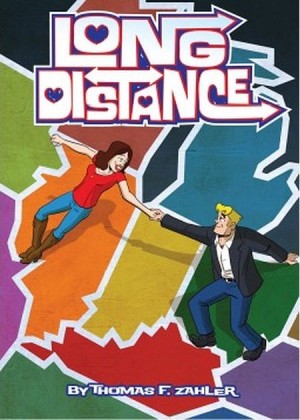