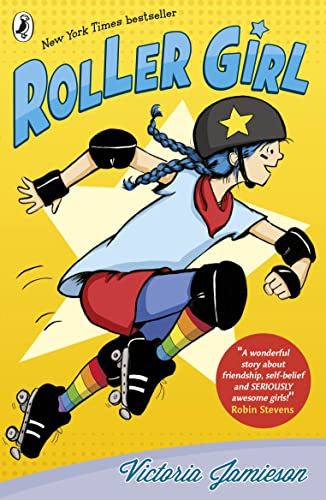 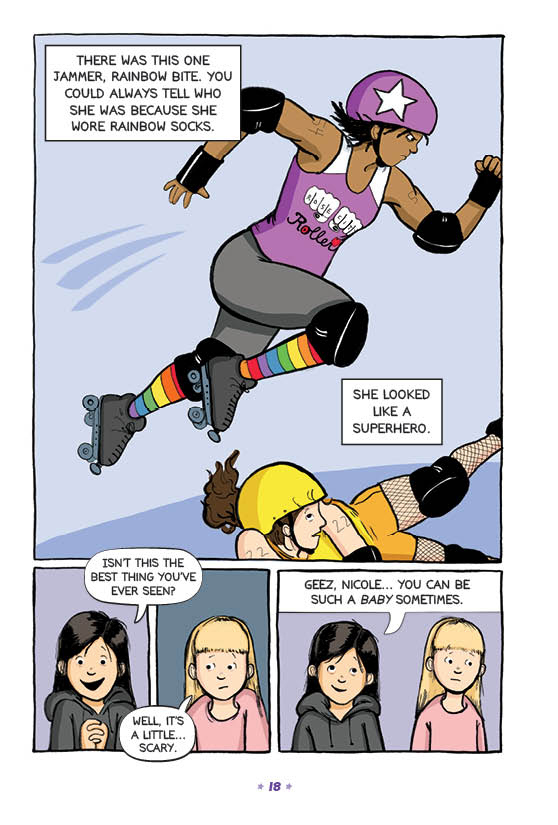 Astrid and Nicole have reached the age of twelve as best friends for years when Astrid’s mother takes them along to the local Roller Derby. Astrid is immediately captivated by the atmosphere and competition, but the far more timid Nicole finds it overwhelming and isn’t as keen, but to begin with at least she’s content to accompany Astrid on a first trip to the skating rink.

Victoria Jamieson breaks her story down into sixteen chapters, each short enough for a quick read before bedtime. The idea of someone discovering a new enthusiasm not shared by their best friend hasn’t been overworked for graphic novels aimed at youngsters, and Jamieson deals with the subject convincingly, Astrid being resentful at Nicole’s preference for dance while unable to see how selfish she’s being. Jamieson also develops the world of Roller Derby enticingly, bringing out the cool names, in fact devoting a whole page to eighteen of them during what’s in effect an entire basic training session over ten pages. It’s a fantastic resource, enabling people who can’t get to a club easily, yet living somewhere near a skating rink to practice with a few friends and see how they like the sport. It doesn’t sugar coat either, underlining that getting fit and learning some moves is hard work.

The character development is nuanced, with Astrid progressing gradually without realising she’s becoming both physically and mentally tougher, and also learning how other people live. As she progresses, Jamieson’s working further and further into the world of Roller Derby, and has Astrid struggling balancing new friendships with old.

Because Roller Girl is so evangelical about Roller Derby, it’s pleasing that Astrid is presented as a normal girl, flaws and all, rather than this being an easy progression for her. There are messages, not least that anything worth having requires considerable effort, and it’s emphasised that people have to talk about their problems. This isn’t hammered home, just incorporated naturally as Astrid’s summer continues and she learns some life lessons. Character items, though, are secondary to the thrill of Roller Derby, so as good as Roller Girl is, the enjoyment is going to be lessened if there’s not at least a curiosity about the sport. 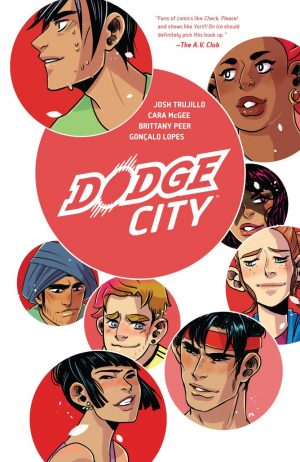