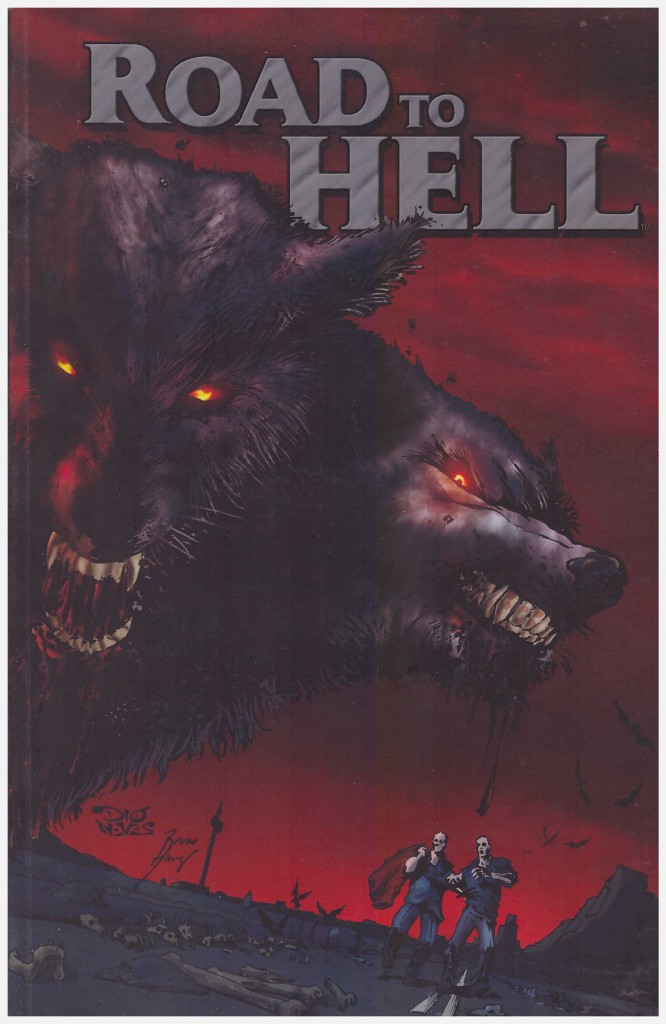 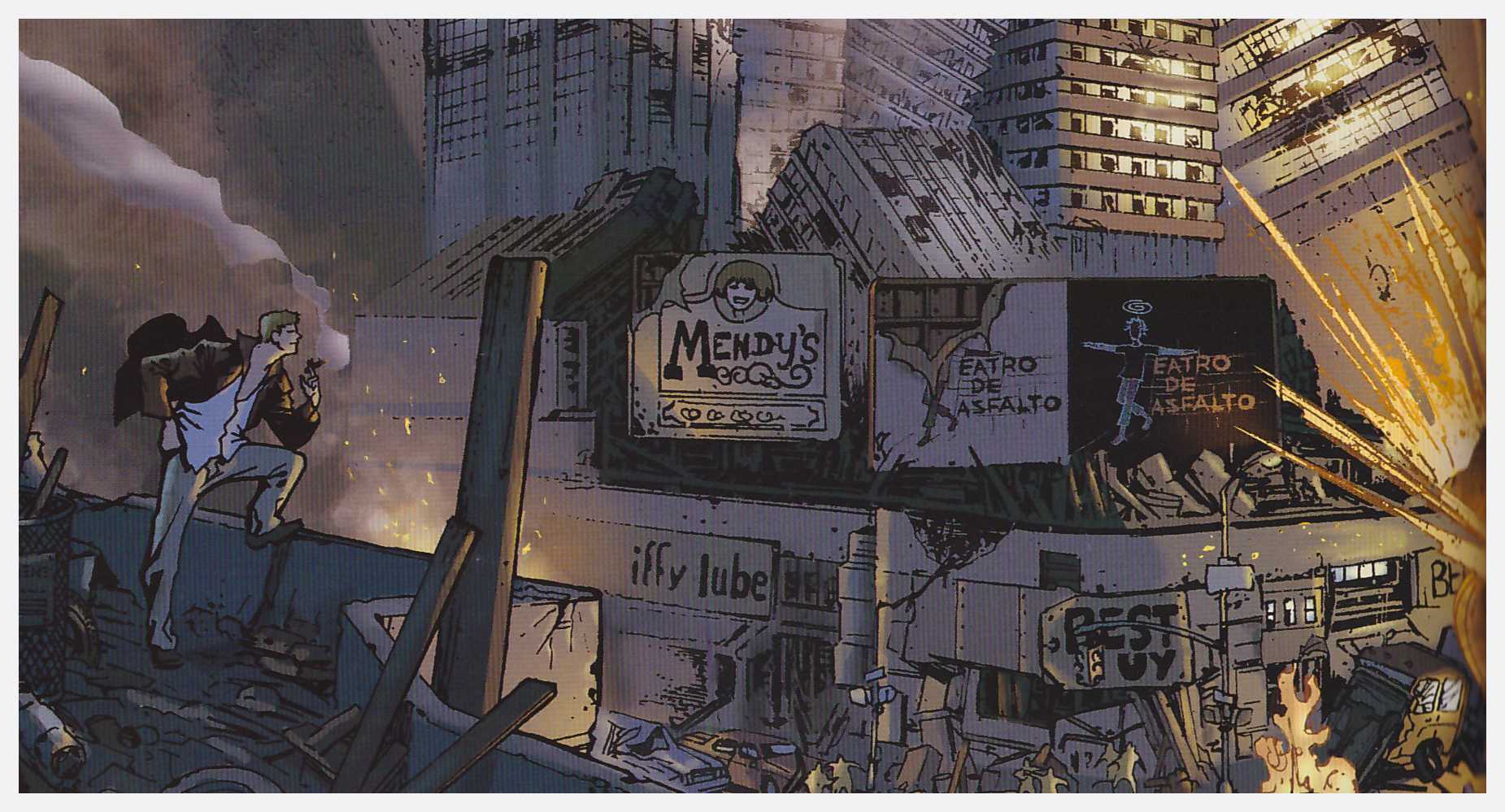 The back cover puffs up writers Martin Schenk and Todd Lincoln’s credentials as novelist and film makers. Indeed they are, and anyone reading Road to Hell could probably hazard a guess as to their level of success outwith comics.

Their starting point is two brothers, Frank Tanner, upstanding and diligent, and the younger Derek, a wastepail as they grew up and no sterling citizen since, leading to a fractured relationship. Yet when Derek sends a blood-stained map and a cry for help, Frank duly rounds up a selection of cannon fodder and off they drive, arriving at a constantly morphing world of horror standbys.

Roads that shift as they’re viewed is a genuinely creepy idea, but further originality is minimal. These, remember, are film makers, and one might have thought a priority would be to air ideas too expensive to recreate for projection. In a way they do, but by behaving like kids with the keys to the liquor cabinet in prioritising volume, throwing in every horror cliché they’ve ever experienced. Story elements come from nowhere, and receive no explanation, while the big revelation fails to rectify this. Characterisation is no better. The cast service the plot whether it makes sense or not, and even the poorest horror films make some attempt to engender audience sympathy for the disposible about to meet their demise in gruesome fashion. Here they may as well be numbers. And surely there can’t have been any reader who didn’t see the ending coming from ten pages away.

Pity poor artist Diogenes Neves having to illustrate this slop. He’s talented, but not quite the finished article, his cluttered layouts not helping the all-pervading confusion. At a later date he’ll probably be thankful his name was kept off the cover.

It’s almost unbelievable that this slapdash nonsense is issued by the same company so lovingly curating classic newspaper strip reprints.