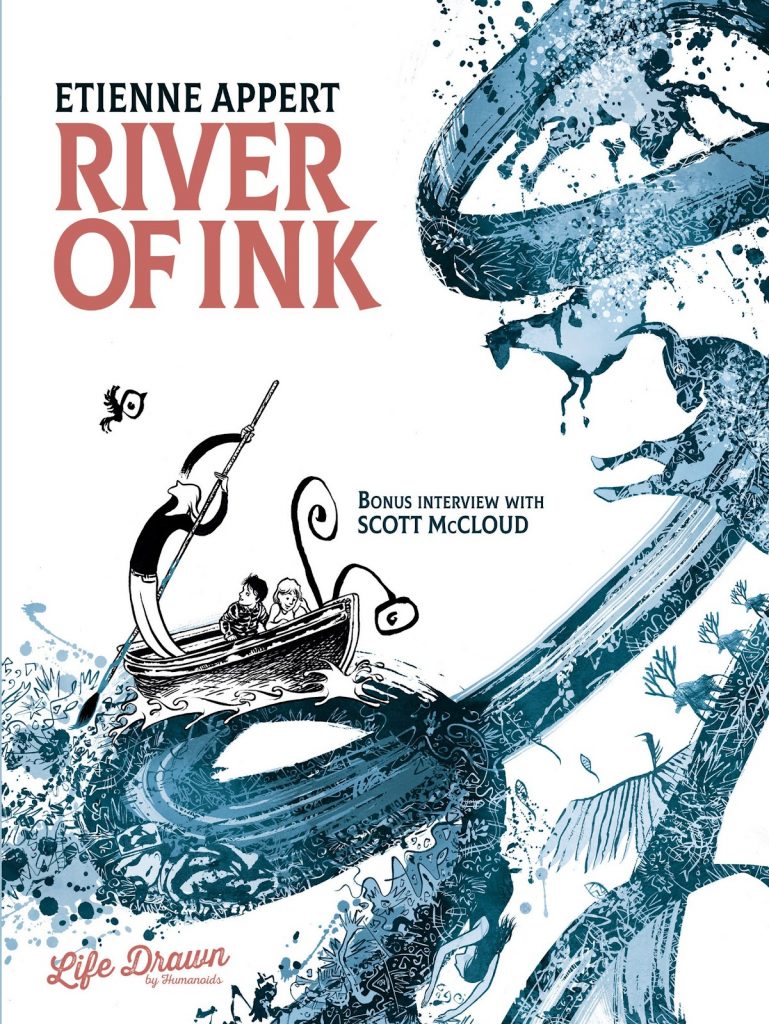 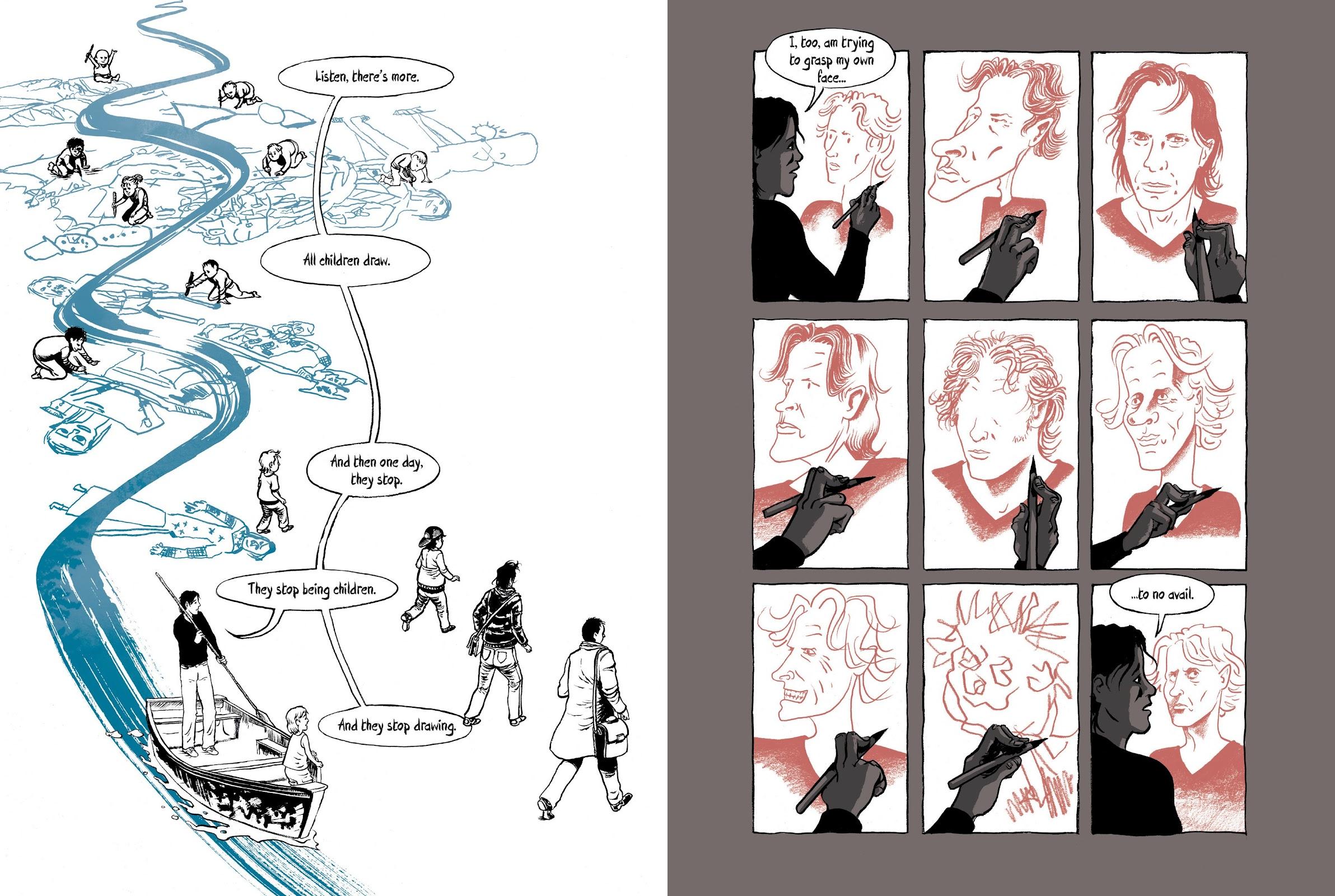 When asked by a child why he’s drawing, Etienne Appert is prompted to give a proper explanation to a sincere enquiry. He embarks on a thoughtful consideration of drawing and its purpose, beginning with first century Greek naturalist, army commander and philosopher, Pliny who wrote of the first drawing being a shadow outline on a cave wall. From this Appert moves into the story of Saminia and Saurias, Saminia creating, then expanding on the shadow to remind her of her lover who departs for war. Appert returns to their story throughout, but also considers his own family, beginning with the World War I experiences of his great grandfather, who couldn’t write home of the horror he lived, so sent drawings instead.

Appert begins by taking the child asking the question down a river in a boat, and uses the theme of the river heading where it will to stop off at various points to consider the experience of drawing. The question is one Appert put to other comic illustrators, and it’s François Boucq who supplies the most poetic, yet lucid rationalisation, concluding people draw to integrate the world. Appert notes the power of an illustration to prompt stories, while interestingly, and maybe unintentionally, horror and tragedy recur throughout Appert’s examples.

River of Ink provides a showcase for Appert’s own illustrative virtuosity beyond the sample art of his assorted self-portraits. He varies the style according to the subjects, World War I for instance looking very different from the decorative whimsy applied to his own narration or the dense exploration of illness applied to art. The whole is instructive and thought provoking without becoming a lecture, although readers may take issue with some aspects, especially Edmond Baudoin, who contributes some guest pages, being credited as the first comic creator to tackle autobiography in his work. Perhaps the first French creator.

That Appert incorporates his own childhood drawings to make a point is neat, as is their prompting cause for concern to him in hindsight, but Appert has plenty to say about art and redemptive qualities as a hefty dose of magical realism weaves its way into his river. Try looking up the story of Saurias and Saminia.

The English language edition includes a bonus interview with Scott McCloud offering his thoughts on why people draw, also enlightening. Interestingly, Appert solicits interpretations and theories, but the answer is different from person to person. McCloud’s thoughts incorporate the explanation of why not everyone will respond to River of Ink, but anyone with an open mind and an interest in life should investigate. 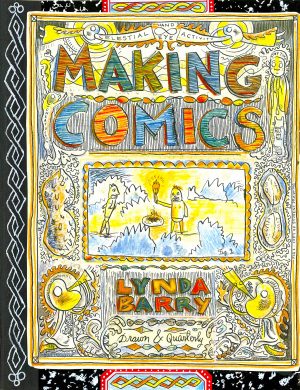