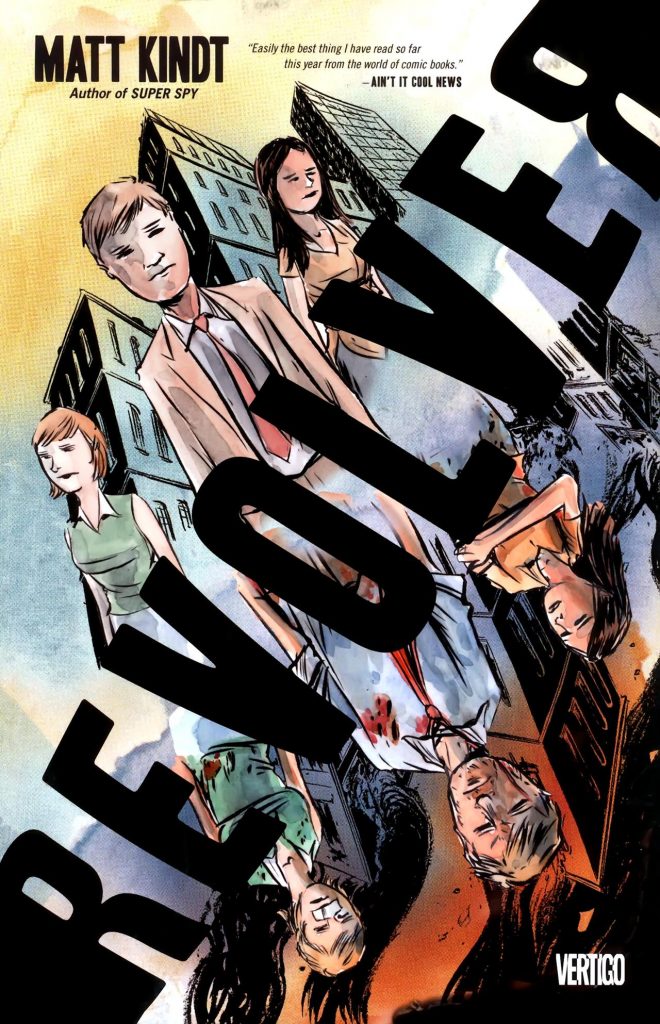 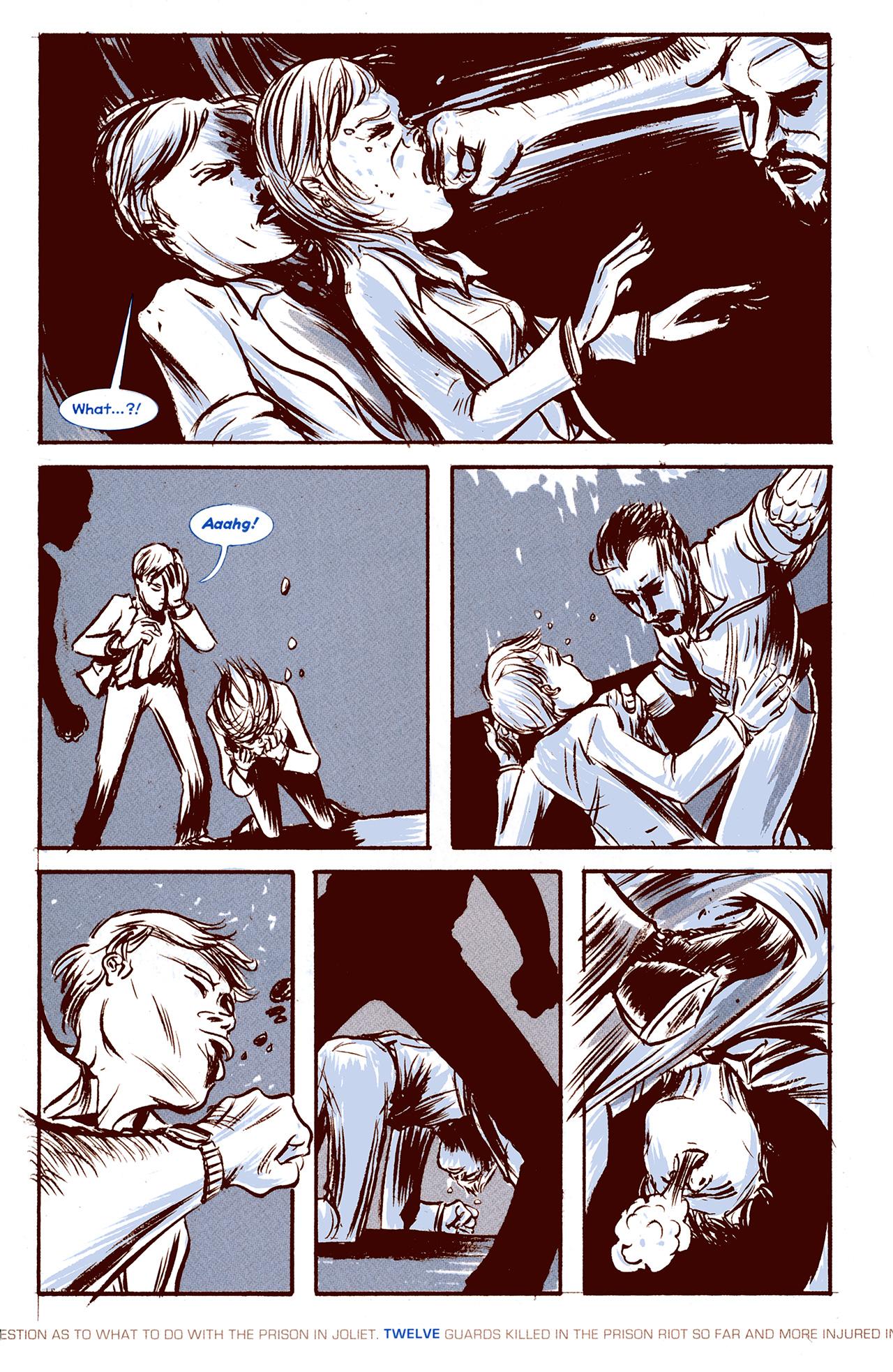 Sam works editing party photographs for a Chicago newspaper, a job he’s grateful to have, but which also completely bores him, introducing the primary theme of contrast early. Late for work again one morning, he’s not taken in news reports of terrorist attacks targeting several US cities until the evidence is in front of his eyes, after which instinct takes over and he rescues his boss. The following morning he wakes up and the world has been reset to normal with no mention of what’s happened.

Matt Kindt’s early career was built on stories instilling a paranoia and mystery, and Revolver fits that pattern very satisfyingly as he switches between Sam simultaneously experiencing two different sequences of events. In one his normal day to day life continues, and in the other he’s part of the disintegrating new world, switching between them at precisely 11.11 each day. He’s the same person, but unsure what he’s going through, and in both worlds it gradually becomes clear he’s falling apart. Kindt explores this well, contrasting the day to day drudgery of a job that already bored Sam with the adrenaline rush of the desperate daily attempt to survive. It’s a life made more complicated by being shared with others during the worst case scenario, yet their being completely ignorant of it in the normal world. What could be an incredibly bleak story is run through with moments of dark humour, such as automated advertising calls to cellphones still up and running when civilisation has collapsed. That’s indicative of the detail Kindt feeds into the story, another example being the news headline ticker tape running across the bottom of every page, not only including the page number, but having a relevance to what’s happening

There is one person offering a solution to the daily grind, and that’s where Sam eventually heads. The other necessary information is that Revolver is named after an online newspaper published anonymously by the former Post Dispatch staff.

Kindt creates credible characters and entwines us in their lives, but there’s one almighty drawback. As fascinating as the story is, Kindt the writer constantly runs up against the limitations of Kindt the artist. His methods of laying out the story are fine, but the technique is lacking. Strange perspective and oddly proportioned people constantly distract when Revolver ought to flow. For all the interesting questions Kindt raises about what a life is worth and how it should be lived, Revolver is undone by Kindt’s choice to draw it himself. In another universe it’s drawn by Doug Braithwaite or Mike Norton and is far more effective.