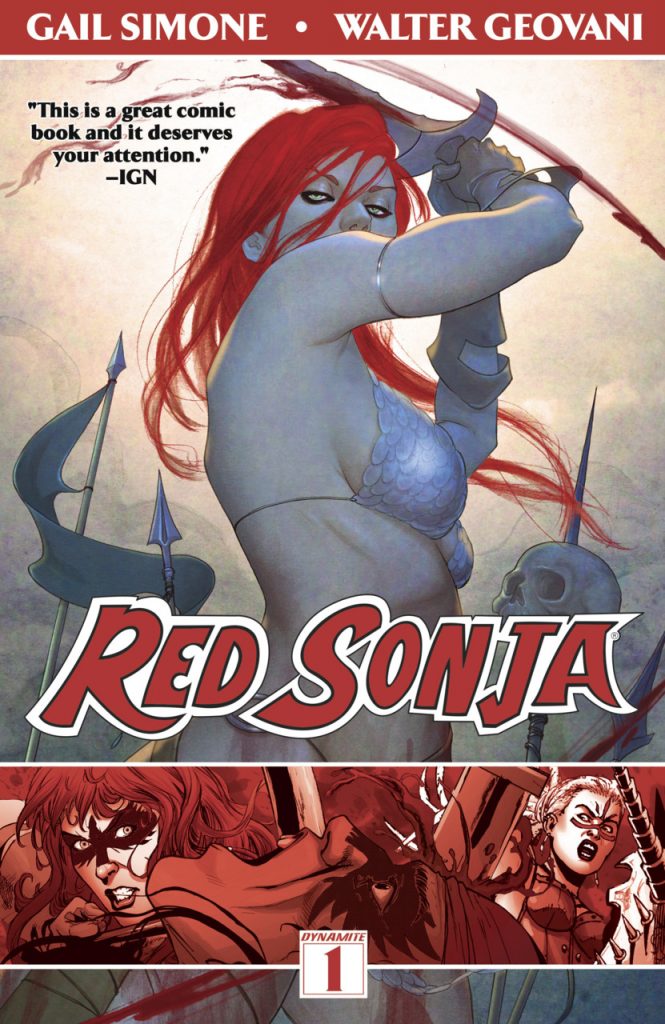 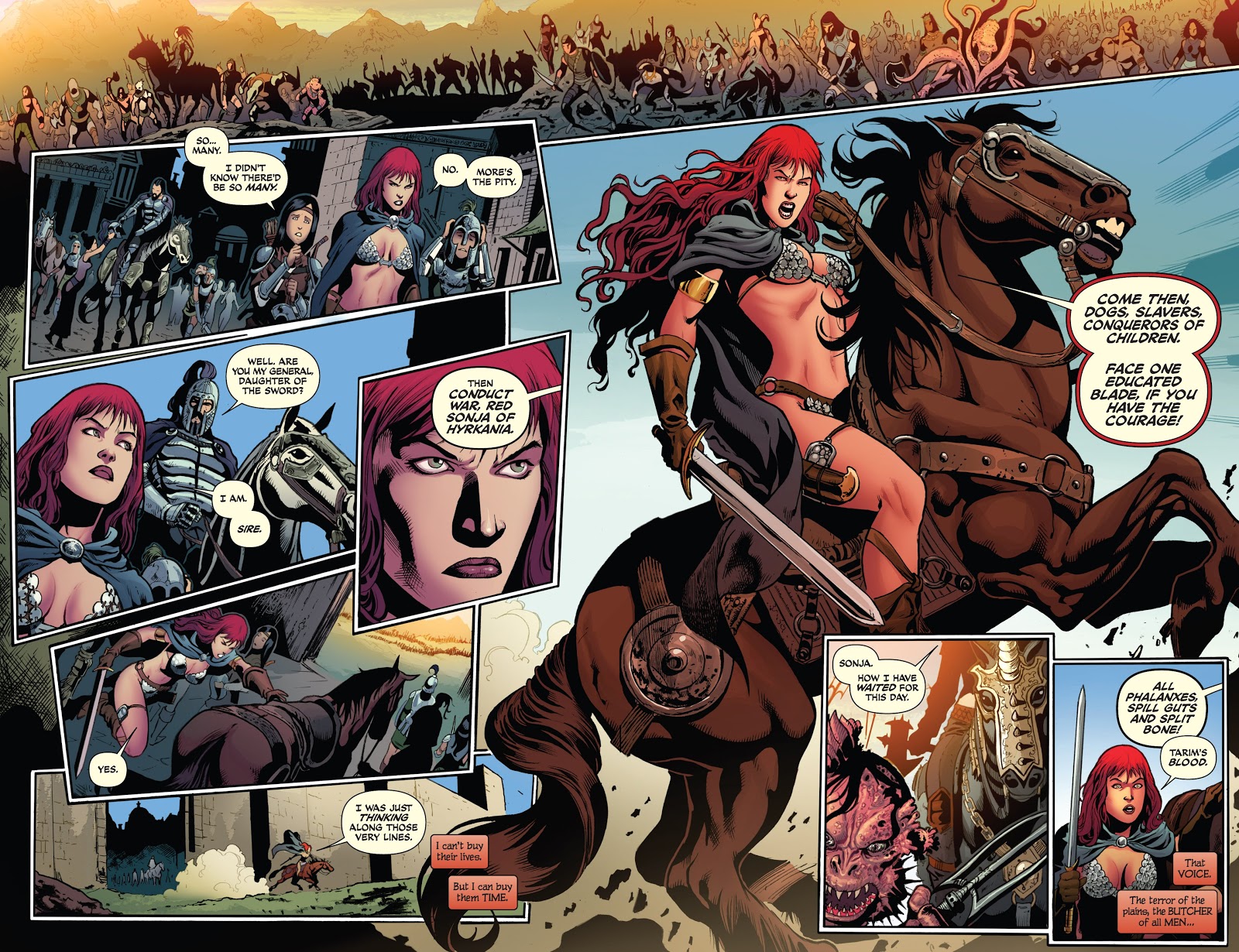 Early during his immensely successful run on Conan the Barbarian Roy Thomas realised the series needed a woman with a stronger personality than Conan’s usual fantasy conquests, and settled on an obscure character from Conan’s creator Robert E. Howard. Thomas fleshed out the warrior Red Sonja considerably, making her popular enough to earn her own series, but time has rendered her notorious chainmail bikini ridiculous. Could Gail Simone take an admittedly iconic character and update her for the 21st century? That Queen of Plagues was rapidly adapted for an animated adventure suggests she could.

Simone’s tactic is to ignore the ridiculous aspects of Sonja, present her as is and take it from there, gradually altering the clothing. After establishing how deadly she can be, Sonja honours a debt by attempting to forge a fighting force from a community about to be attacked. No-one else will come to their aid as the area is contaminated by plague. When the Zamorans finally arrive they’re led by someone Sonja knows of old. That’s reason enough to drop back into the past, not just regarding their shared period, but earlier in Sonja’s development also. Those early days provide a great sequence, the novice Sonja empowering herself and beginning to learn just what she can become.

Walter Geovani’s art is tight and detailed, presenting Sonja as she traditionally is, but without descending into sleaze, and convincing with a world not just inhabited by humans in isolated villages, but humanoid monsters. He populates his action scenes with the chaos of battle, and is good at designing individual clothing for his cast, clothing that moves with them rather than sticks to them. He gives the people a nobility as well, on several important occasions by providing a view from below, inflating their stature, and along the way provides several iconic pin-ups.

A classic fall and rise story pushes all the right buttons in defining who Sonja is, what she does, how she does it and why she’s someone to be reckoned with. At the same time Simone provides a plot that drops surprises and provides interesting people, both good and bad. It was a new and credible beginning for Sonja, and a veritable industry for Dynamite who soon had other creators working on spin-offs of diminished inspiration and quality. Stick with Simone’s work on Red Sonja, which continues with The Art of Blood and Fire. The plan is that both will be available along with the third volume in November 2019’s Red Sonja: The Complete Gail Simone Omnibus. 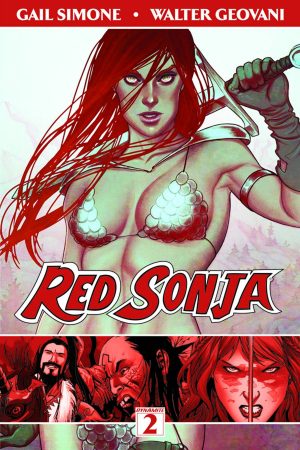 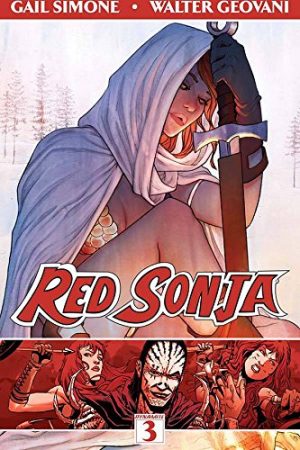