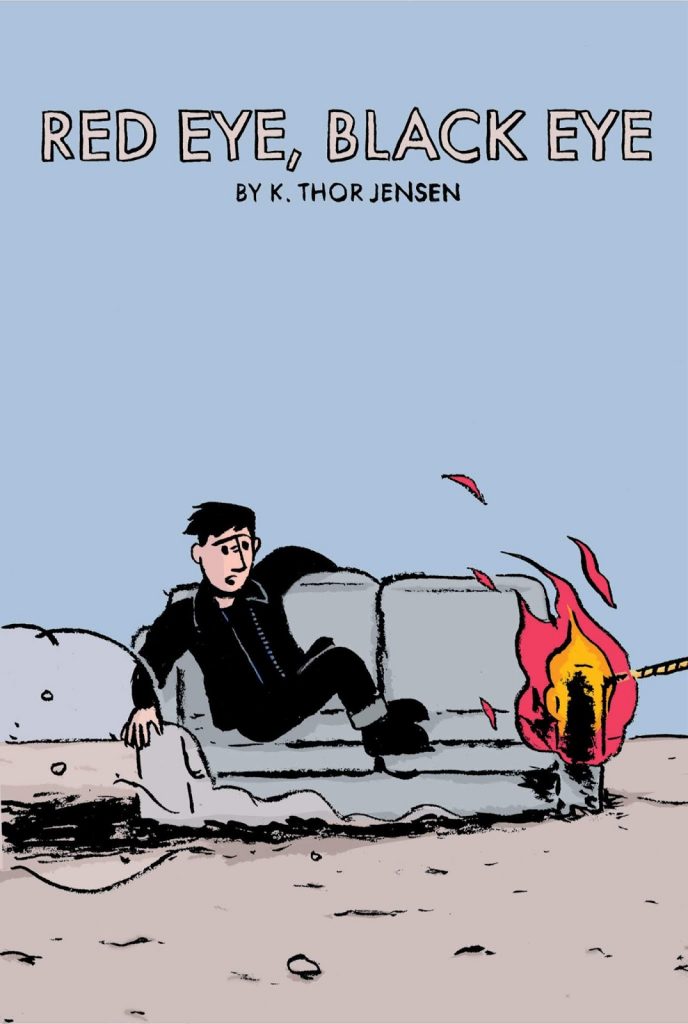 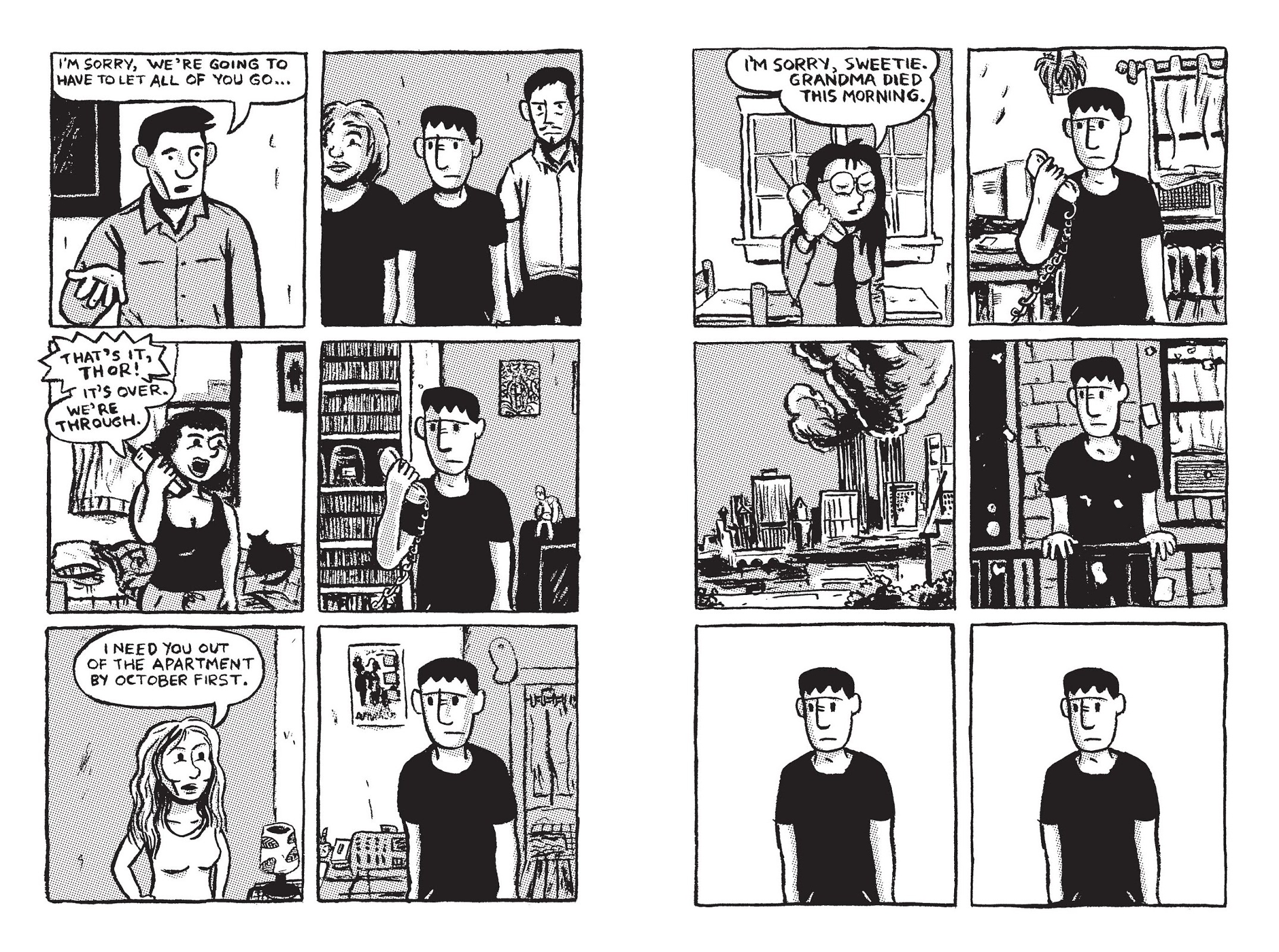 As seen by the sample art, in relatively quick succession New York resident K. Thor Jensen lost his job, his girlfriend, and his apartment. Shortly after those events, planes were flown into the World Trade Center. Jensen’s solution is to buy a two month bus pass that will take him anywhere in the USA, where he’ll crash with friends for a night or two and see what happens.

It’s an interesting response to a series of setbacks, and Jensen’s behaviour in the early stages acknowledges a repressed rage that’s not been dealt with, and which seeps out out at odd moments. He’s provocative, sometimes deliberately offensive, and potentially violent, excitingly boasting that his trip won’t be complete if he doesn’t return home with a black eye, the night buses he travels on supplying the other half of a clever title.

The limitations of a graphic novel seem obvious from the start. Anything readable requires incident. Jensen partially circumvents this by including stories and anecdotes related by the people he stays with and the people he meets, but these are mixed bunch. It’s unfortunate that Matt broke both arms and then accidentally sliced his foot, but it’s hardly a poignant recollection that tugs at the heart, and many other people’s stories lack a real punch. Graham Norton would turf most of them straight off the red chair. Likewise Jensen never overcomes a pattern of repetition. Everyone has to be introduced and contextualised, but few have any great purpose in the wider scheme of things, and they separate scenes of bus journeys and the lack of a shower. With the structure locked in by Jensen’s six panel per page grid he never masters the compression necessary to make Red Eye, Black Eye a far more readable experience. The cartooning itself is good, loose and expressively conveying the dull routine, but after a while that also lacks variety.

On the few occasions when the ordinary is sidelined there’s an indication of Jensen’s potential. The only departure from the six panel grid is a shocker, and the best incidents are toward the end of the book when Jensen turns up in Brantleyville. The guys he stays with there enjoy unloading a few rounds into the night, burning sofas, and taking tourists to The Slabs, two giant slabs of concrete in the middle of the river. If only all his visits had been this weird and surreal.

By the end of the book even Jensen himself acknowledges his trip has been ordinary, providing no answers. While there’s a case to be made for the journey being all, Red Eye, Black Eye really needed condensed to somewhere around half the length to provide anything other than a personal remembrance for Jensen. 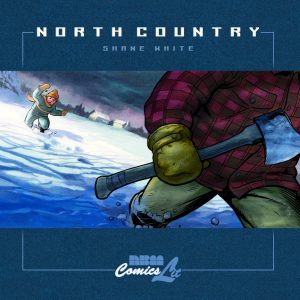