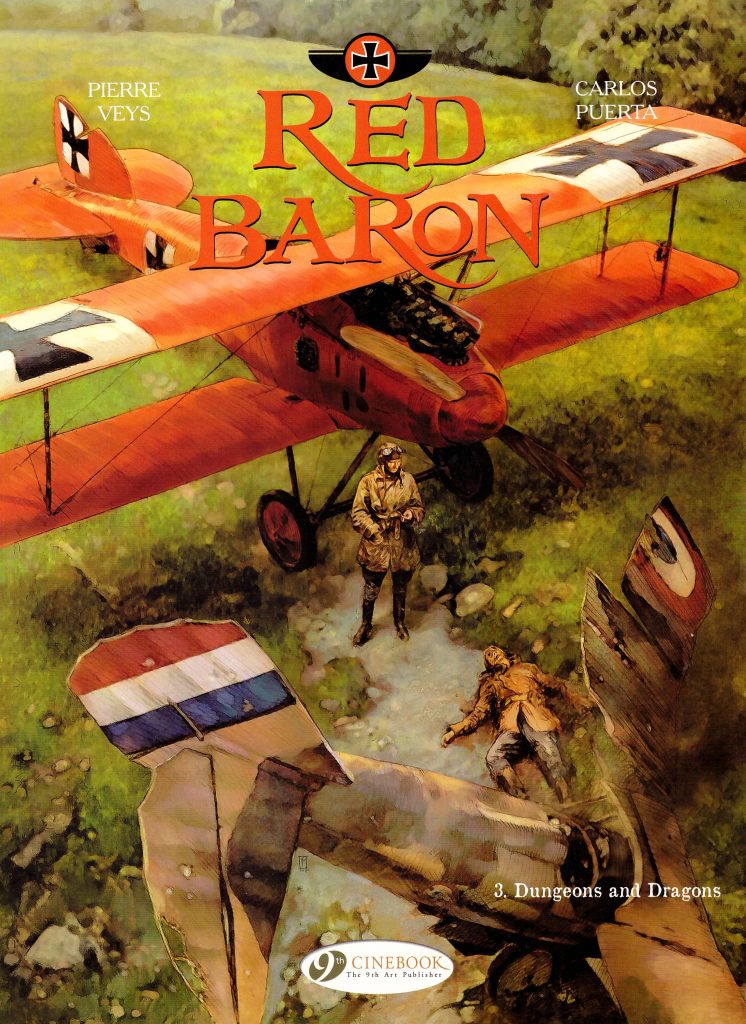 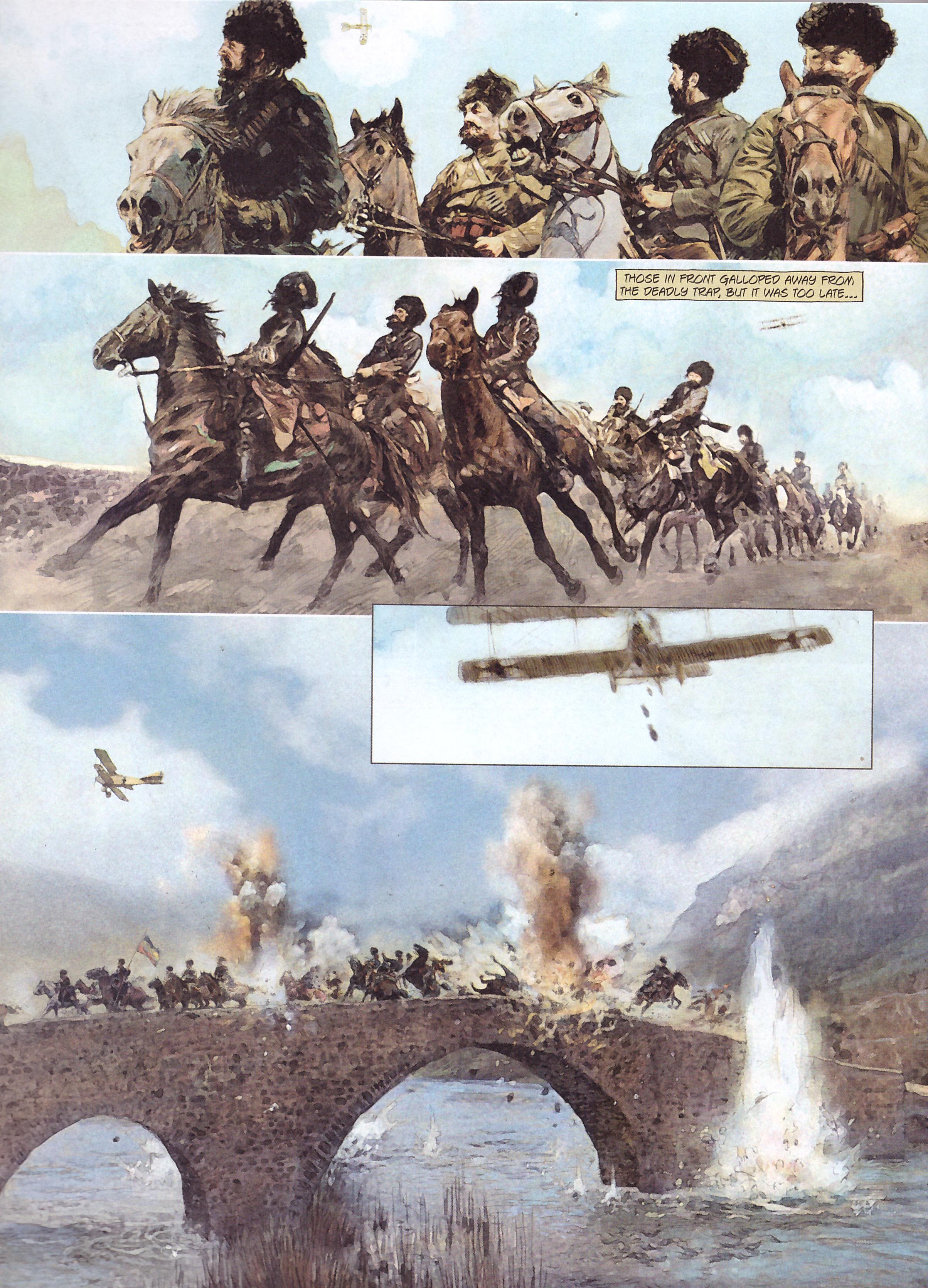 The extrapoloation of legendary German World War I fighter pilot Manfred von Richthofen continues with the action switching from the Belgian battlefields to Russia, then to France where the Red Baron title was earned.

Dungeons and Dragons has a tension missing from the previous Rain of Blood, as it sees von Richthofen in the same squadron as German nobility who held a grudge from their time together in cadet school (see Machine Gunners’ Ball). In addition to concentrating on British planes, von Richthofen faces danger from supposed colleagues. As he’s now reached the arena where von Richthofen earned his formidable reputation, Pierre Veys takes the time to consider the nuances of flying, and presents a scene of the famous red plane being painted, explaining the logic behind making it so identifiable. As more scenes of aerial battles follow, featuring greater amounts of planes, it’s also a useful marker for artist Carlos Puerta.

When it comes to drawing the planes Puerta isn’t a nuts and bolts man, the shape and basics being enough to tell the story. Again, he’s phenomenally good, and as von Richthofen isn’t seen in as many head shots, the inability to keep him looking consistent isn’t as distracting. The early action scenes take place in Russia, and Puerta’s scenes of devastation after the bombs have dropped are a curious mix of the impressionistic incorporating realistically drawn portions of trains.

In the opening album Veys established von Richthofen as having a form of telepathy, able to hear the thoughts of others when he was in danger. Until now it’s been a fanciful explanation of his uncanny instincts without being too convenient, but Veys overplays it in a sequence dealing with British tanks. It’s a strange sequence altogether, Veys introducing an intrusive and surprising swivel of the spotlight to the British, the first time in the series that von Richthofen hasn’t been the centre of attention. The best scenes are the flying sequences and those dependent on von Richthofen’s incredible arrogance, with a superb confrontation near the end. It’s subtle, needing to have been set up by underling the talent for reading thoughts, and leads into the cliffhanger finale.

More so than in the earlier albums, Mark Bence’s translation reads awkwardly, with too much dialogue obviously there just to explain. In part this is down to Veys’ original script, but it could have been tidied up a little, and there are also grammatical errors (“less of an”).

Overall this is another tidy episode, benefiting from the greater suspense, and with the usual excellent art, but the ending is troublesome. It finishes the series, simultaneously revealing that far from being a biography of a famous German fighter pilot that actually existed, it’s been about someone with the same name in some alternate reality, who’s life followed much the same course with the same touchstones. Beyond the story device of sensing danger, this has never previously been suggested. You may feel cheated.