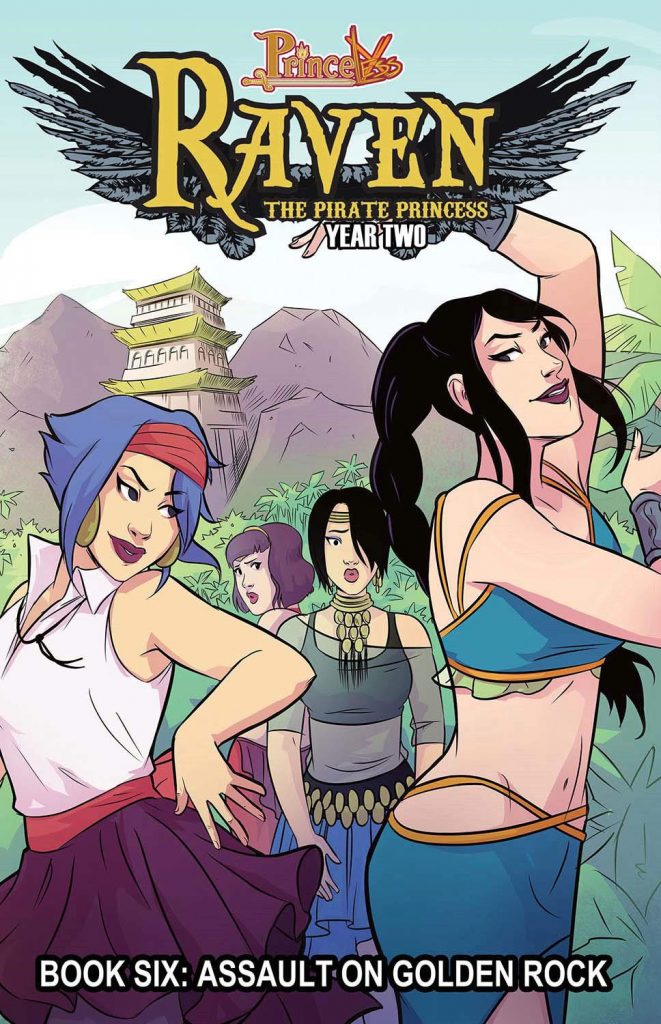 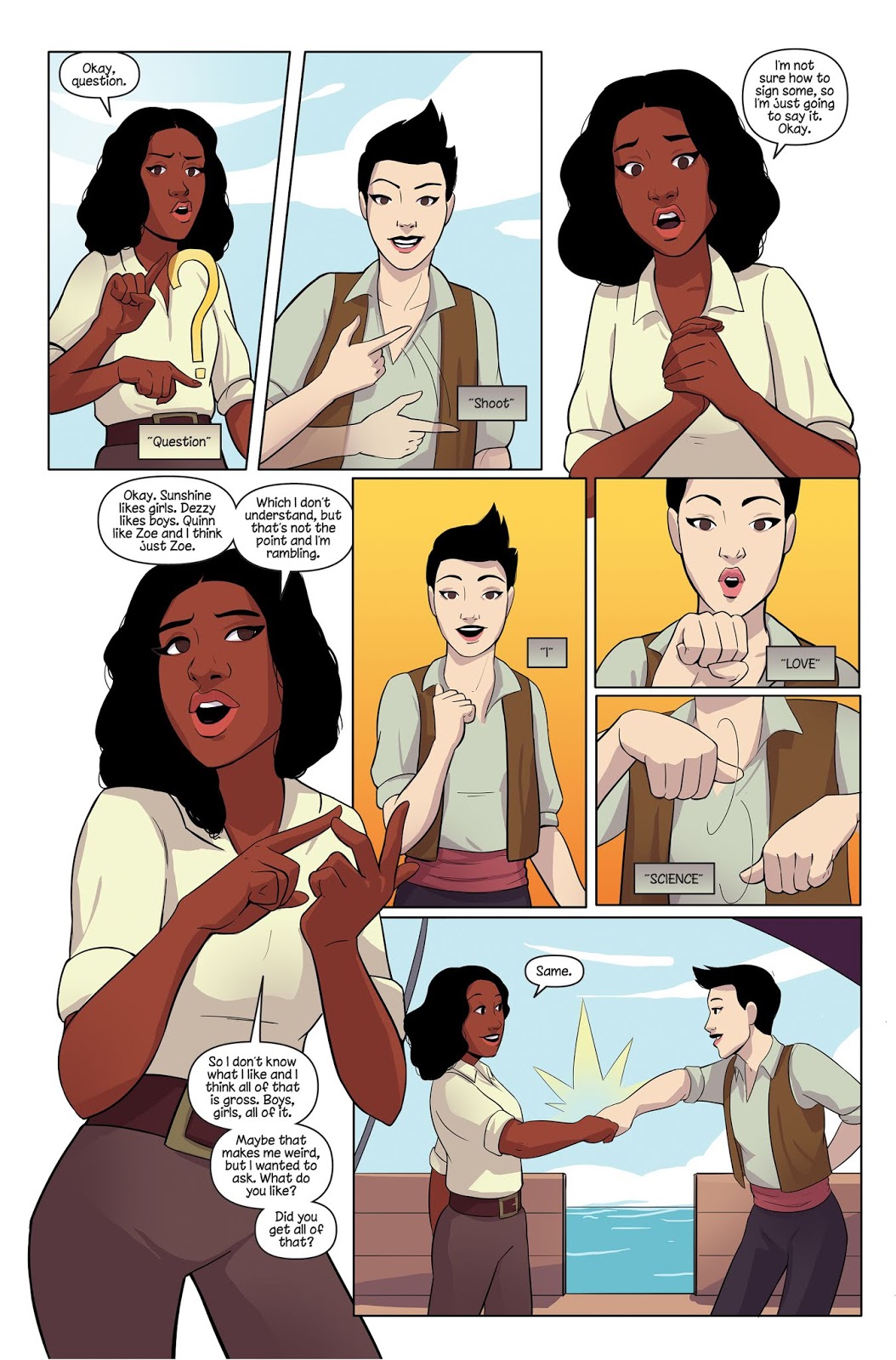 The reason there is an all-girl pirate crew is because Raven has gathered them together determined to restore her birthright, which is to be a pirate leader. Her two brothers have stolen that birthright, and the reason there’s to be an assault on Golden Rock is because one them lives there. Of course, you can’t just land on an island run by a pirate and expect to walk right in. Knowing the layout of the land is a necessity. That’s just one of the obstacles neatly overcome in what’s a really fun outing.

After the balance moving too far away from the continuing plot in Get Lost Together, Jeremy Whitley steers matters back toward it, with greater focus on the primary mission while still finding space to include character moments. It’s also nice to see some science employed again after several volumes of Jayla being sidelined. The pencil art reverts back to Xenia Pamfil, with previous artist Christine Ripp inking, and that’s an improved combination. The crew are back to looking more individual, there’s a little more detail, while producing regular pages has made Pamfil better at laying them out.

There’s a relatively slow beginning, but Assault on Golden Rock is a graphic novel to remind us what we so loved about Raven, Pirate Princess in the first place. There’s action, mystery, intrigue and suspense along with some great character moments and some good revelations. Whitley has the formula down, and if the pattern of very careful planning being completely upended is something we all know, the way Whitley follows through with it is a delight. Next is Date Night.