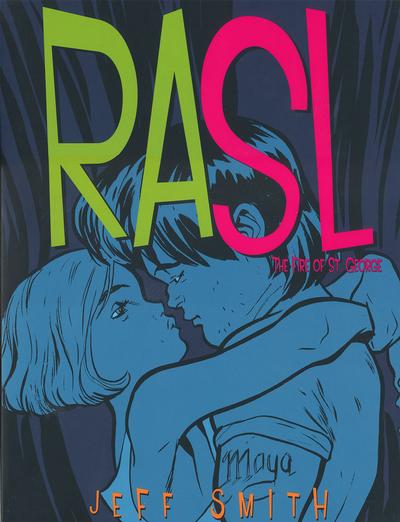 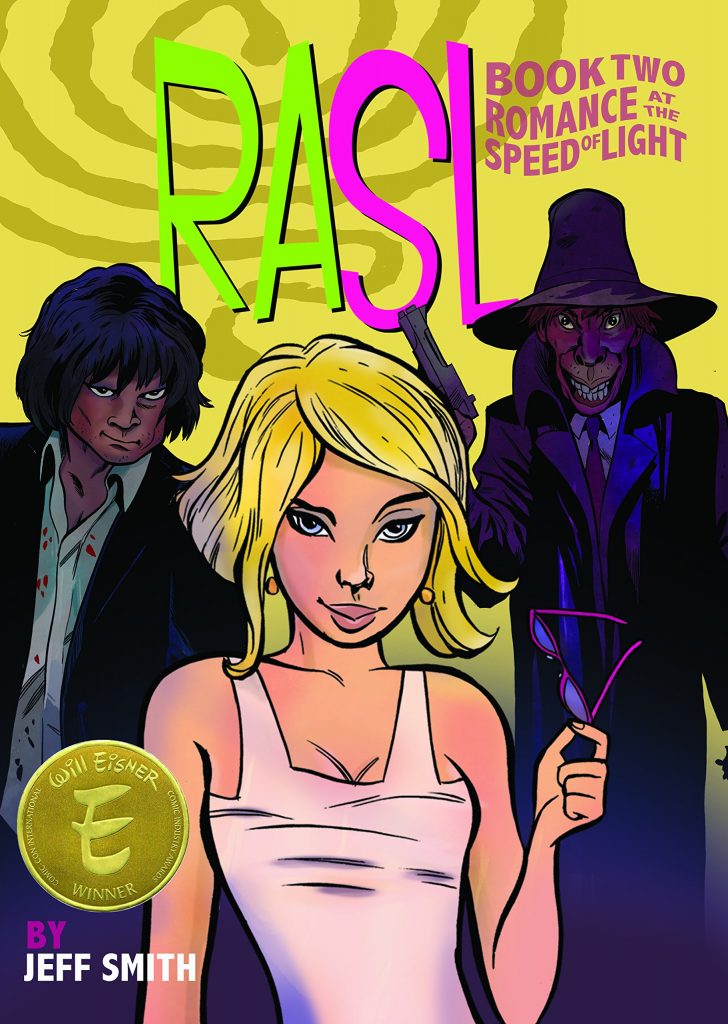 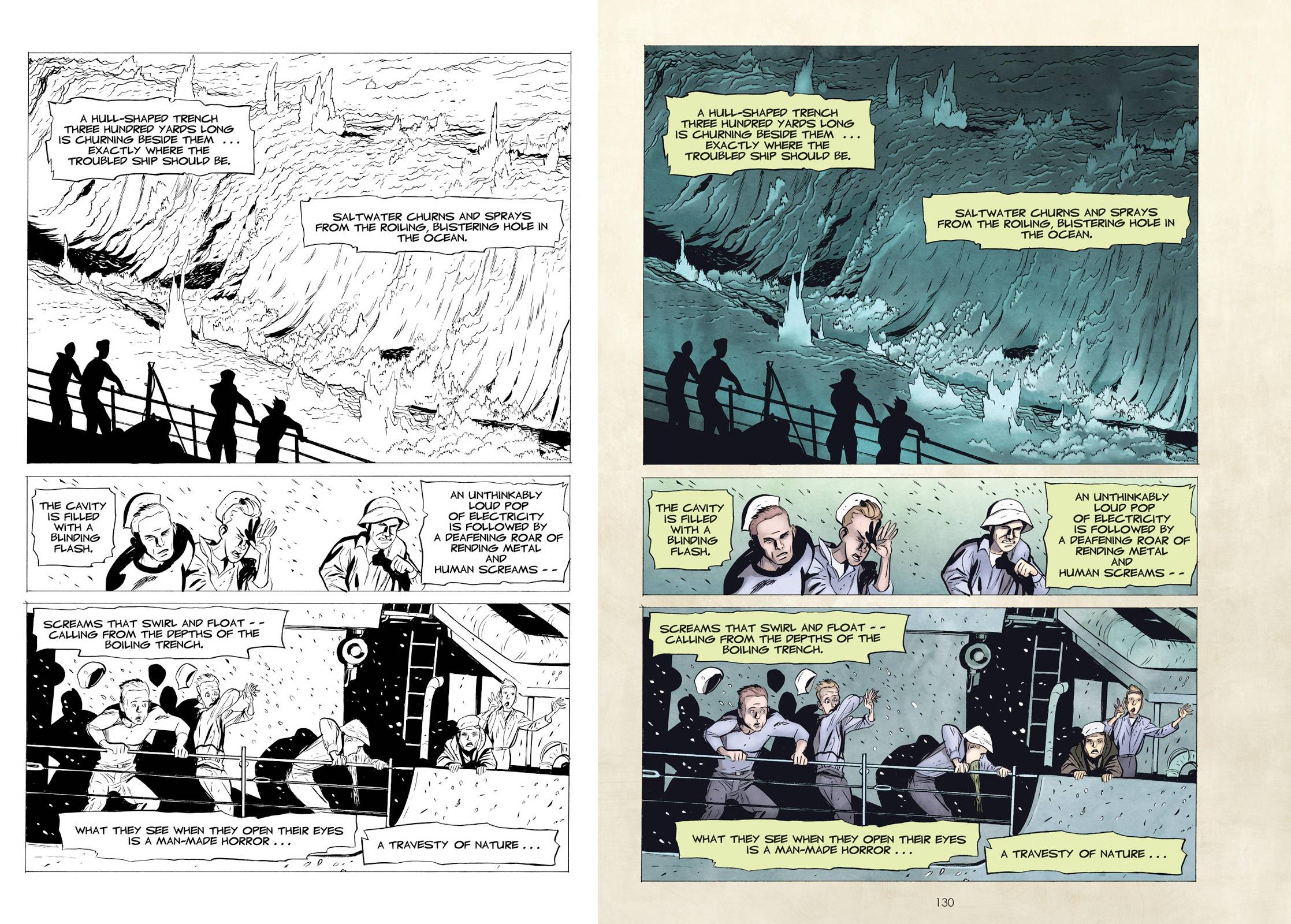 Rasl travels to Earth in alternate dimensions via teleporting machinery he and a former colleague engineered. The Drift showed him in the past as Robert Johnson voicing concerns about the military application of the technology. The main story takes places two years later when he’s a very different man, his life and that of others endangered by what he’s doing as a killer stalks him and those he cares about. He’s also seen trudging through the desert, an uncertainty as to when this is.

It’s already been established that skipping through dimensions takes its toll on Rasl, and over the three chapters taking us to the story’s halfway point Jeff Smith reinforces that. The weakness appears to come rapidly without warning and there’s also the matter of the disappearing tattoo. Should anything be read into this or is it artistic error? Another difficulty of travelling into different dimensions is keeping people straight, a theme Jeff Smith delves into. When developing technology Robert was also knocking off his friend and partner’s wife Maya, subject of his occasional tattoo, who worked with them, yet in another dimension she’s Uma, a museum curator. Another friend Annie remains a prostitute whenever seen.

In The Drift Smith used myth and symbolism as an artistic counterpoint, and here he skips masterfully through conspiracy science and fiction, touching on the Philadephia Experiment, the Tunguska Event or Frankenstein just long enough to weave it into the bigger picture. He lingers longer on the life and work of Nikola Tesla, whose science Smith locks into Rasl’s developments. More subtly he also has Rasl’s path of discovery involve Tesla’s notes, yet also the danger of following his disintegration.

By the end of St George’s Fire Smith is confident enough to have cleared up most of the mysteries he introduced in the The Drift. Some assumptions have to be made about the final pages, but the effect is clear enough. It’s been another fast-paced thrill ride, providing a more sympathetic side to the not very likeable Rasl himself and it leaves him with one hell of a problem with no obvious solutions. Romance at the Speed of Light is next.

RASL is available as a complete edition, but only in colour, albeit for a collection that won the Eisner Award for Best Reprint Album. Smith has broken that down into four volumes matching the original pagination. The colour works for brighter scenes, but those are limited, meaning there’s not a lot of variety to dull pages that worked better in the original black and white, which should be the format of choice, and all links lead to it. Confusingly, Smith has switched the titles for the second and third volumes, making this Romance at the Speed of Light for the colour edition, and the following content The Fire of St George. Why?