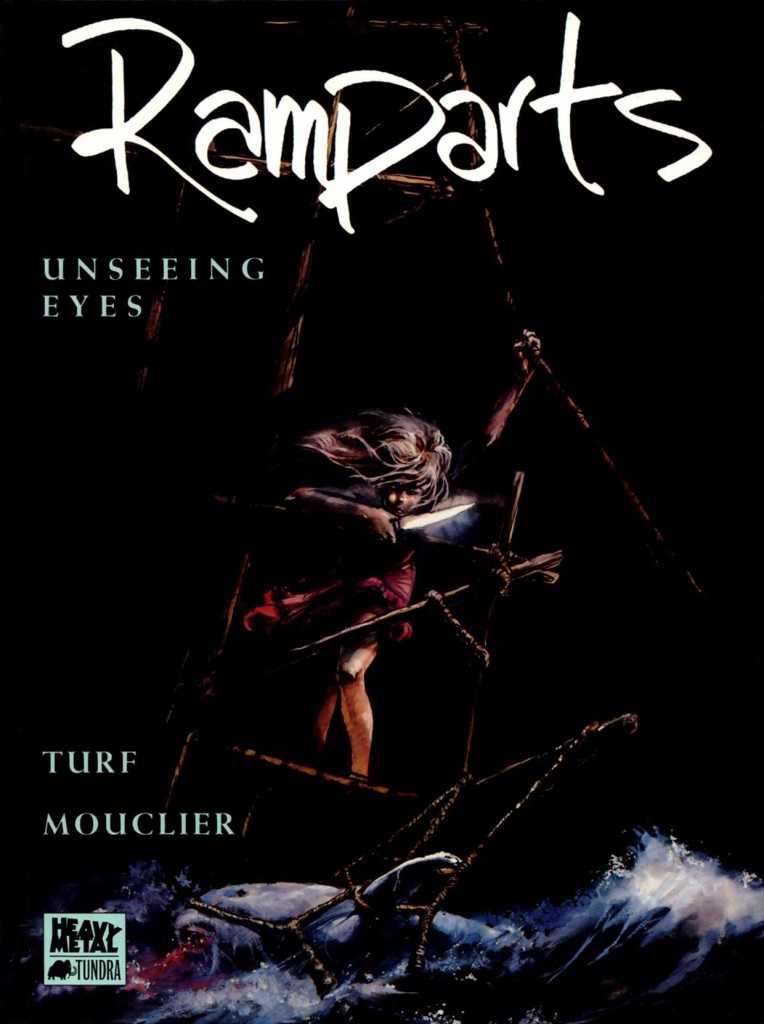 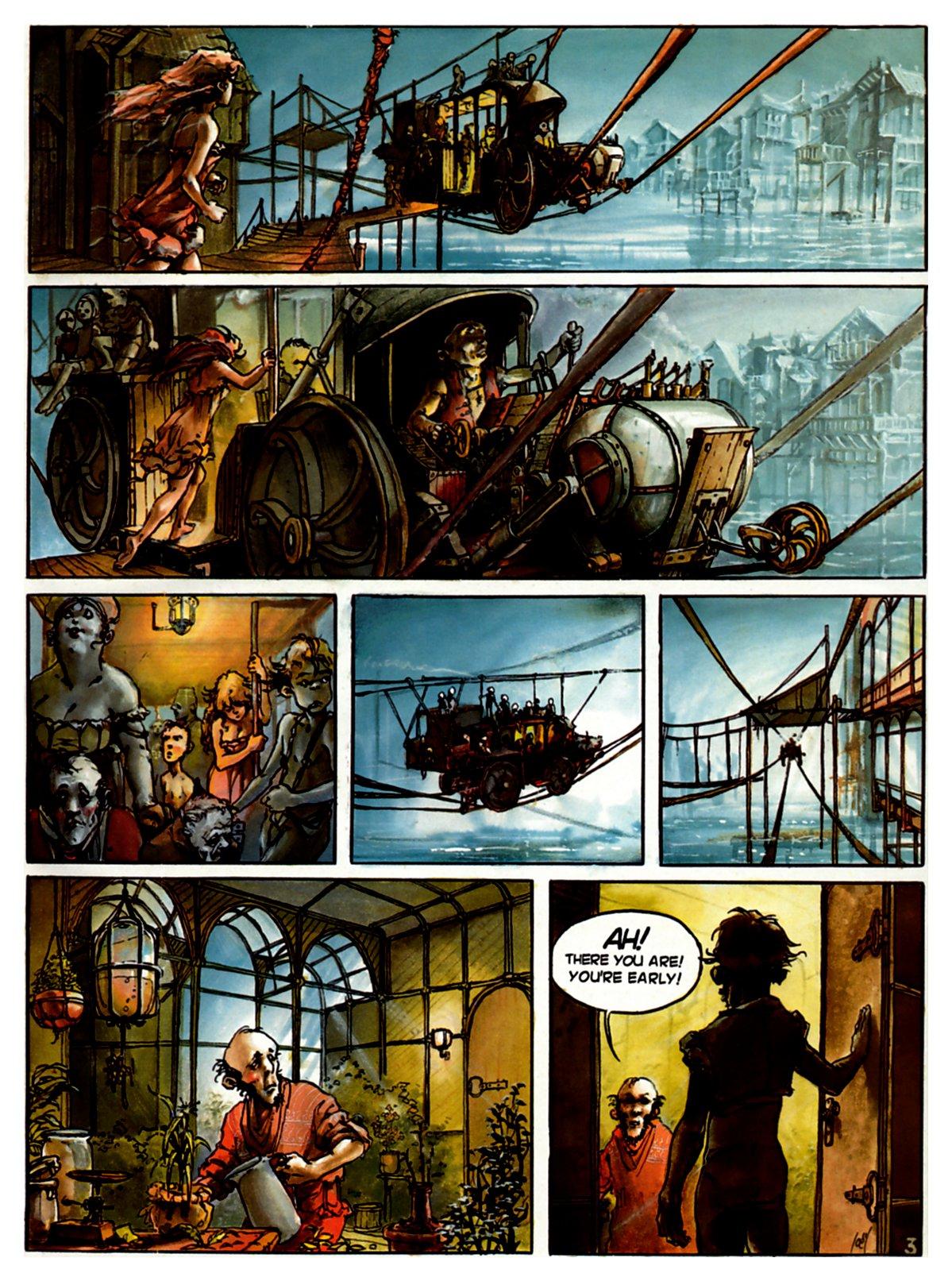 A later entry in Heavy Metal’s early 1990s line of hardcover European format graphic novels, Ramparts is only the first half of a two part story, with the second never translated into English, not even for Heavy Metal magazine.

That’s a pity as Joël Mouclier’s art is very good in places. He’s designed a gloomy industrial steampunk society built on a platform in the middle of the sea. We visit factories and other locations where he needs to make the technology work, and he’s convincing with it, in scenes set in an abattoir for instance. His people, all with long and sad faces reflect the gloom of their society, which is being ravaged by disease. No-one knows its origin, let alone how to cure it, and Mouclier throws in subtle little touches such as the homemade calipers enabling one the of the leads to walk.

Unfortunately this is all in service of a wooly plot by the mysterious Turf. While what appears to be a translation that doesn’t entirely convey the nuances isn’t any help, Turf is still responsible for the rambling and repetitive scenes of characters wishing for forms of a better life. The harshness of the society and the lack of discrimination applied by the disease is reinforced via the experiences of our heroine Lamantine, her very name suggesting a lament, who has odd fever induced dreams.

Based on this opening album it’s doubtful that the untranslated concluding album pulled everything together in masterful fashion. What we’re left with is a lot of good art in the service of a very poor story.