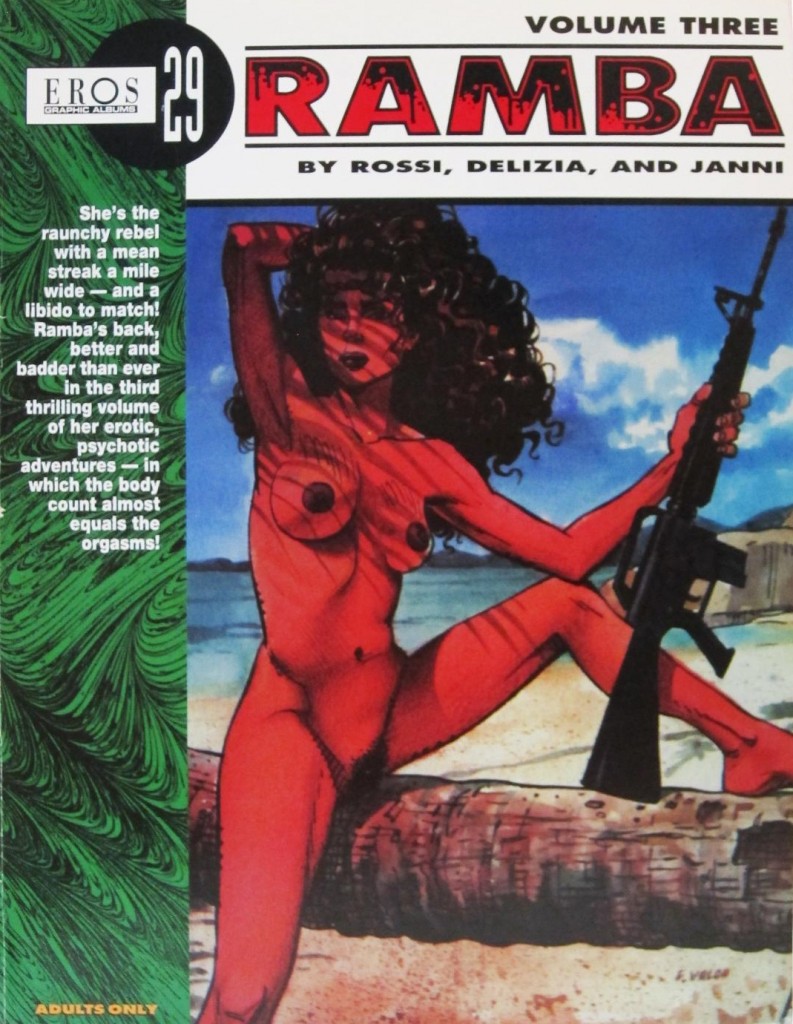 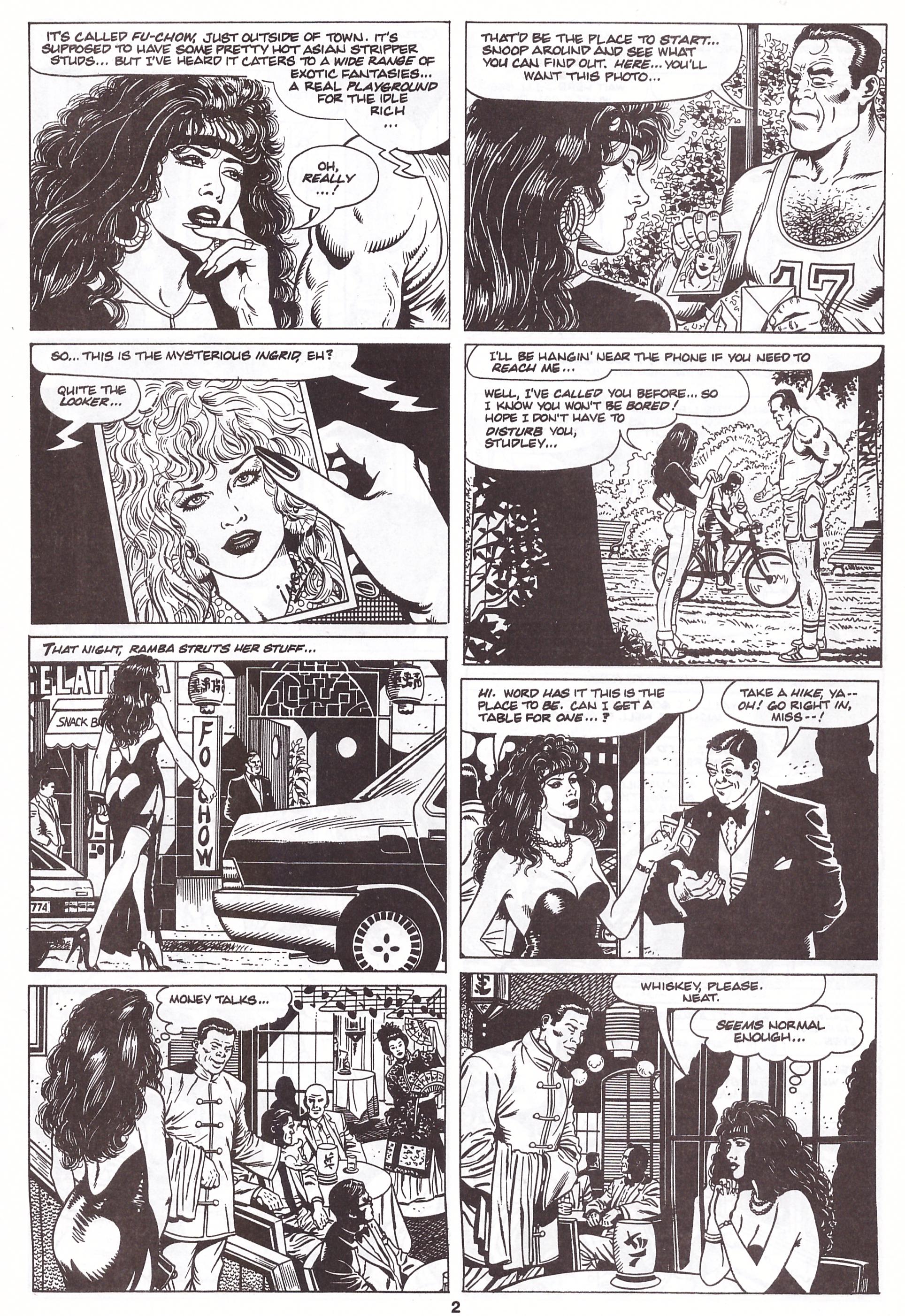 Far more so than superheroes, graphic novels whose primary purpose is sex service fantasies, those of the creators and the readers, and there’s a consideration that treating them as such means they’re a harmless indulgence for the open minded. That is as long as any participation is willing. Every reader will have their own idea of where the sexual exploits depicted in Ramba go too far. It’s hoped there aren’t too many unable to consider any line has been crossed during the series. Fantasy or otherwise, volume two wildly overstepped the mark by introducing the subject of rape, then lingering on it gratuitously, and there’s further grim association of sex with violence to be found here. It’s inventive and it’s horrible, but occupies only single panels rather than pages, and as such involves a personal decision. Is it acceptable villainy in what are exaggerated James Bond style adventures with plenty of sex, or are any such depictions of sadistic violence unacceptable?