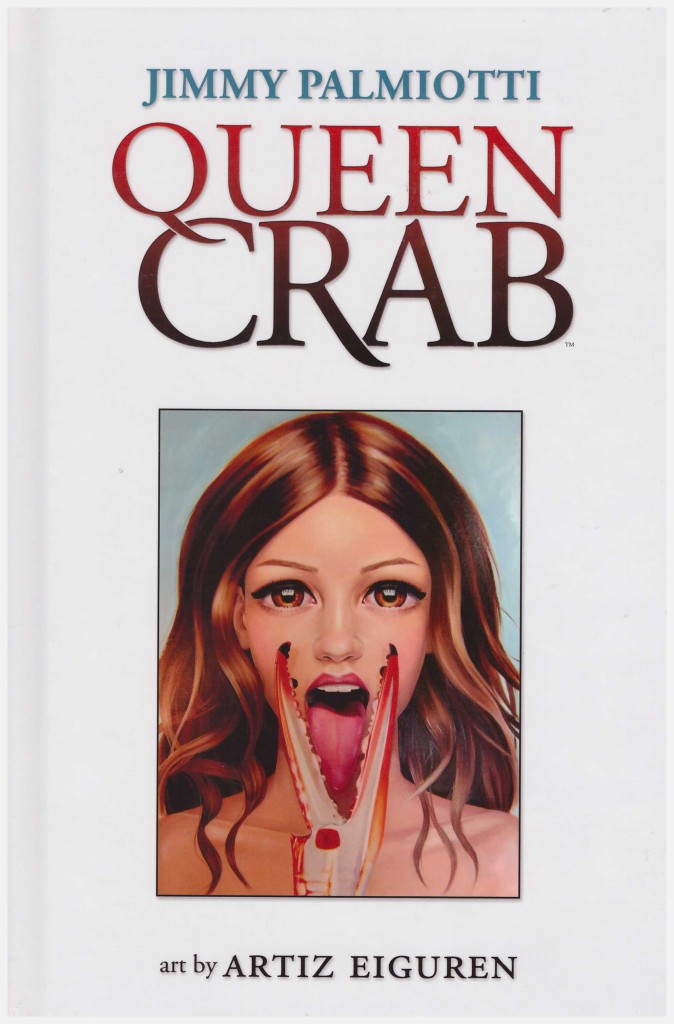 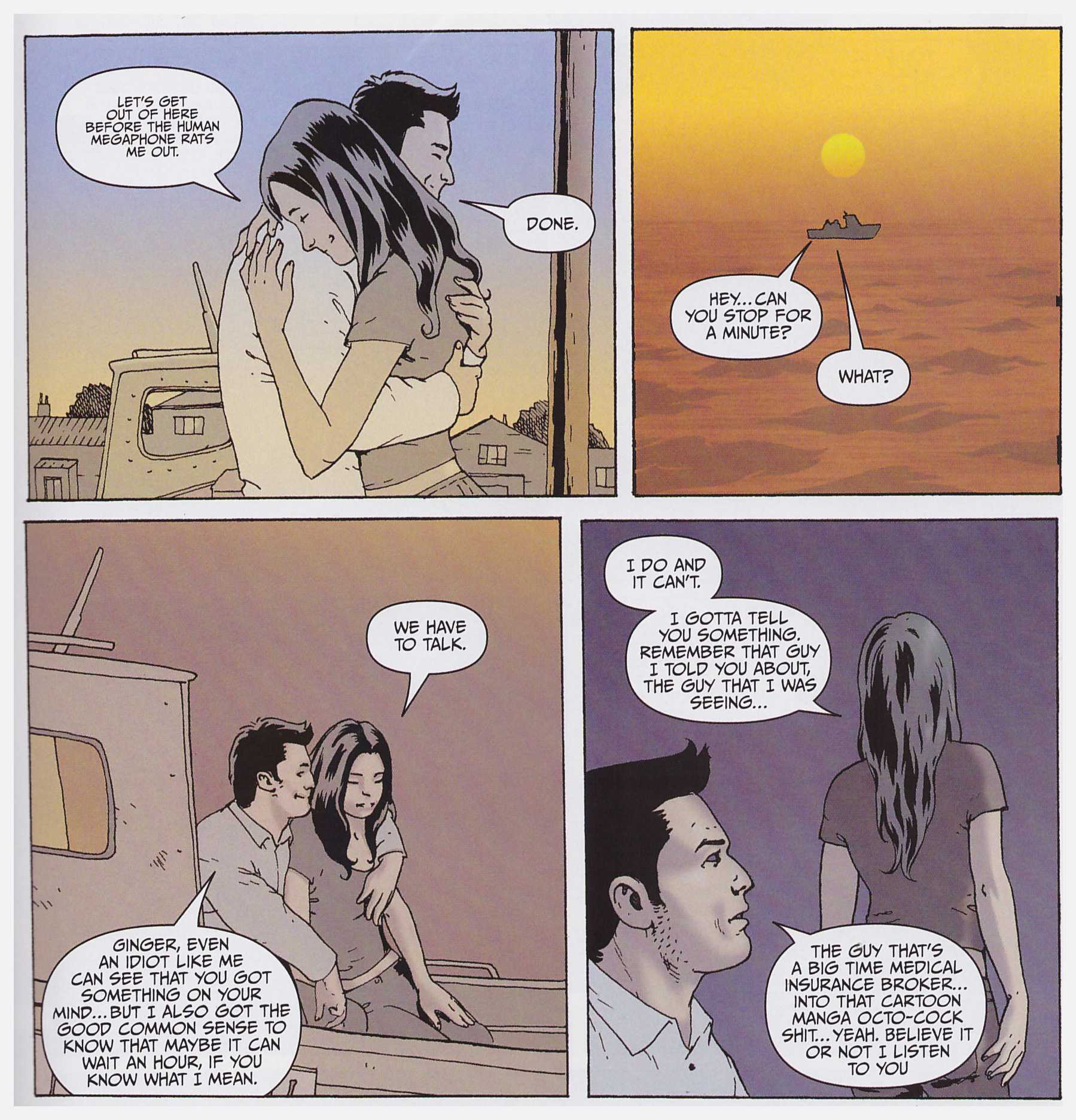 There’s one very big problem with Queen Crab, and we’ll get to that in the third paragraph, but that requires some spoilers.

Nikki Drake is a likeable woman in her late twenties on the verge of getting married to Murray, a kind of geeky guy who can offer some security, unlike Vincent, the guy she’s knocking off on the side. Nikki, however, is aware that Murray’s not squeaky clean either, and she’s trading comfort for a form of desolation. Jimmy Palmiotti’s plot has its failings, but he presents a lead character and supporting cast that most people should relate to positively or negatively.

Spanish artist Artiz Eiguren’s figures are somewhat stiff and awkward, but no more so than many other artists working regularly, and there’s a clarity to his storytelling. So far, so good. Palmiotti then veers so far off the motorway he ends up on the moon.

Around a third of the way in, our endearing heroine heads off the side of a cruise liner. It’s been established that she can’t swim, we like her, and the peril is real as she gradually sinks. The twist is that she doesn’t die, but instead wakes up on a beach in Coney Island. Oh, and her arms have been replaced by giant crab claws.

Now, when Jimmy came up with that B-movie plot in the bar late one night it was no doubt belly laughs all round. He, though, considered there was something to the idea, had enough faith to run with the project, and in the face of indifference from publishers raised money to cover the printing costs via a Kickstarter campaign.

The characterisation has been sympathetic, and that continues as Nikki comes to terms with her affliction and transformation. Some unsavoury elements have been revealed, and Nikki’s now more equipped to deal with them, but the life changes aren’t yet finished. However ludicrous the premise is, Palmiotti and Eiguren successfully straddle the fine line preventing this devolving into utter farce.

The minor problem is that much of the nudity is entirely gratuitous. The major problem is that such an out of left field premise induces an entirely reasonable expectation that there will be some form of explanation before the conclusion. The pages turn as the voice in the back of the head is nagging “How’s Palmiotti going to deliver on this? How’s Palmiotti going to deliver on this?” He doesn’t. We arrive at a subtle and sympathetic ending with no explanation for Nikki’s new state. Were the entire narrative immersed in surrealism it would be acceptable to view Nikki’s transformation as another piece of whimsy, but Palmiotti’s worked hard to ensure a naturalistic setting, so avoiding an explanation is plain cheating and shoddy writing. Perhaps it was intended for a sequel, but it seems those Kickstarter contributors weren’t to be fooled a second time.