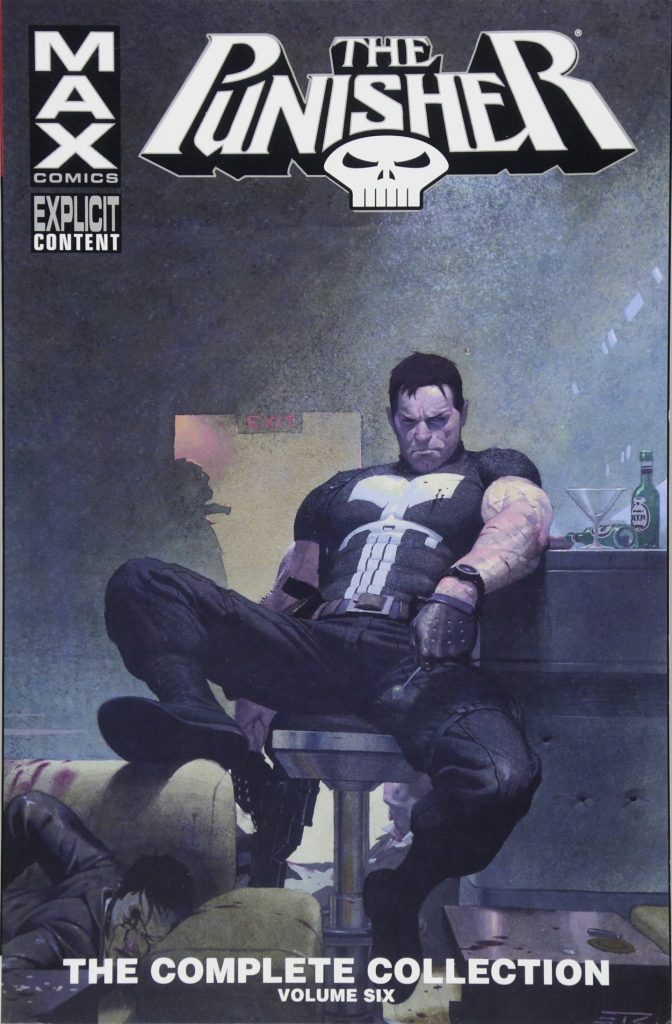 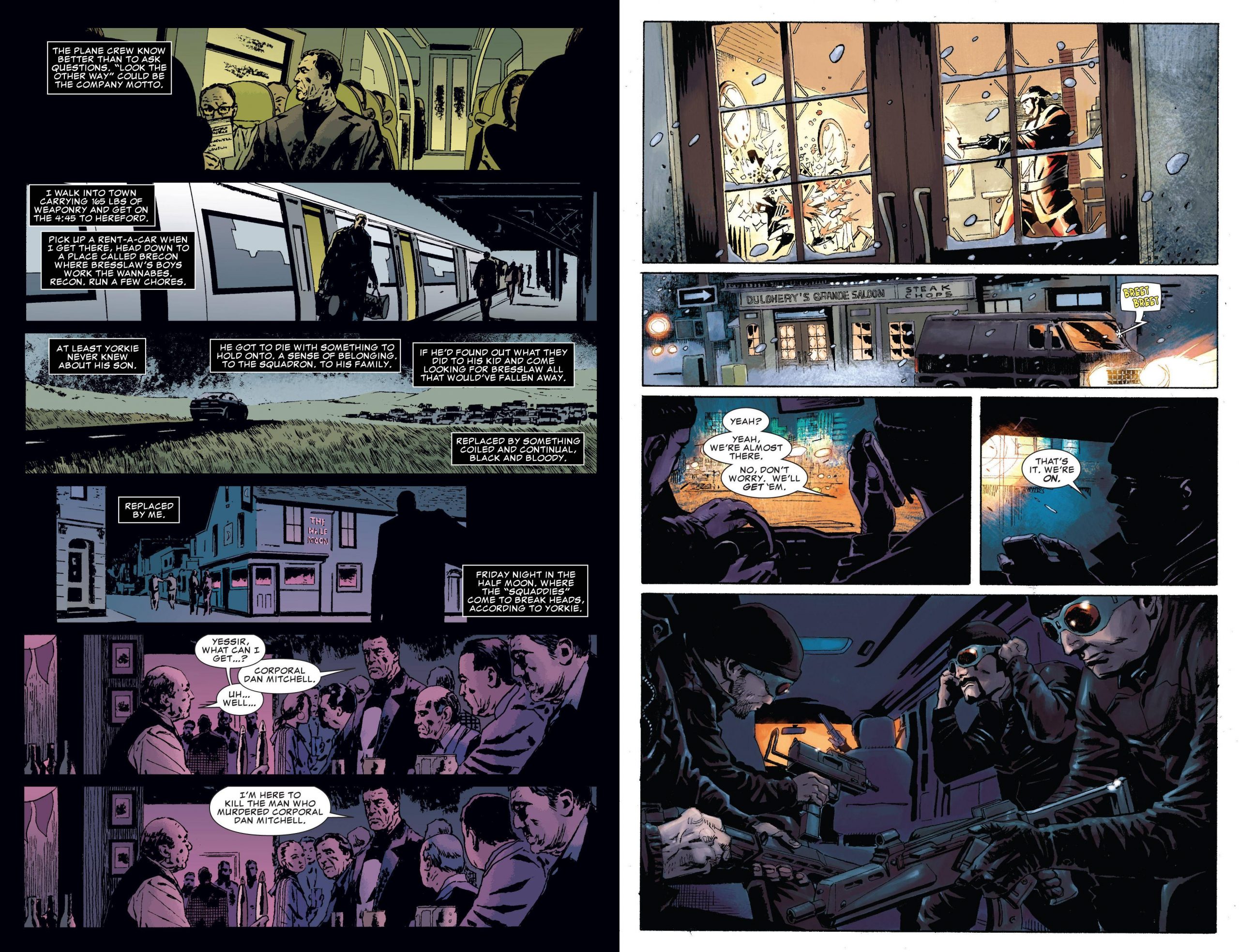 This penultimate Punisher Max Complete Collection compiles a dozen stories originally issued as one-shots, eight of which were subsequently compiled in paperback. The best of them are Jason Latour and Connor Willumson’s bleak dissection of criminals falling out and Jason Starr and Roland Boschi’s showing what’s unleashed when pressure is put on a compulsive losing gambler. Both are found in Untold Tales, while the connecting point of Naked Kills is the art of Laurence Campbell (sample art left), stiff and avoiding movement if possible, but gritty. Rob Williams taking the Punisher to a UK SAS base is the best of that selection, although Jonathan Mayberry’s story of snuff films also resonates. Follow the links for more in depth reviews.

Jason Aaron and Boschi (sample art right) open the collection, presenting the Christmas tale of a gangster’s wife about to give birth being just another opportunity for a hit. Aaron’s a good writer, so this hits all the right beats, being tongue in cheek, hilariously unsentimental and gruesome, but only one brief incident manages to avoid the general level of linear predictability.

Whether ‘Happy Ending’ by Peter Milligan and Juan José Ryp lives up to the title depends on who you’re rooting for. Ryp’s artwork is the most detailed and astonishing in the collection, a few stumpy figures and posed faces negligible when compared to the sheer effort he puts into some pages. There’s a shootout between the Punisher and gangsters across a street, into which Ryp manages to cram two whole cars and the fully detailed front of another, a full figure of a crouching Punisher using two guns, three full figure corpses and three brownstones and multiple bullets. That’s on slightly less than half a page of a story involving a crosstown chase. The Punisher is largely secondary to the thoroughly entertaining character study of an idiot being taken for a ride in more ways than one.

A community offering a form of peace to Vietnam War vets is explored by Charlie Huston and Shawn Martinbrough in the atmospheric ‘Getting Mad’, or ‘Hot Rods of Death’ if you prefer the more bombastic cover title. The duality of that is smart, and the story plays out as a form of modern day Western that’s cruelly inventive and magnificently drawn. Vengeance is righteous and justified, and boy is it satisfying seeing it play out. Huston credits his influences at the end, but only takes their mood, and in a collection including some fine stories, this is the best of them.

‘Tiny Ugly World’ is the final story not reprinted elsewhere. There’s always been an imaginative barbarity to David Lapham’s writing, and a strong stomach is required for his depiction of a sadistic killer. Some may feel the lingering descriptive precision of the techniques cross a line. Dalibor Talijić’s precise art is wonderful, though, and as always with the Punisher, justice is eventually served.

As with pretty well every volume in this series, the good considerably outweighs the average and it’s the only book featuring Huston and Martinbrough’s mood piece, which counts for a lot.