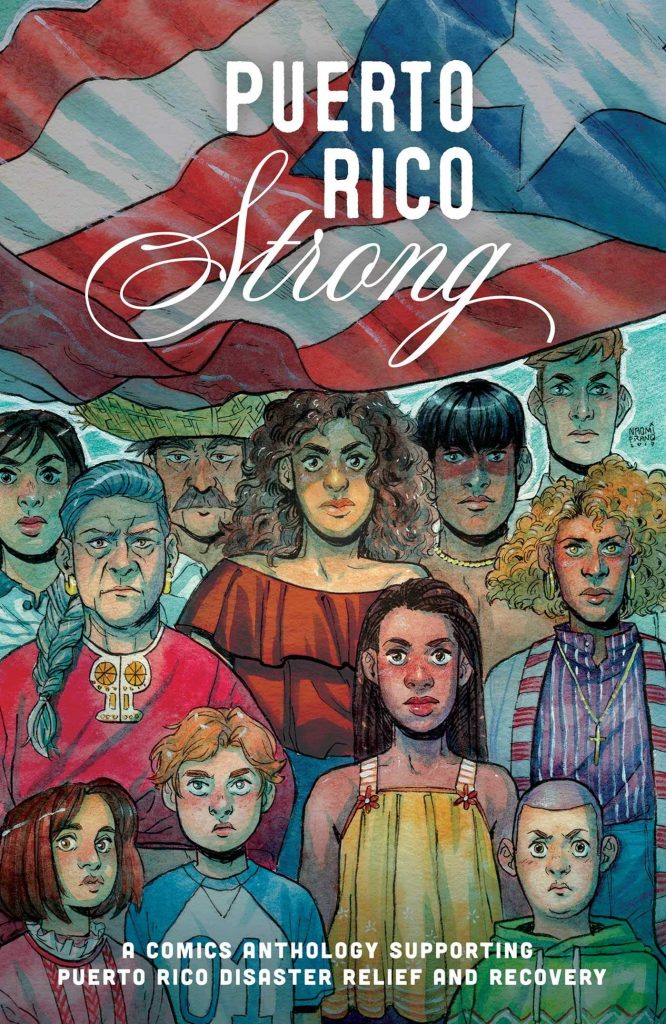 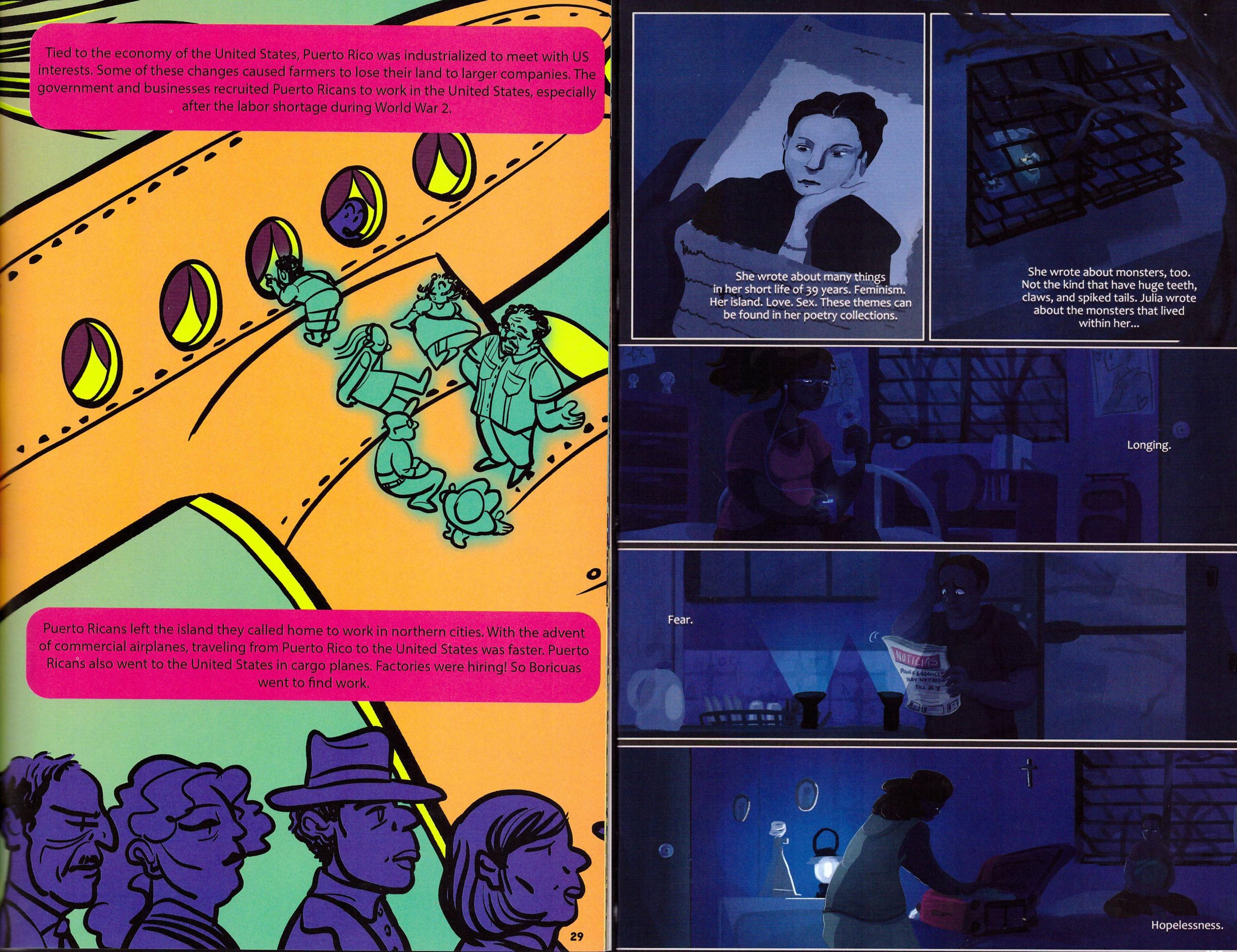 When Hurricane Maria devastated American protectorate Puerto Rico in 2017, it generated a disgraceful response from US President Trump, predictably slow, reluctant and lacking basic human compassion. Thankfully the comics community were more caring, co-editor Marco Lopez gathering the other editors after conceiving the idea of a fundraiser for relief and rebuilding that also showcases Puerto Rican and other Latin American talent. In one sense any review is redundant as Puerto Rico Strong’s purpose is paramount. Aid is still needed, and as of writing copies of Puerto Rico Strong are still available, and a cover price of $12.99 is a bargain that still helps people.

What you’ll get for that is a wealth of talented people telling their stories, with the creators taking different approaches. Some supply personal stories about heritage or concern for relatives after the hurricane, some explain history or culture, and some pass on the legends of the Taino people who first settled on Puerto Rico. The historical material is very enlightening, with the unfairness of history supplied early by Tristan J. Tarwater and Cynthia Santos (left sample page). Other creators delve into other aspects. At the time of the hurricane much was made of Puerto Rico’s debt, without any sense of self-awareness by a President who’s bankrupted several businesses. Rosa Colón explains the stacked deck underlying the debt. Even more horrifying are the birth control trials in Puerto Rico and continuous pressure on women to undertake a sterilisation procedure explained by Ally Shwed.

You’ll learn about Puerto Rican food, about the experiences of people who’ve left, about the past and about how that heritage is still valued. The most interesting treatment is Tony Bedard and John R. Holmes, recognising the importance of a story sometimes winning out over truth.

Some goodwill must be applied as no-one likes everything in an anthology, and in this case willingness is more important than professional standards. Some art in particular is that of the inexperienced enthusiastic amateur rather than someone who earns a living from their talent, but balance that against some amazingly talented people you may not have come across before. Kristen Van Dam’s illustration is a stunner, and modified for the back cover, and the right sample art is from the final story by Eliana Falcón-Dvorsky for Amparo Ortiz’s recollection of Julia de Burgos and what she inspired.

Do some good, buy Puerto Rico Strong, if possible directly from publishers Lion Forge, in order that the maximum amount goes where intended.