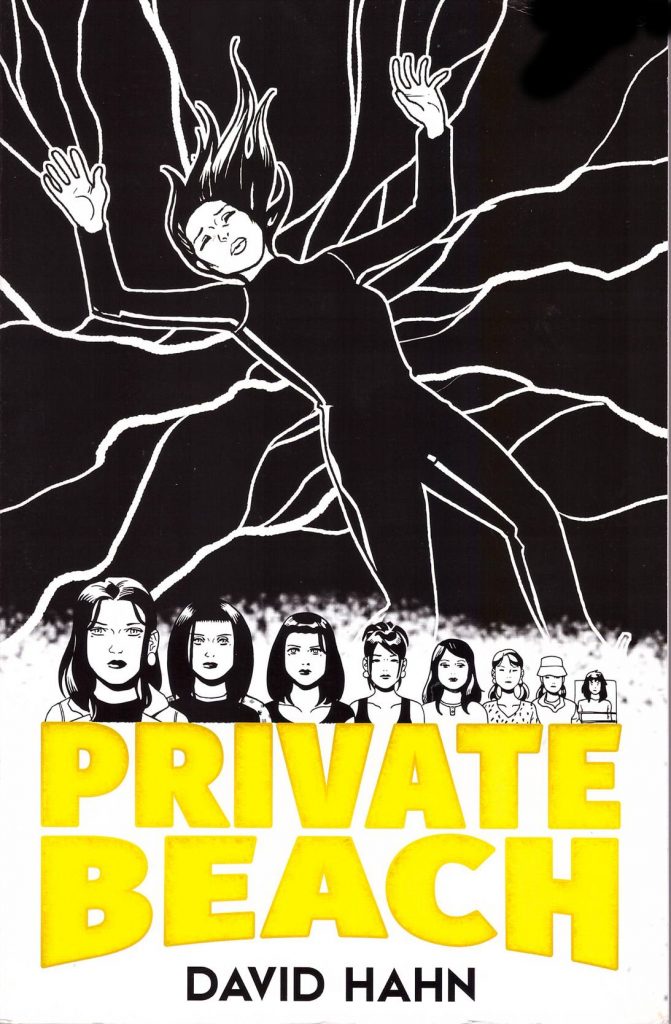 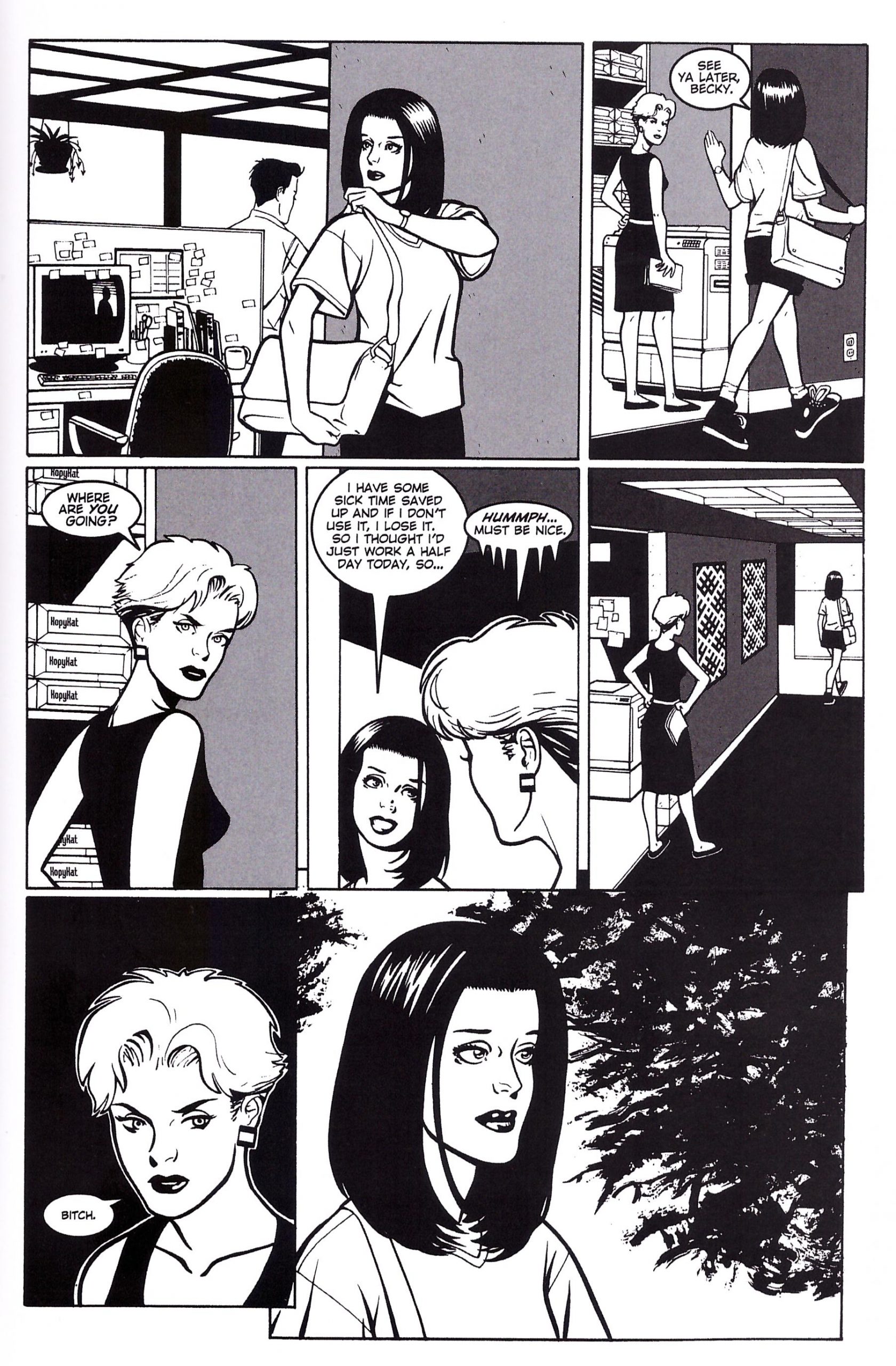 In 1995 Montana-based artist and writer David Hahn begun an oddly quirky, semi-surreal slice-of-life drama with distinct overtones of Twin Peaks and the witty, sleek flavours of Love and Rockets. It was entitled Fun and Perils in the Trudyverse but became Private Beach. That latter revision covered seven issues released in 2001 and 2002, collected and reprinted in this splendid monochrome tome, but the pot is infinitely sweetened for long-term devotees with an all-new thirty-page concluding chapter plus many pages of pictorial and text extras.

‘Slappy’ opens in 1978 where teen Trudy sees something strange in the night sky, and thereafter begins a lifelong relationship with the numeral 8. Moving to the present day, forthright adult and crappily employed clerical drone Miss Honeyvan heads to the beach with Sharona to acerbically pass judgement on movies, culture and the other sun-worshippers whilst watching a celebrity seal being returned to the wild. It is a memorable moment for all the wrong reasons.

Everyday weirdness begins to mount in ‘Doors Opening’ as strangers and old friends all uniformly take on a fresh significance and Trudy is offered a bizarre second job in new nightclub Heaven’s Rift. Then there are the visions and the impossible messages on Trudy’s cherished Magic Eightball.

The pressures of Sharona’s soul-crushing nursing job, Sam’s disability and Junior’s lack of direction are explored in ‘Wednesday as Usual’, whilst Trudy adds to her growing collection of tension-boosting written warnings from persons unknown before breaking down in ‘Gears Shifting’. When her dire clerical job abruptly ends, Trudy surrenders to whatever the universe is trying to tell her and hires out to drive a classic car across America to its new owner. All geared up to start ‘Counting Horizons’, she nervously agrees to turn the job into a road trip by inviting Sharona and Siobhan to share the tedium. Before too long all the encircling oddity and ominous events converge in bloody tragedy and a confrontation with something incredible.

It was fourteen years before fans and addicts were to receive answers to the sly parade of astounding events finally shared here. Happily, it’s worth every moment as a horrifying confrontation explains what has been going on around Trudy since 1978 and sets her on a most unique and dangerous path.

Blending the easy female camaraderie of Walking and Talking with the existentialist unease of Blue Velvet or the latest iteration of Westworld, Private Beach is a captivating tale to ponder and savour over and over again. It’s sweetened by stunning black and white art and breathtakingly smart dialogue. If you are reading these adventures for the first time you are in for the ride of your life.