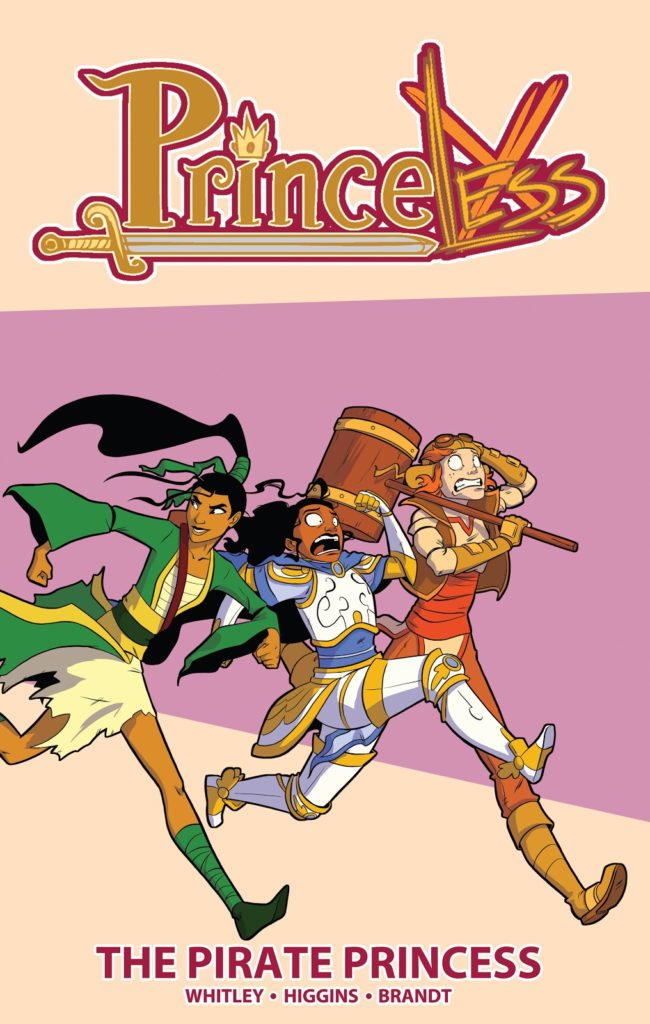 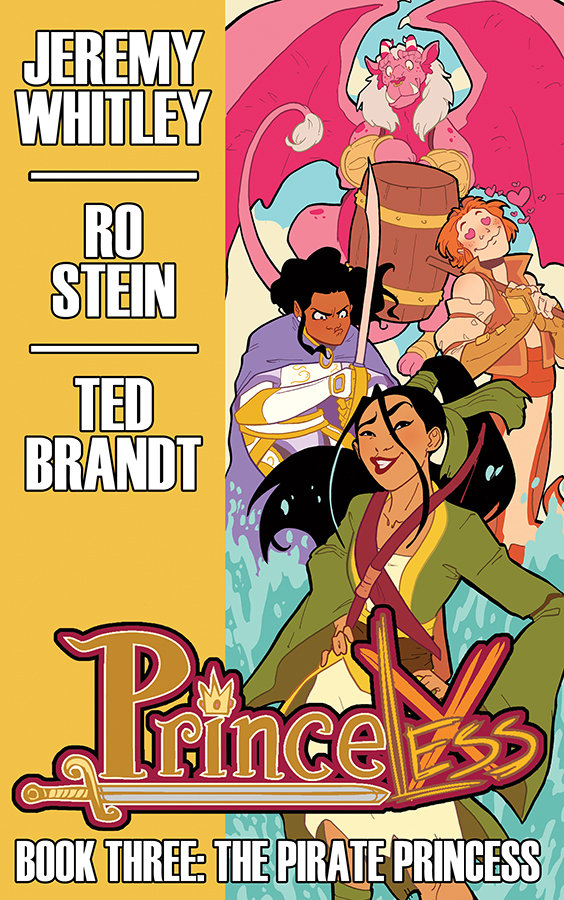 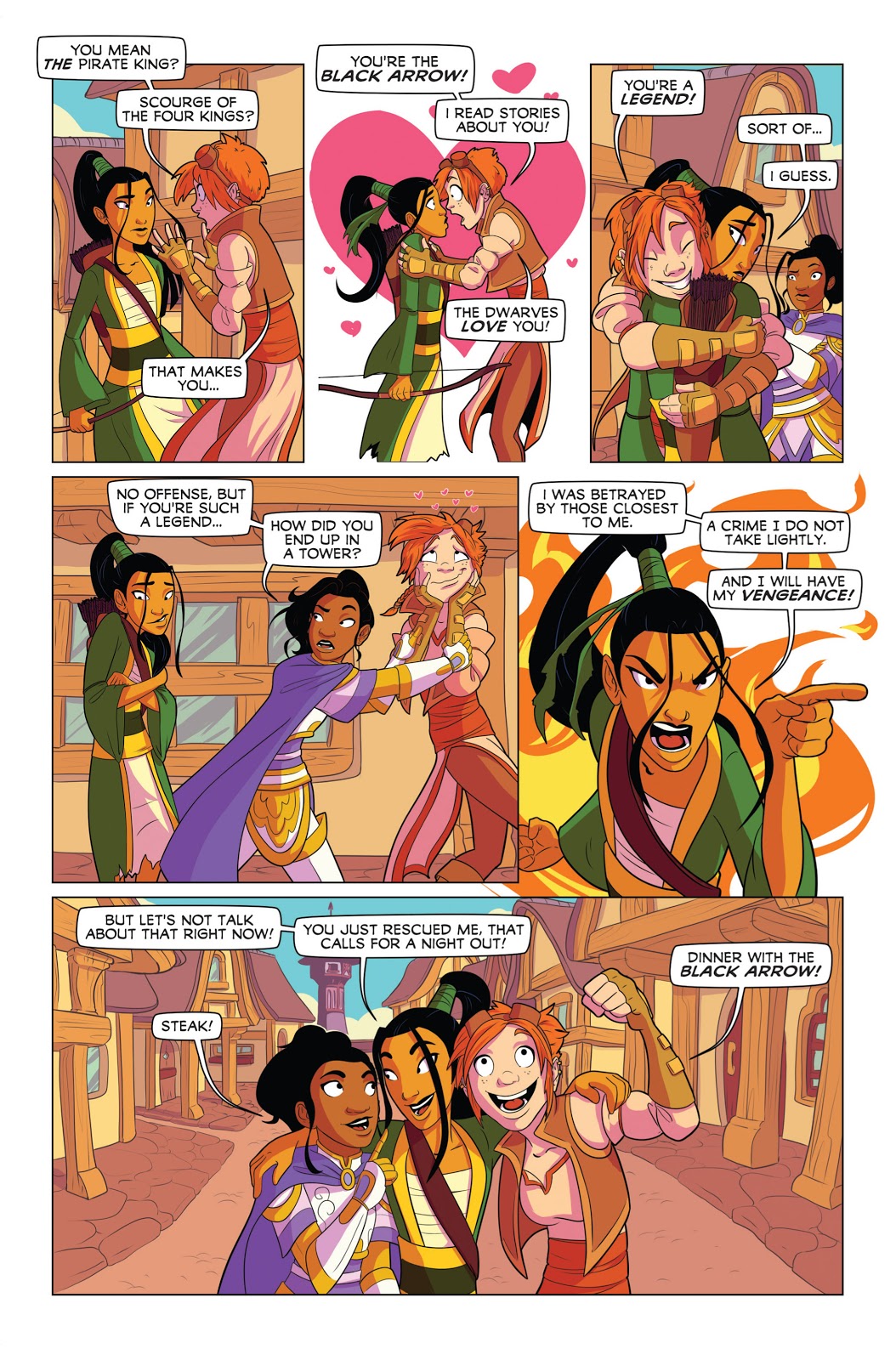 Having engineered her own escape from being imprisoned in a tower, Princess Adrienne is on a mission to rescue all her sisters from a similar fate, the first dealt with in Get Over Yourself. The problem with the kingdom, though, is that flying around on a dragon there’s always another tower with another trapped princess. In this case it’s Raven Xingtao, also known as Black Arrow, daughter of the Pirate King, extremely resourceful, and popular enough to spin off into her own series, beginning with Captain Raven and the All-Girl Pirate Crew.

Contributing majorly to her instant presence is the art team of Rosy Higgins and Ted Brandt being the best to work on Princeless to date. Instead of having promise and providing effort, they’re already the real deal, with an attractive Disneyesque polish to the cartooning, defining the cast well, and a bold sense of colour. Brandt provides the dynamic layouts and inks, and Higgins the pencils, and how good they are is seen on the final chapter. Jeremy Whitley has pacing problems again, and although he works in gags, a sequence on a pirate ship is still longer than it really should be, yet Brandt and Higgins choreograph it well enough to disguise the padding. To avoid confusion, it should be mentioned that since Princeless Higgins has been credited as Ro Stein.

Once free, Raven has immediate plans, and Whitley builds an effective friendship and rivalry between her and Adrienne. Each has things they can teach the other, but each is too stubborn to accept this, and the comedy is broadened by the presence of someone who’s Adrienne’s equal, rather than just featuring people impressed that a woman would wear armour and fight. Introducing Raven and her background also broadens Adrienne’s world from just a fantasy kingdom, offering other possibilities.

Princeless continues to prioritise fun adventure, and part of what makes the cast so likeable is their flaws. Whitley ensures these aren’t just perfect warriors, but people capable of making mistakes. Crucially, however, they’re also capable of learning from them. In many ways The Pirate Princess has been an interlude, and Adrienne gets back to the business of sister rescuing in Be Yourself.

This was the first of the Princeless graphic novels to be reissued in hardback.