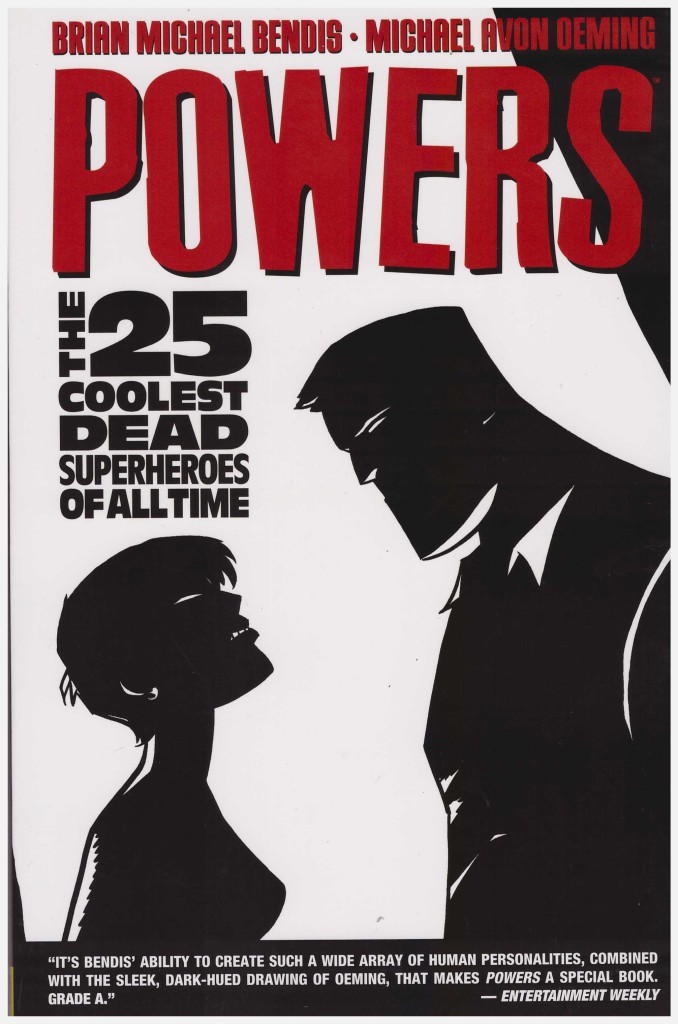 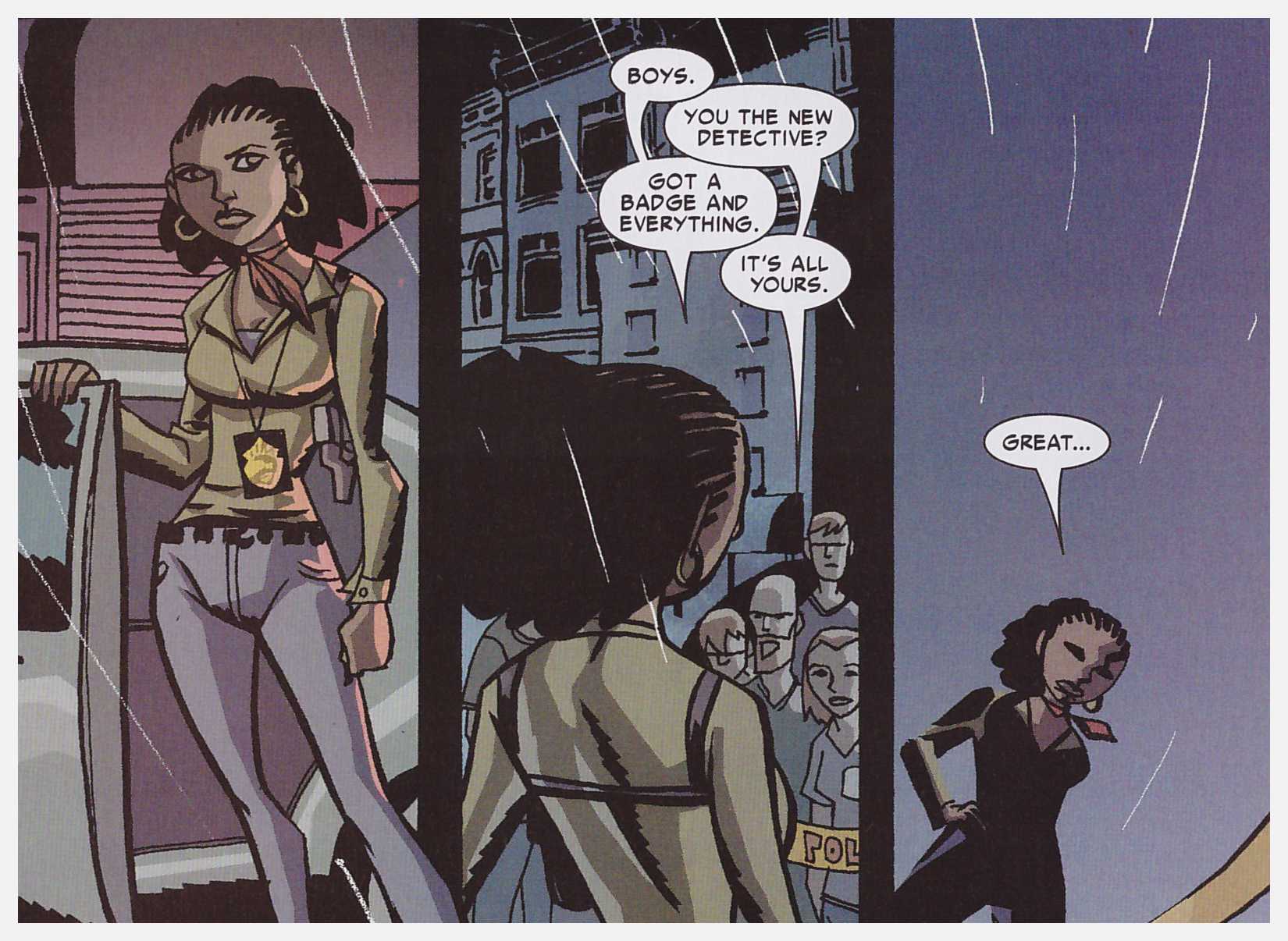 To understate the case considerably, Deena Pilgrim has been having a rough few years, detailed in pretty well any volume since Legends. Part of this has been beyond her control, but one element in particular pre-dates those problems. Her default is straddling the demarcation line between what’s acceptable conduct for a police officer and what’s not, and she’s frequently been showing striding over it. The final few pages here explain her single-mindedness. With a persistent internal affairs police investigator tracking her, Pilgrim disappeared after the disagreement depicted at the conclusion of Secret Identity.

It’s now eight months later, during which she’s not been seen. This period has been characterised by a virtual epidemic of kids acquiring super powers they can’t control, with deaths, damage and injury resulting. By contrast, Christian Walker’s in a pretty good place. He has a loving girlfriend, and has just been allocated a new partner, Enki Sunrise, who seems very pleasant and capable.

The sheer volume of ordinary teenage girls found dead sparks outrage, and Brian Michael Bendis weaves three strands of investigation through the best Powers volume there’s been for some while. What it makes it stand out despite the stupid title – it’s derived from a high school class assignment – is that it’s a return to basics. Bendis has proved he’s good at surprises, and there are some here, but this volume lacks the feeling that the stories are constructed around these moments. The tension is maintained by the horror of what’s occurring, Bendis has come up with an excellent way of cranking that up, and there’s a well-delivered left turn into the past. Yes, that does drag the narrative away from the story at hand, but it’s a worthwhile diversion, relevant and insightful.

Michael Avon Oeming is called on to make an artistic choice of how explicit he should be in a very violent story, and for most he’ll have made the correct call on not pitching events too graphically except for a few stunning moments. Nick Filardi’s colouring is important here. He follows the established palette of his predecessors: few shades, and flat colours that occasionally burst into vivid conflict. It’s all very effective, particularly the use of pale blue over the past few volumes to indicate those affected by transferred super powers.

The 25 Coolest Dead Superheroes of All Time is like great sex. The tautness keeps escalating, until everything builds to a very satisfying climax. There are even a few excellent post-coital cuddles thrown in there to great effect. Next up is Z.