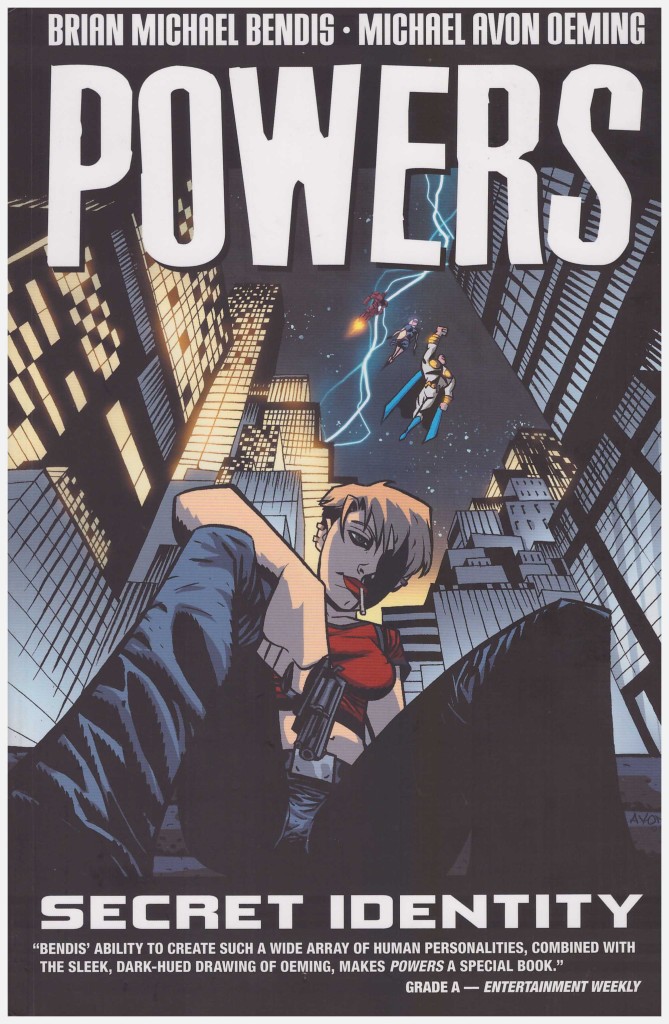 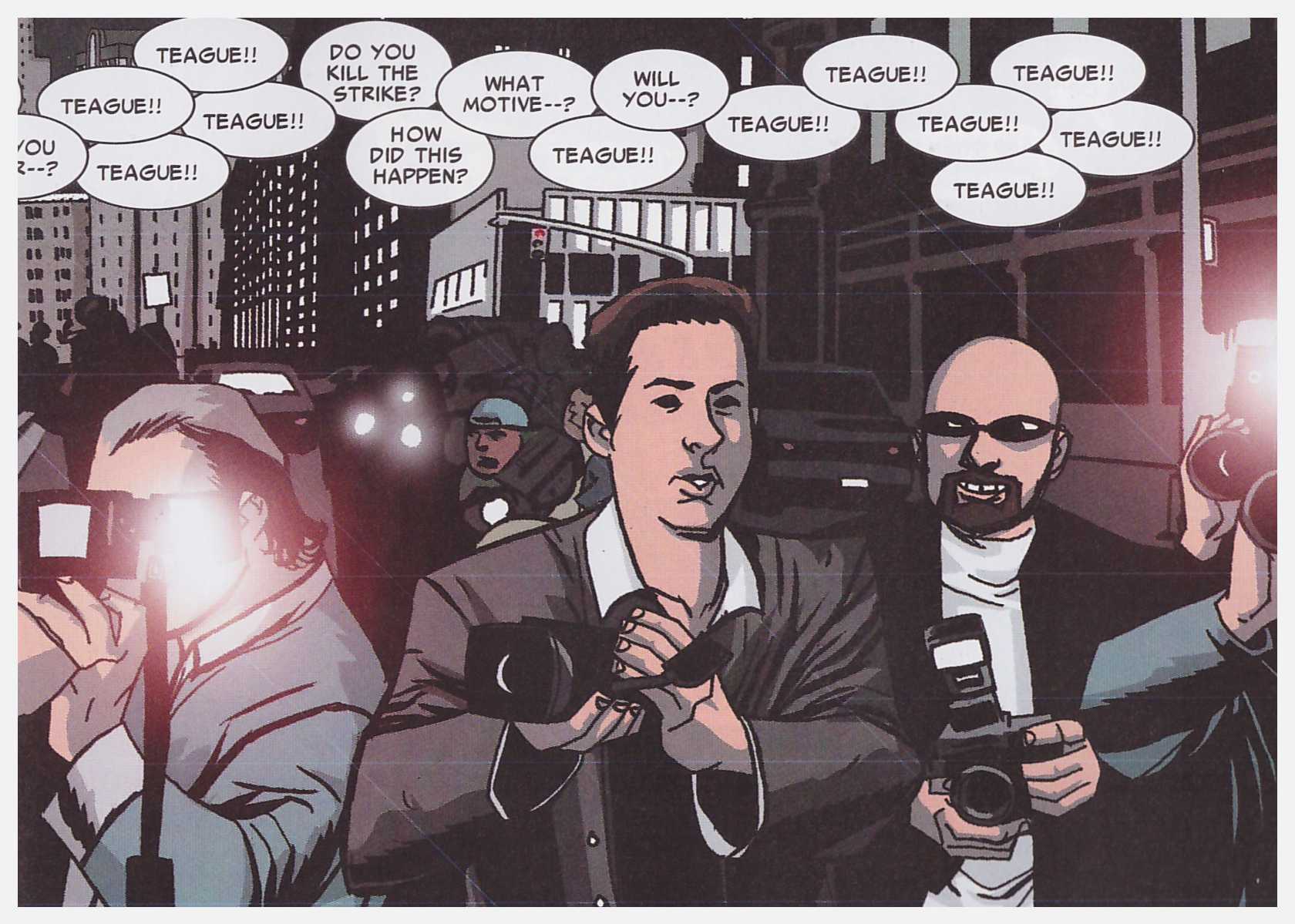 Over the last several volumes a group of superheroes called, um, the Heroes, have been seen here and there racking up acclaim and admiration. Well, Secret Identity is where it all falls apart for them.

Beginning with Forever, and certainly with the previous volume Cosmic, Brian Michael Bendis has been making a concerted effort to stretch the world of Powers beyond the initial microcosm of two homicide detectives. One way to look at it is that he’s creating his own superhero universe. If that’s the case, though, shovelling every aspect into a single series not initially constructed to accommodate the concepts leads to an anomalous tone. It’s been established that the police have a difficult enough time coping with the super-powered. Introduce all-powerful aliens and other-dimensional demons into the police station and the cohesion collapses.

In Cosmic the intrusion was, for the most part, tangential, even if it had a direct effect on one cast member, but it’s fundamental to the investigation at hand in this collection, underpinning plot and motivation. It removes Powers from the realm of logic into the vacuity of “this happened because we felt like it”. To be fair to Bendis, it’s not something he pulls a second time, but it wasn’t the finest concept even if it instigates some fine dialogue. That almost compensates for the skanky comments over the opening pages.

Enough distraction occurs that the underlying plot concerns can be viewed as insignificant. There’s the usual fine cartooning from Michael Avon Oeming, a trip back to 1936, the background to a superhero group told via trading cards, and a fair selection of super powered beings losing it. The finest plot element in the way it plays out involves a villain arrested previously and the Feds.

There were significant changes to the lives of both Christian Walker and Deena Pilgrim in Cosmic, and while Walker’s alteration comes into play here, Pilgrim’s simmers in the background. It reaches fruition in the next book, The 25 Coolest Dead Superheroes of all Time.