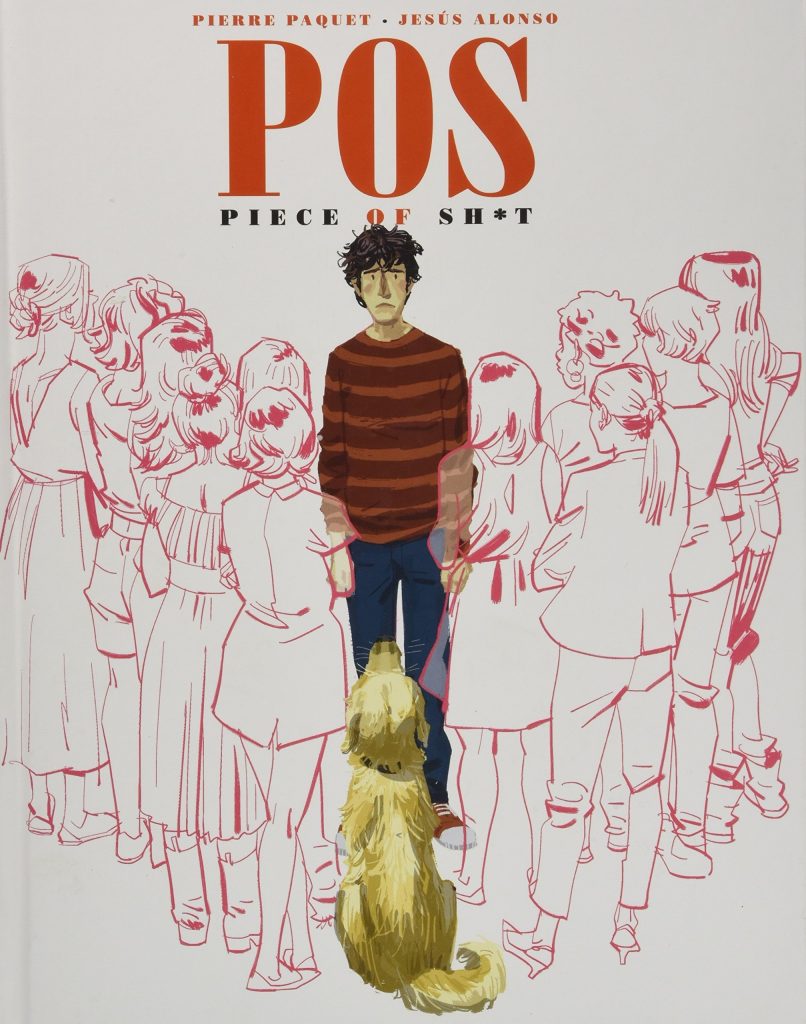 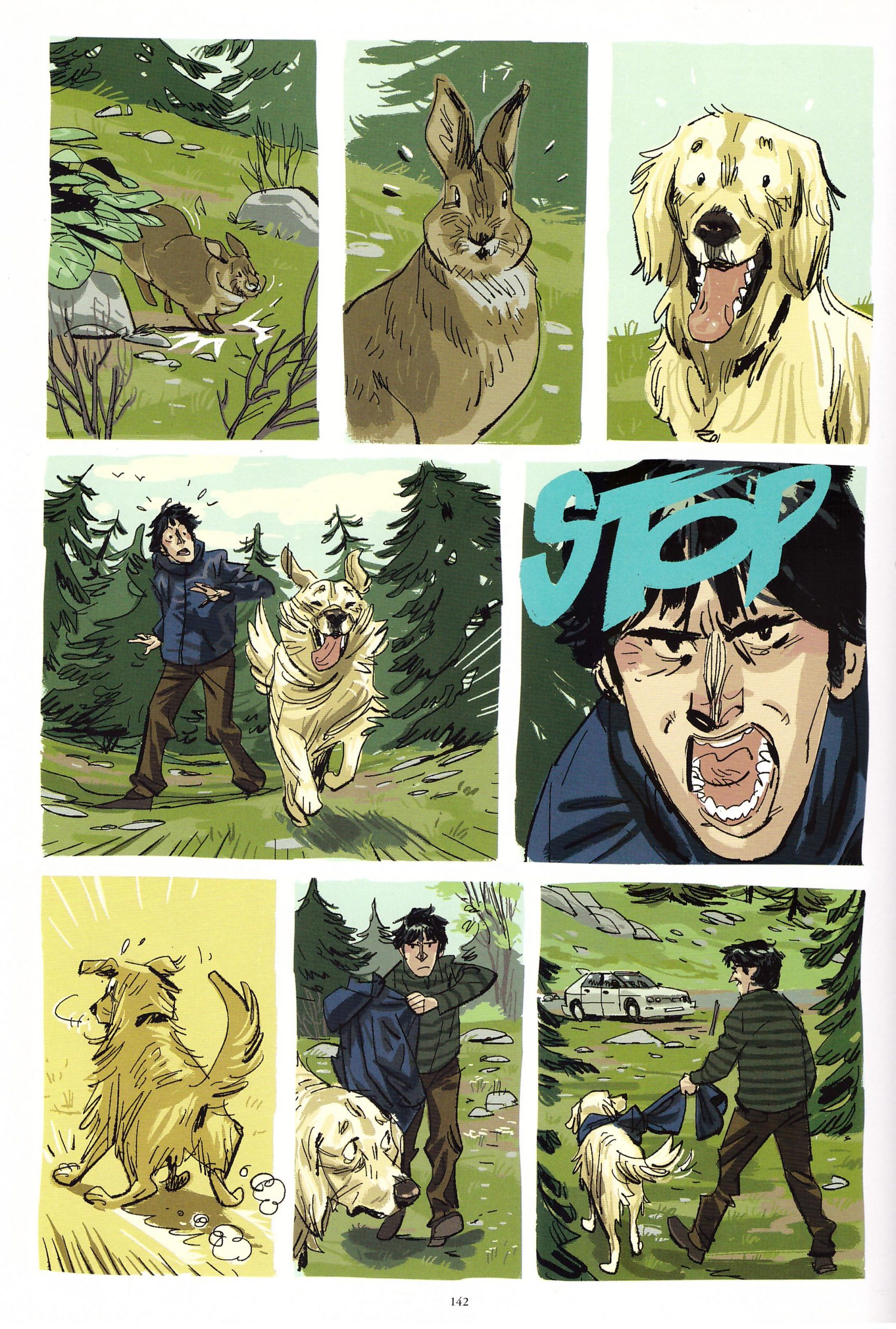 The title alone indicates this isn’t going to be comfort reading, and Jesús Alonso’s cover portrait shows author and subject Pierre Paquet in the conflicted form with which he negotiates life. He portrays himself as an impulsive man who’s easily led, at least when younger, and has some things he needs to confess. He’s also a successful publisher of French language graphic novels in Switzerland.

Paquet already ruminated about his past in A Glance Backward, but POS concerns his older life, picking up in his mid-teens, although this isn’t a linear graphic novel. It gradually becomes clear that whatever his other problems, his dog Sonny is the beacon of light. Paquet was inconsolable when the family dog died during his childhood, and subsequent attempts at owning a dog didn’t work out due to his unrealistic expectations. With Sonny, however, he’s mature enough to care for a dog that starts out with its own problems. He also picks up on his friend David, seen in A Glance Backward, and here presented as someone living life to the full in the possible knowledge that an overweight guy with a father who died young possibly isn’t going to be around forever. There’s guilt and annoyance at someone who’s view is life is for living now, and things can be settled later.

Alonso’s art needs to be convincing in showing both people and animals, not a skill all artists have, but his sketchy panels have are reflections of life, and that life drags POS through a fair number of ordinary scenes. He’s very good at the everyday, and because that’s the case he elevates an anecdote about Paquet’s awkwardness on meeting American artist Jeff Jones when others might have exaggerated the response for comic effect. On the downside, as seen on the sample art, he has a strange way of defining Paquet’s nose, and that’s seen a lot.

POS’s title eventually makes sense as more than self-referential low self-esteem, being an explanation for repulsing a would-be girlfriend, but it’s a trivial and unnecessary scene, and throughout there’s a conflict between presenting events as they were and the needs of a story. A key sequence has Sonny lost for an extended period, which starts with Pierre accompanied by a friend. In order to explain her presence an earlier scene is needed to introduce her, and the several pages of that are ordinary and have no other purpose. Paquet swerves all over the place, cramming in memories, but without any linking thread. The strongest elements are his recollections about the difficulties of publishing and the constancy of his relationship with Sonny, yet after a key sequence, Sonny is sidelined for thirty pages while Paquet recalls his online dating experiences, likely to be similar to those of anyone else. To him these are important, as there’s an obvious guilt on his part that needs to be aired and expunged, but they’re hardly captivating.

Ultimately POS is about having to let go, and the difficulties of facing the world alone. There are shining moments of real drama, but would Paquet the publisher have taken this on from anyone else without an editorial hand to sift the wheat from the chaff? 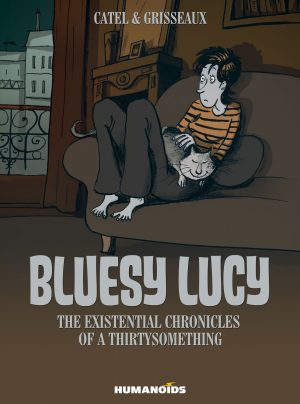