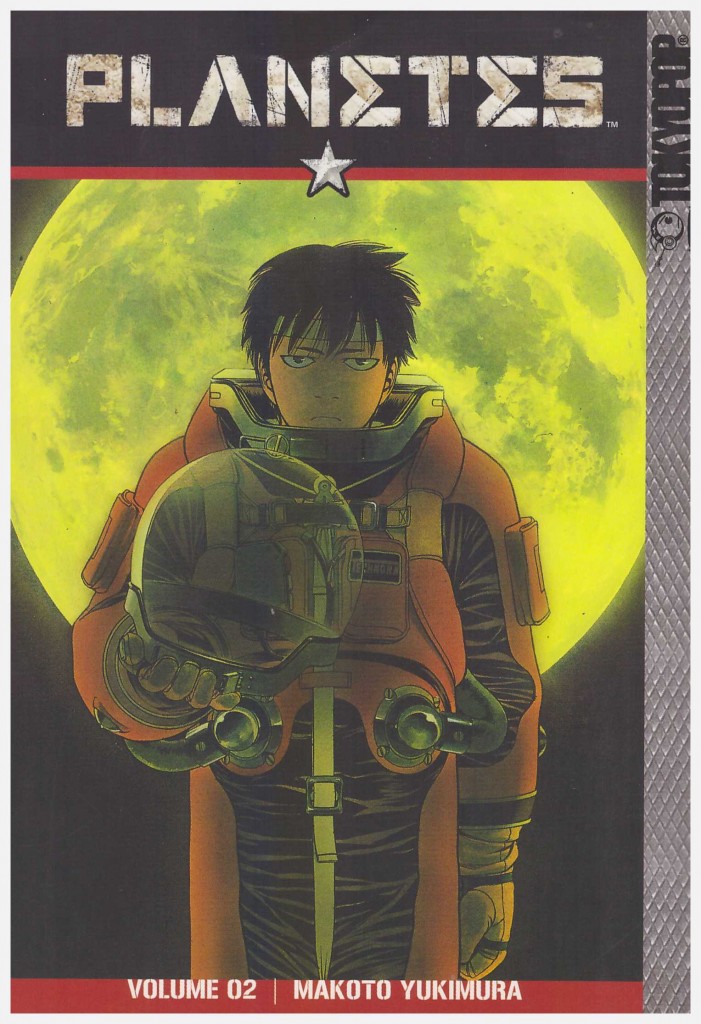 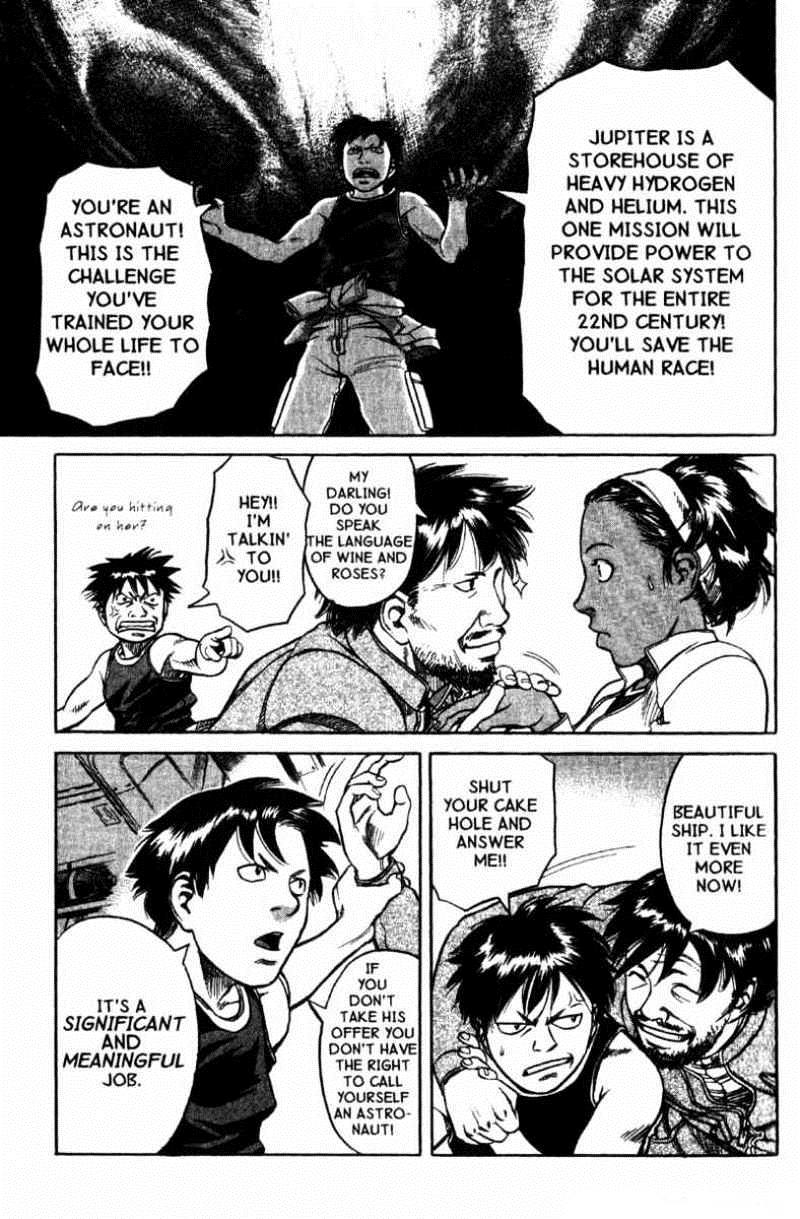 Planetes 01 introduced the crew of an orbiting vessel tasked to clean up the junk that’s accumulated in space over the years. In this volume Makoto Yukimura jumps the narrative forward two years to 2076, and the announcement that it’s planned to institute a colony on Jupiter before the end of the century.

The focus of the chapters included here is almost entirely on Japanese crew member Hachi, headstrong and determined to better himself while equally convinced his destiny is off Earth. He’s training to be a part of the Jupiter mission, yet the instigator of it is more interested in the piloting skills of Hachi’s father.

As in the Planetes 01, despite the technological surface, it’s humanity that interests Yukimura, and his questions are many. Is it necessary to sacrifice a caring side to devote oneself to being among the elite? Is it biologically possible to suppress love in favour of achievement? There’s a fantastic sequence near the end where Hachi and his co-pilot crash land, yet have a slim chance of survival if they can keep up a pace of 4.5 kilometres per hour to reach a settlement. If not their oxygen will expire, and so will they. There’s nothing like an endurance test with your life at stake to focus the mind, and Yukimura pulls off what might otherwise be beyond credibility in very satisfying fashion.

The Jupiter colony may appear an incredible accomplishment, but that’s not the way eco-terrorists of the Space Defence League see it as they target the mission and all involved with it. Their viewpoint is that space should remain exempt from the greed and excess that’s devastated areas of Earth, and Hachi has a few encounters with them.

It’s evident here in a manner absent from the first volume that Yukimura has a bigger picture in mind, and that it’s Hachi’s story forming the narrative. He changes over the course of this book, and not always for the better, but whereas he was previously headstrong and confident, doubts have begun to surface.

Yukimura’s art remains excellent. It differs from much manga of the era in following a more western method of storytelling. There are far fewer lapses into cartoon exaggeration, although the habit isn’t entirely cast off, and there’s an admirable attempt to make his cast multi-gender and multi-racial.

The pressure is beginning to tell on Hachi, a plot resolved in Planetes 03, but as these small Tokyopop editions are now out of print the story is better experienced in the 2016 Omnibus translations.