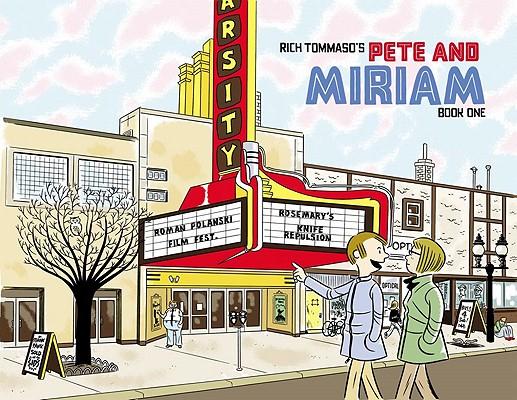 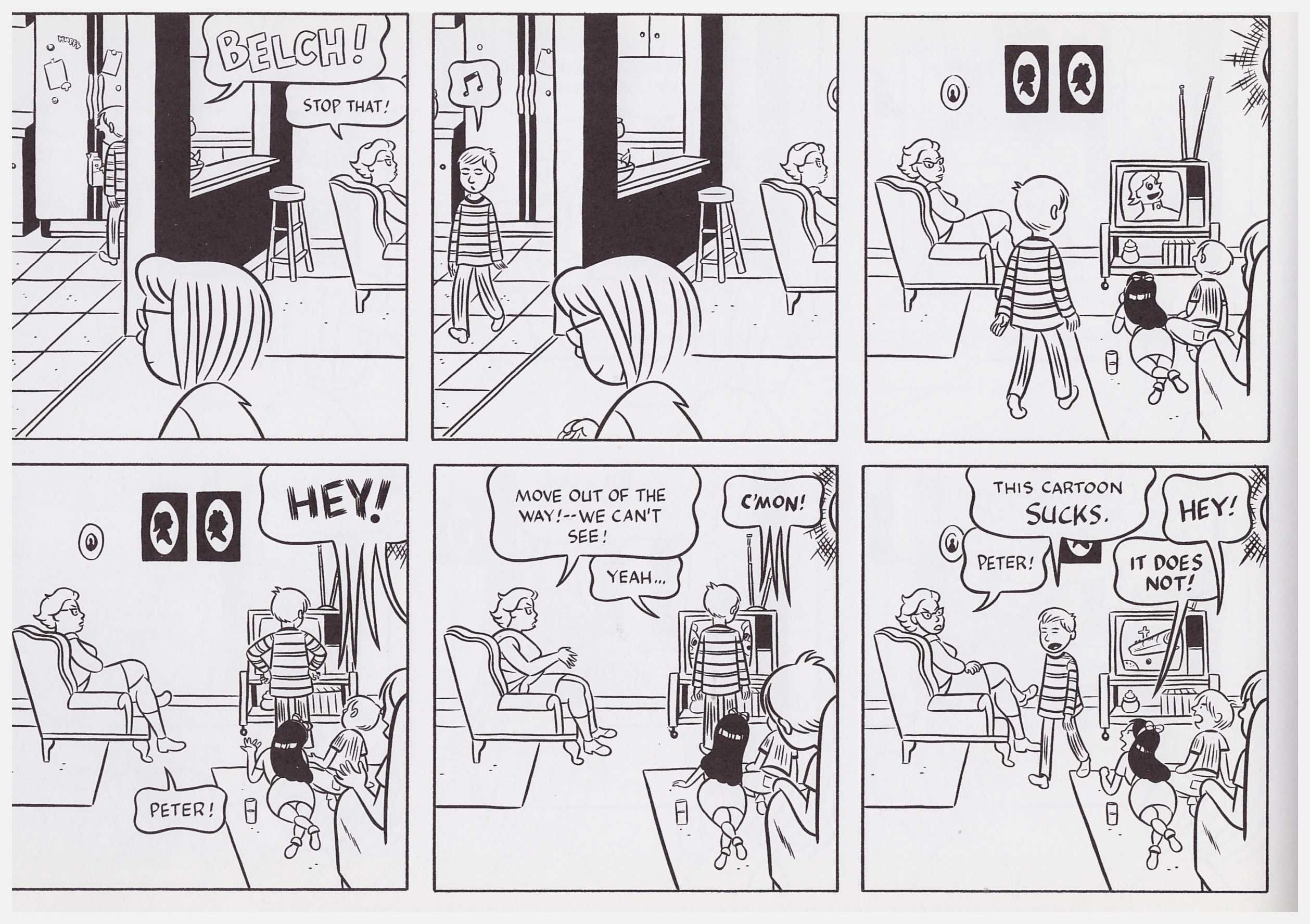 Pete and Miriam has an unusual publication history, this landscape format book being issued in France a year before it was picked up in the USA. It’s puzzling why. Rich Tommaso is an accomplished cartoonist whose style has a wide-ranging appeal, and there is no shortage of lesser creators with duller material in print.

Pete and Miriam first met as infants, although, as Pete has frequently pointed out over the duration of their friendship, he’s a year and a half older than her. In the present day sections they’re in their early twenties.

Pete is somewhat self-obssessed, unreliable and capable of being a complete dick, yet it’s hinted that his friendship with Miriam has been sustained due to her unrevealed passion for him, although this has waned of late. We follow Pete’s day to day life in a series of present day vignettes as he attempts to arrange an interview with a cameraman who once worked with Russ Meyer, intercut with episodes from his and Miriam’s past. These also spill into musings on and biographical information about Meyer and Roman Polanski.

It’s the sections set in the past that hold the most charm, several focussed on Halloweens over the years, drawn in a deceptively simple manner reminiscent of the better Archie material. The best of them is the pair heading out egging cars pre-teens, when Miriam is supposed to be packing prior to moving house. Tommaso’s evocation of small town life is convincing, and he supplies some fine single page images of the neighbourhood post-rampage.

This, however, isn’t an entirely successful book. Tommaso presents Pete as the lead character, which rather defies the equal billing of the title. Miriam’s participation is only ever as an adjunct to what’s occurring in his life. While he has a smattering of solo stories, her only solo tale is a high school spotlight in which the primary plot is one of Pete’s former girlfriends festering over rumours he’s been seeing someone else. We know Pete is in film school, but have no clue as to whether Miriam is also studying, working, or still living at home. Even one time cameraman Roy Franco, whose dissolute lifestyle is amusingly portrayed, is accorded two solo strips, and another with Pete.

The other downside is that so much of what’s presented here is deliberately mundane, which doesn’t make for engrossing reading no matter how well Tommaso draws his strips. They raise a wry smile, but emotional connections are few and far between.

The title page notes this as Book One, but no second volume has yet appeared.