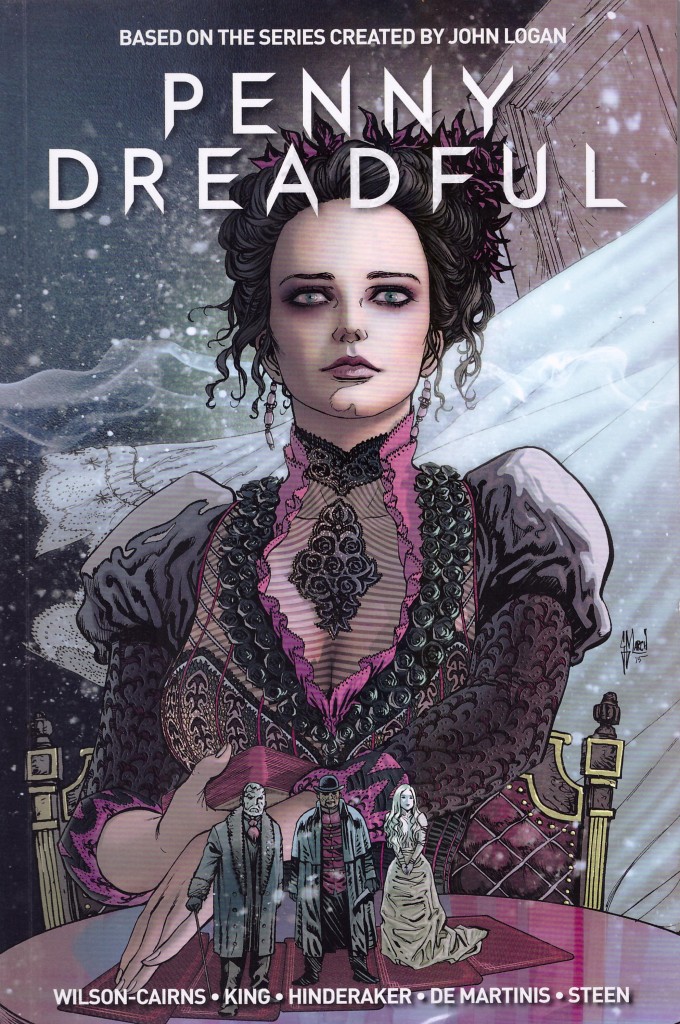 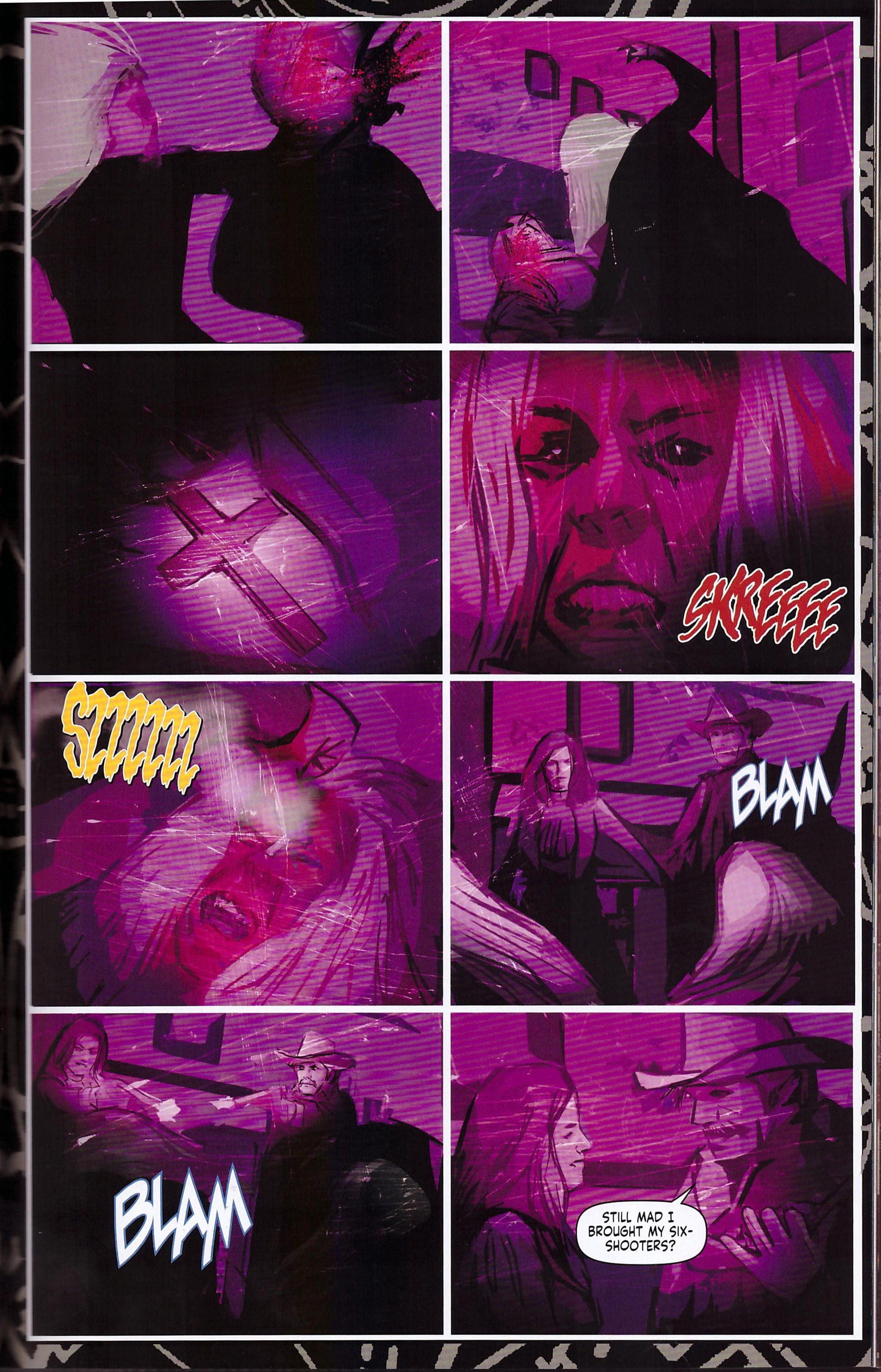 The first matter to be addressed is whether anyone will pick up Penny Dreadful without being familiar with the Showtime TV series on which it’s based, perhaps being intrigued by the evocative title or the superficially attractive art. There are no concessions for anyone who does. They may know Mina Harker from Dracula, and she’s central to events despite only rarely being seen, but as to who the remainder are and their purpose, this has to be discerned from the hints as the pages turn.

Mina’s father Sir Malcolm Murray is a man of some stature who objected to his daughter’s wedding with Jonathan Harker. The reasons for this are never clarified, yet may be common knowledge to viewers of the TV show. Here it characterises Murray as an irrational man prone to instant judgement. It’s not the only puzzling aspect of the plot.

Although never named, it’s Dracula manipulating beasts and dead men, although he seems very content to have a nip here and snack there rather than committing his extensive forces to dealing with the situation once and for all. As a strategist he leaves much to be desired, and this is another matter never explained.

Louie De Martins has a stylish method of drawing faces, but they’re largely without expression, and he’s not able to convey any emotional depth in this fashion, which leaves a gaping hole in the story given the tragic circumstances. He’s also not great with movement, which in a tale needing packs of wolves attacking and vampires swirling around rooms is also to the detriment. Look further and it’s apparent that shading and colour effects account for much of the art, so what we’re left with is a book full of face sketches that hinder the story rather than convey it. Credit to De Martins for bold colour choices, however.

The writing is the work of Krysty Wilson-Cairns, Andrew Hinderaker, and Chris King plotting, and Wilson-Cairns and King scripting. All are involved with the TV show, so have a handle on the cast, but they don’t see the wood for the trees, This is an uninviting graphic novel that will direct no-one to the show. Thankfully, things improve with The Awakening. 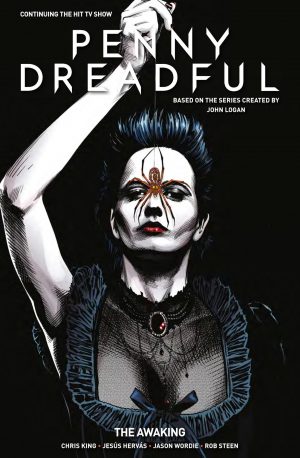 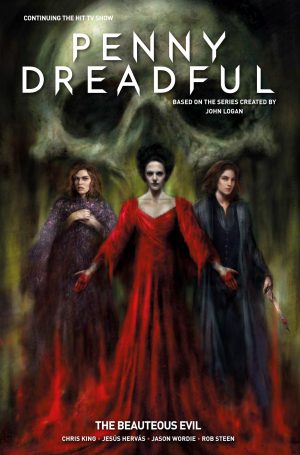