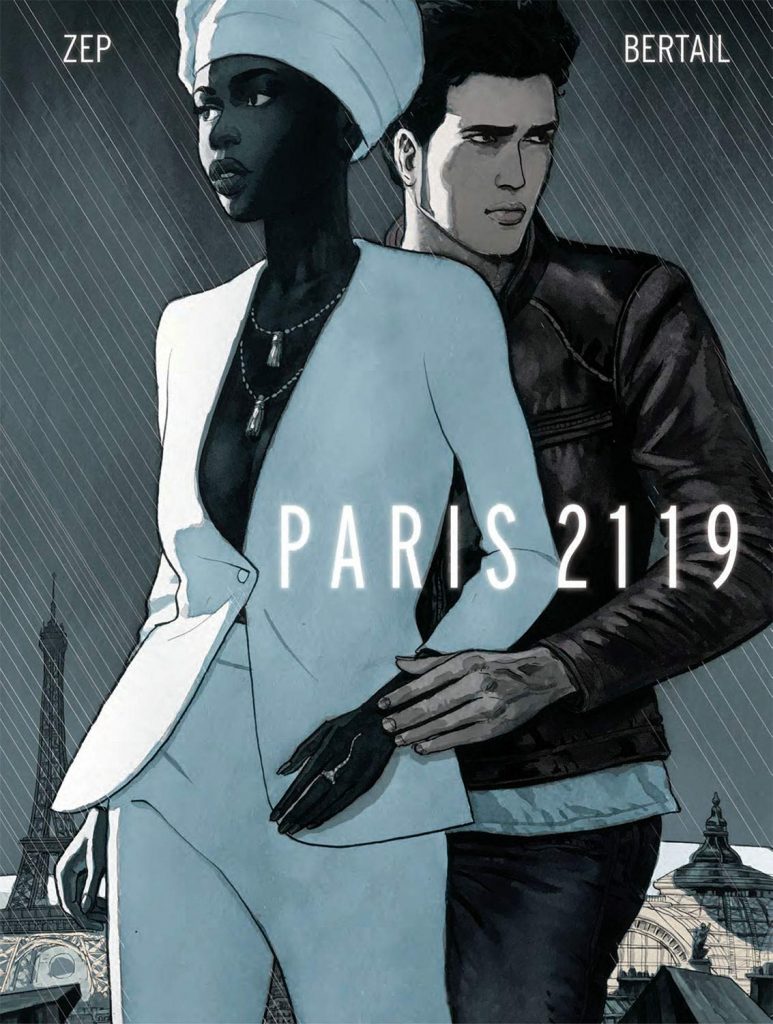 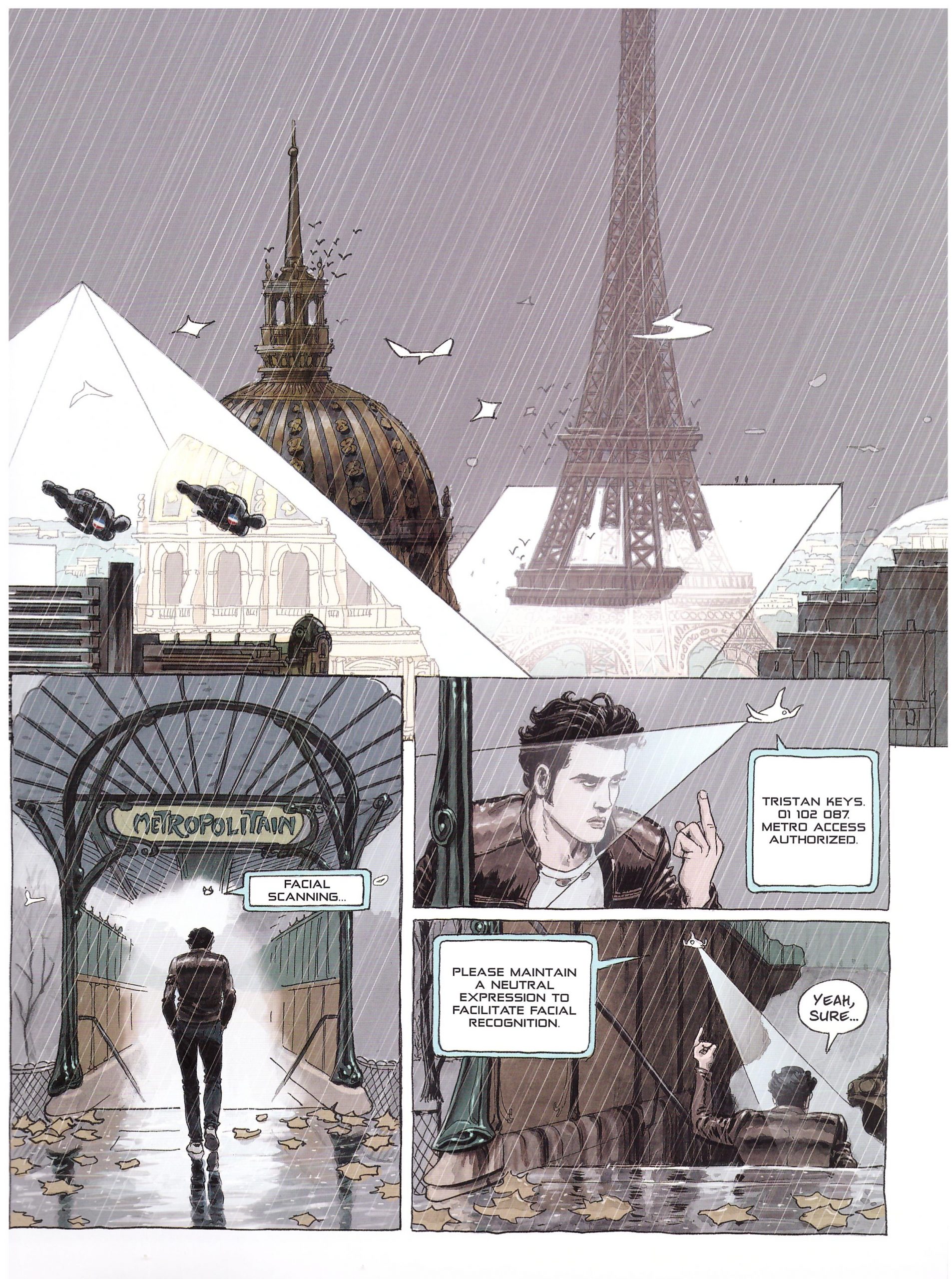 Across Europe Zep (Philippe Chapuis) is best known for the cartoon adventures of the distinctively designed Titeuf, quite the anomaly as a long-running European series (17 albums to date) that’s never been translated into English. He has a sideline producing standalone graphic novels, sometimes also drawing them himself, and sometimes, as here, only supplying the script.

It’s a glum affair set a century ahead of the graphic novel’s French publication, extrapolating a future where technology enables far greater state control, but when the benefits include instantaneous transportation across the world there’s widespread acceptance. Digital clones exist and it’s possible to disguise yourself convincingly as anyone else, but retina scanning protective devices ensure no-one remains entirely hidden. Already on his guard, Tristan Keys becomes involved in a mystery when he begins to see doppelgangers, from which point Zep begins to investigate the ethics and science of teleportation.

So often European comics throw up previously unknown, but fantastic artists who seem well in advance of those working for English language comics, and Dominique Bertail is yet another. His page layouts are expansive, his detail imaginative, and his characters consistent. Of course, it helps that he’s not contracted to produce 24 pages a month, but Bertail’s skill and experience results in memorable visuals, with the visual world building of special note.

While Zep builds up the threat, mystery and environment very proficiently, Paris 2119 doesn’t progress greatly. It’s certainly resolved, in an appealingly open-ended way, but the abiding feeling is that it’s a lot of effort to put in on the part of both creators for what’s such a slim story, and one where the motivations of a technological corporation remain unexplained. What they’re doing is grim, but why? It echoes the creative process by seeming an immense effort for little purpose, and we’re left 72 great looking pages illustrating a story where the background is of greater interest than the main plot.