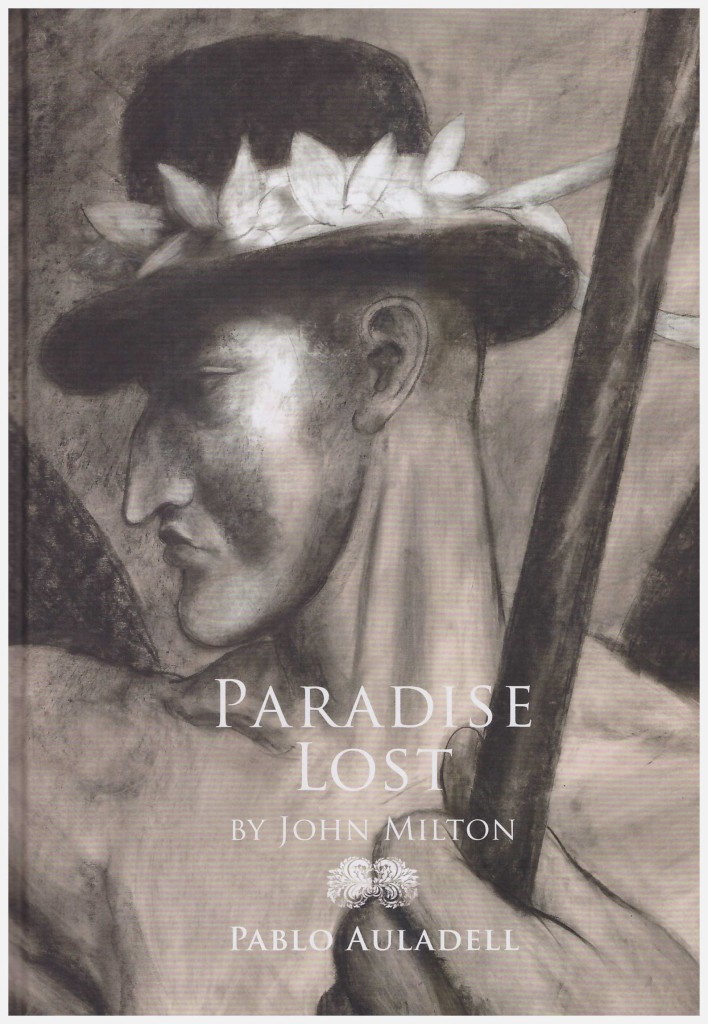 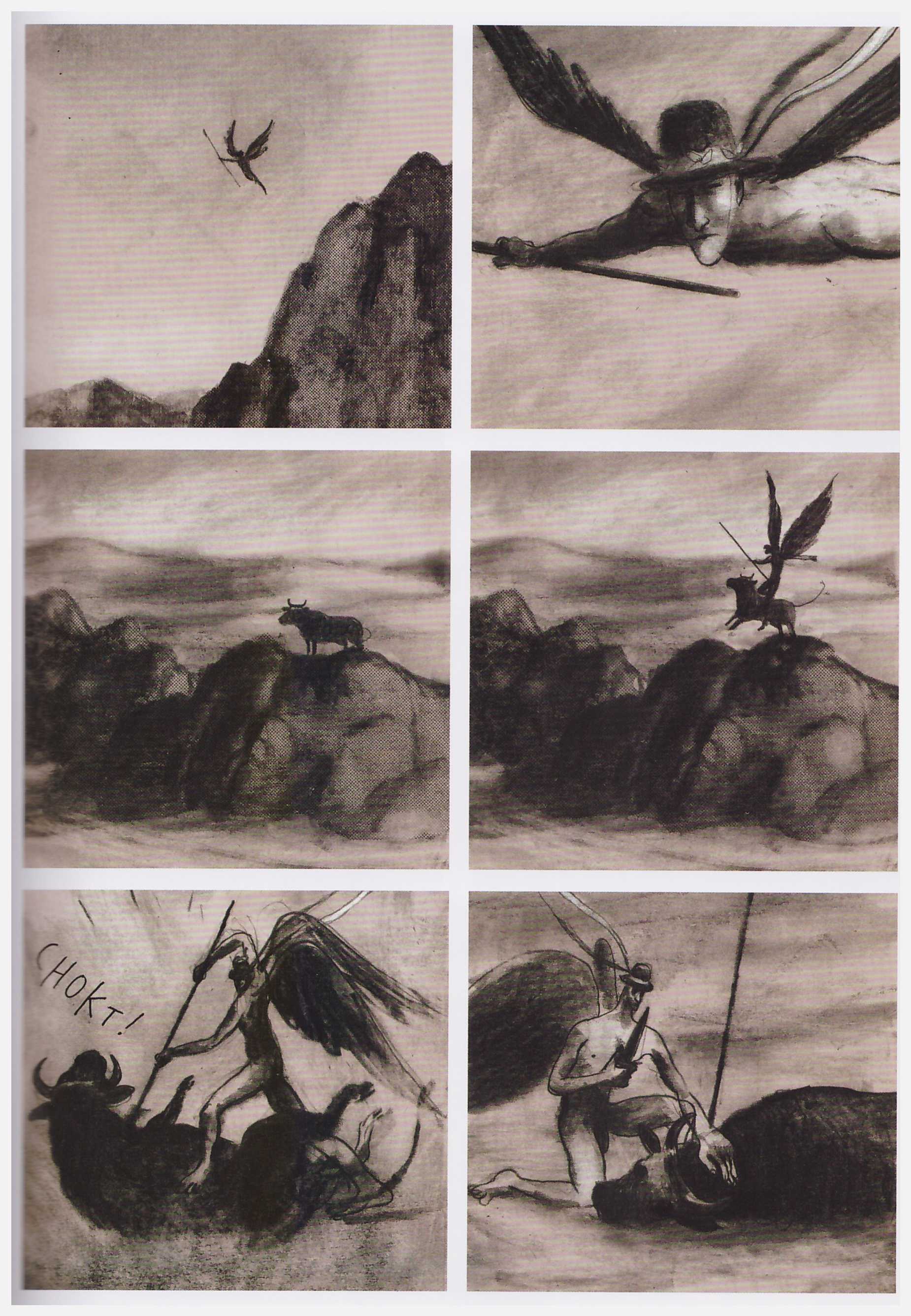 Perhaps more so than a standard graphic novel adaptation your reaction to Pablo Auladell’s version of Paradise Lost will depend on your appreciation of John Milton’s epic poem. Is it something you value for its vivid evocation of first the fall of Satan from heaven, then the fall of man? Or is it something dimly recalled with dread from a cold classroom? Either way, with much content excised Auladell’s interpretation retains an essence and grandeur while clocking in at a manageable three hundred pages.

Auladell’s illustration is spartan and classical, his figures very much in the mold of white marble statues adorned with whimsical decoration (Satan wears a hat with feathers), yet the fallen are given a grubbiness via his charcoal style art. Heaven is depicted as if Renaissance Florence, but surrounded by cloud, and God as a portly Florentine nobleman. This interpretation is reflected by colour conveying mood and emotion, yet restricted to a limited palette of brown, grey and green. It effectively separates Auladell’s vision from the better known illustrations of Paradise Lost, Gustave Doré’s woodcuts, and William Blake’s inspirational beauty.

Visual expression is Auladell’s strongpoint. He characterises with a well conceived glance conveying more than a narrative caption could. That may seem an odd comment given that Milton’s reputation rests on admiration for his language, yet graphic novels are different beasts, and there’s no single way to tell a story.

Although not delivered chronologically, Blake’s poem concerns Lucifer’s challenge to God, resenting the restrictions imposed by being considered subordinate to his son. An epic battle between his forces and those loyal to God results in Lucifer’s defeat. He and his allies are cast from Heaven into what will become Hell, and determine their best course of revenge is to pervert God’s new creations, Adam and Eve. The biblical temptation follows.

It took Milton five years to construct his vast panorama, and interestingly Auladell required a similar period, completing a first chapter prior to a two year hiatus. Can we draw meaning from this? Probably not beyond the respective creators contemplating the subject matter for a considerable time as it remained incomplete.

Those who have been daunted by Milton’s complexity have no easy ride. Auladell may have condensed ten thousand lines, but he respects the original text and employs much of it. The sweetener is the evocative imagery. There are panels to return to again and again, be they celestial splendour, fearsome battle or fallen nobility. Sink within and you may discover a new respect.