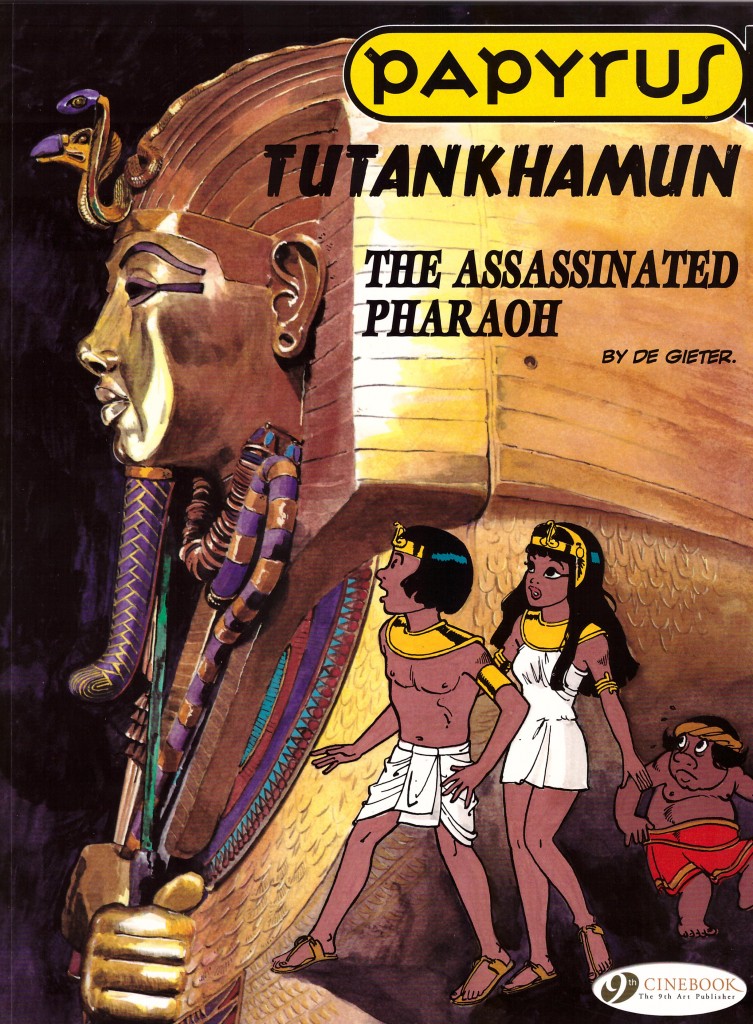 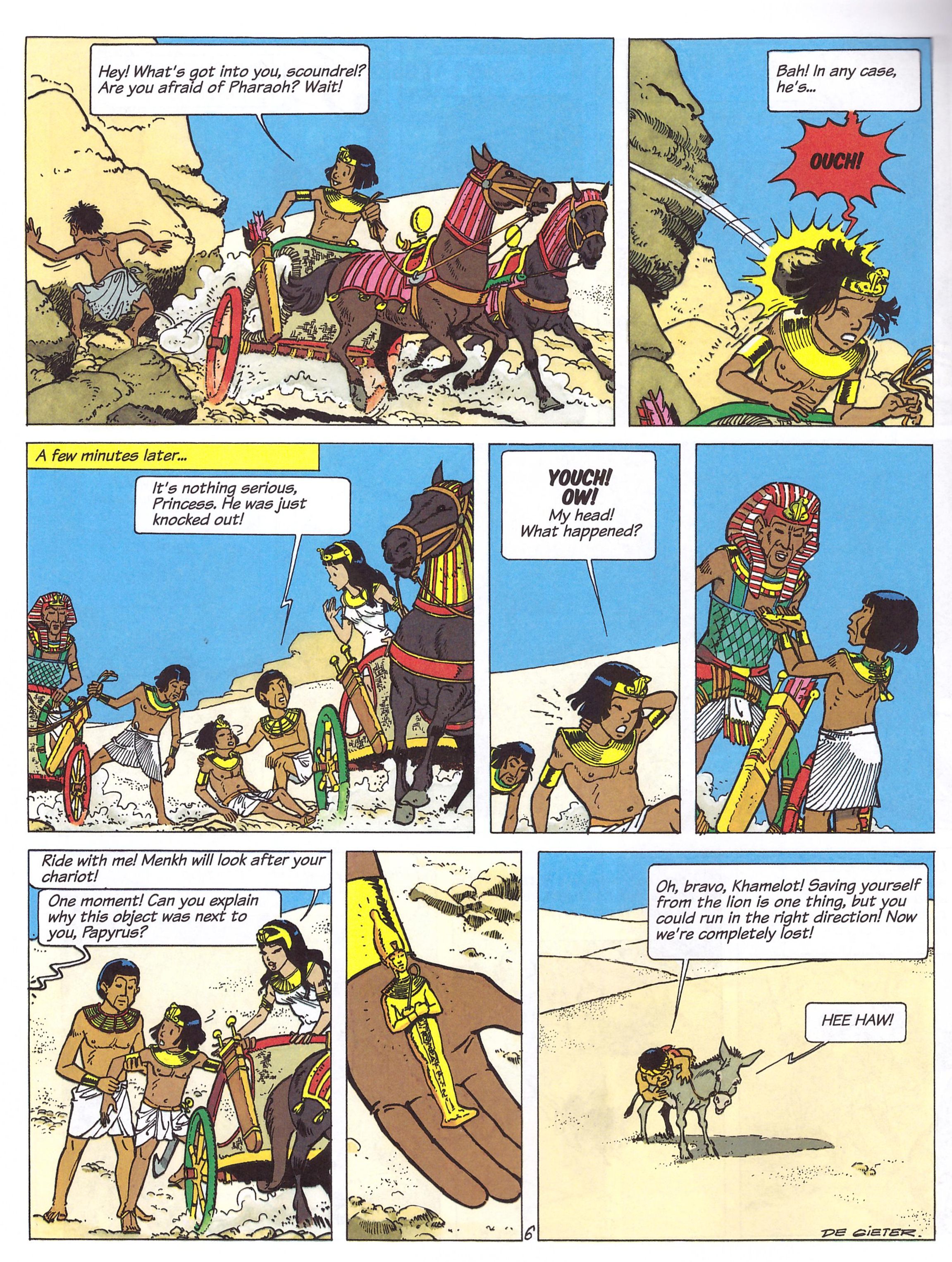 The Papyrus stories are aimed at the younger reader, yet such is the depth of Lucien De Gieter’s research that adults will come away wiser from reading them. He brings ancient Egypt to life, and without homogenising a culture spanning hundreds of years, but via careful partitioning of eras, and that’s apparent in this book. There’s concern about the looting of the pharaohs’ tombs in the Valley of the Kings, and early in the book Papyrus is framed for this. Unusually, De Gieter reveals those responsible almost immediately, and the adventure takes off from there.

It’s ironic that due to his treasures being hidden well enough to survive the looters Tutankhamun has become the best known of the Egyptian pharaohs in the modern era, yet his reign was brief and his influence minimal. De Gieter’s story recognises this, and comes up with a viable method of Papyrus learning of events that occurred a century before his birth, as there was another Papyrus, his ancestor, also the close friend of the Pharaoh’s daughter. Although for children, De Gieter doesn’t shy from what we’d now consider unsavoury aspects of Egyptian culture. Early in the story eleven year old princess Anksehn is told her father intends to marry her, and since he’s considered divine his will is absolute. “Papyrus, you’re her friend. I ask you to make her see reason and obey the Pharaoh”, he’s told. This is circumvented, but still an unpleasant consideration. Testament to De Gieter’s storytelling skill is that we become so wrapped up in what’s happening in the past that all thought of the bigger picture evaporates as it occurs.

There’s a beautiful economy to De Gieter’s visual storytelling. His cartooning brings characters to life while simultaneously presenting glorious landscapes, and presenting background detail based on museum pieces, with painted decoration. A centrepiece to the story where the panel size expands is intrusive, and doesn’t work within the context of the established art, but it’s the only mis-step made.

Papyrus spends long enough in the past to have an inkling of what’s occurred in the present, aided by Princess Theti-Cheri and the dwarf Puin, who’s the comedy relief, his inclination to do the right thing tempered by his cowardice and lack of physical acumen. Here De Gieter straddles a fine line. Yes, Puin is the butt of jokes, but not ridicule, and given the reality of the times some of his behaviour is merely sensible survival technique. De Gieter maintains the suspense very professionally, springing another surprise every time Papyrus and Theti-Cheri appear safe.

Cinebook aren’t following the original publication order, but that matters little as there are barely any elements of continuity. In the manner of Tintin or Asterix any individual Papyrus graphic novel can be enjoyed without reference to the remainder. Next is The Evil Mummies.