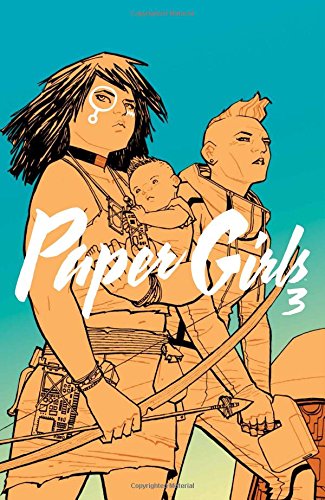 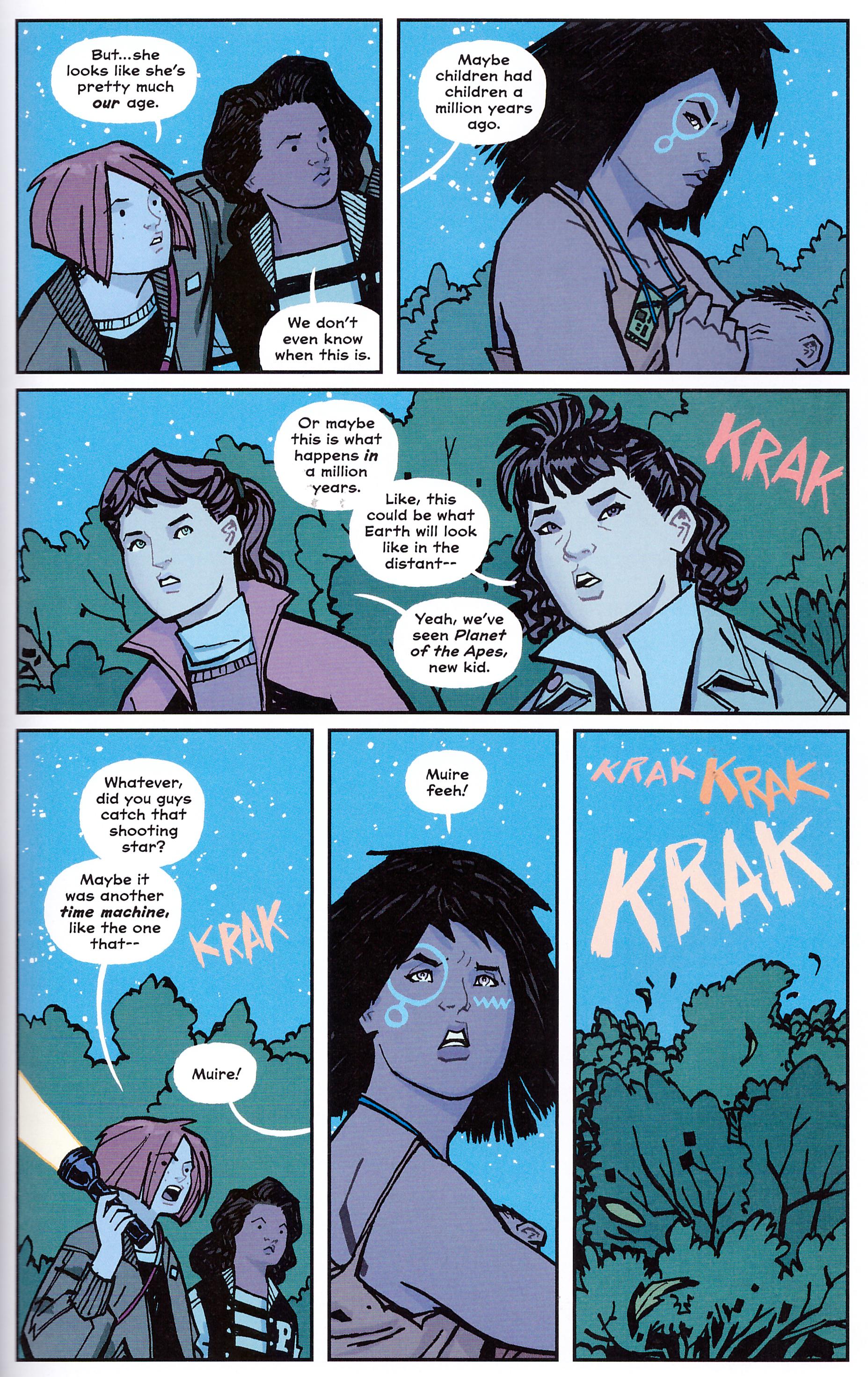 While keeping the cast consistent from book to book, Brian K. Vaughan has instituted a dramatic shift in tone and location as each new Paper Girls graphic novel starts. As shown at the end of Paper Girls 2, Erin, KJ, Mac and Tiffany are now reunited, but they seem to be in some form of land that time forgot, although giant mammals are the predominant species, not dinosaurs. Perhaps moreso than his other long-running series, Vaughan’s not really in the mood for providing much in the way of answers. As with the likes of Y, the Last Man or Saga, it’s the journey and the way different people interact with each other that’s the most important aspect of storytelling to him. Based on his other series you can have the faith that the answers are figured out, and enjoy the ride.

The four girls introduced in the first volume were all pre-pubescent, and that changes with a scene rarely seen in any English language comics, where menstrual cycles aren’t mentioned beyond an occasional glib quip. It’s matter of fact, with no great impact on events, but indicative of Vaughan’s approach to characterisation and events. It’s a method of keeping things real in the midst of the unknown.

Answers may not be forthcoming, but clues are dropped as the girls meet two other significant women. They’re pictured on the cover, one of them indigenous to the time and place, the other a visitor, but they both play a part in a form of greater understanding. In each story arc to date there’s been slightly more character development applied to one of lead cast than the remainder, and this time it’s the turn of KJ, who acquires some useful technology and has a glimpse into her future. It’s surprising to her, but nothing quite as shocking as Mac’s discovery in the previous book.

Cliff Chiang is an undersung artist. There’s not a lot of flash about him, but he has the entire spice rack of artistic skills. He’s a natural storyteller who prioritises clarity, he gives his cast distinct personalities, everything is in proportion and perspective, and he has a creative design sense. It all adds up to a very smooth read.

Is there a downside to Paper Girls 3? Well, it’s noticeable that the chapter endings, usually such a strength of Vaughan’s, are more often reflective than shocking. There’s nothing wrong with that, but it’s not been the pattern before now. There’s more than enough entertainment and personality development to make Paper Girls 4 an essential purchase. 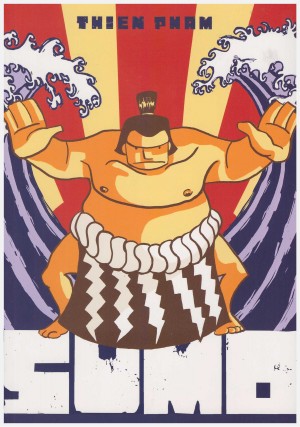