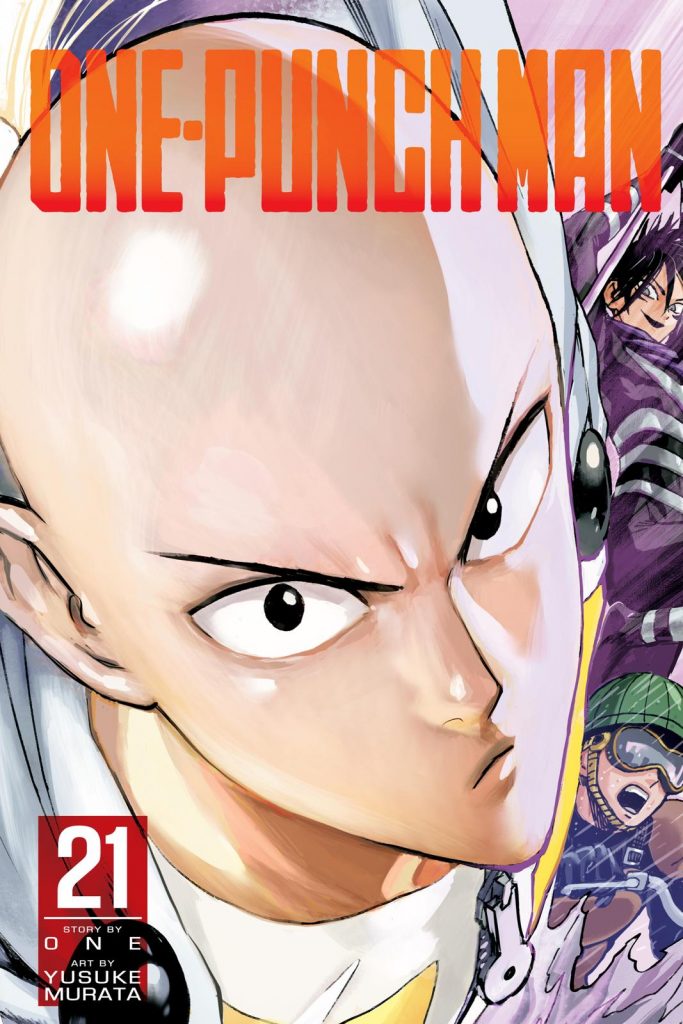 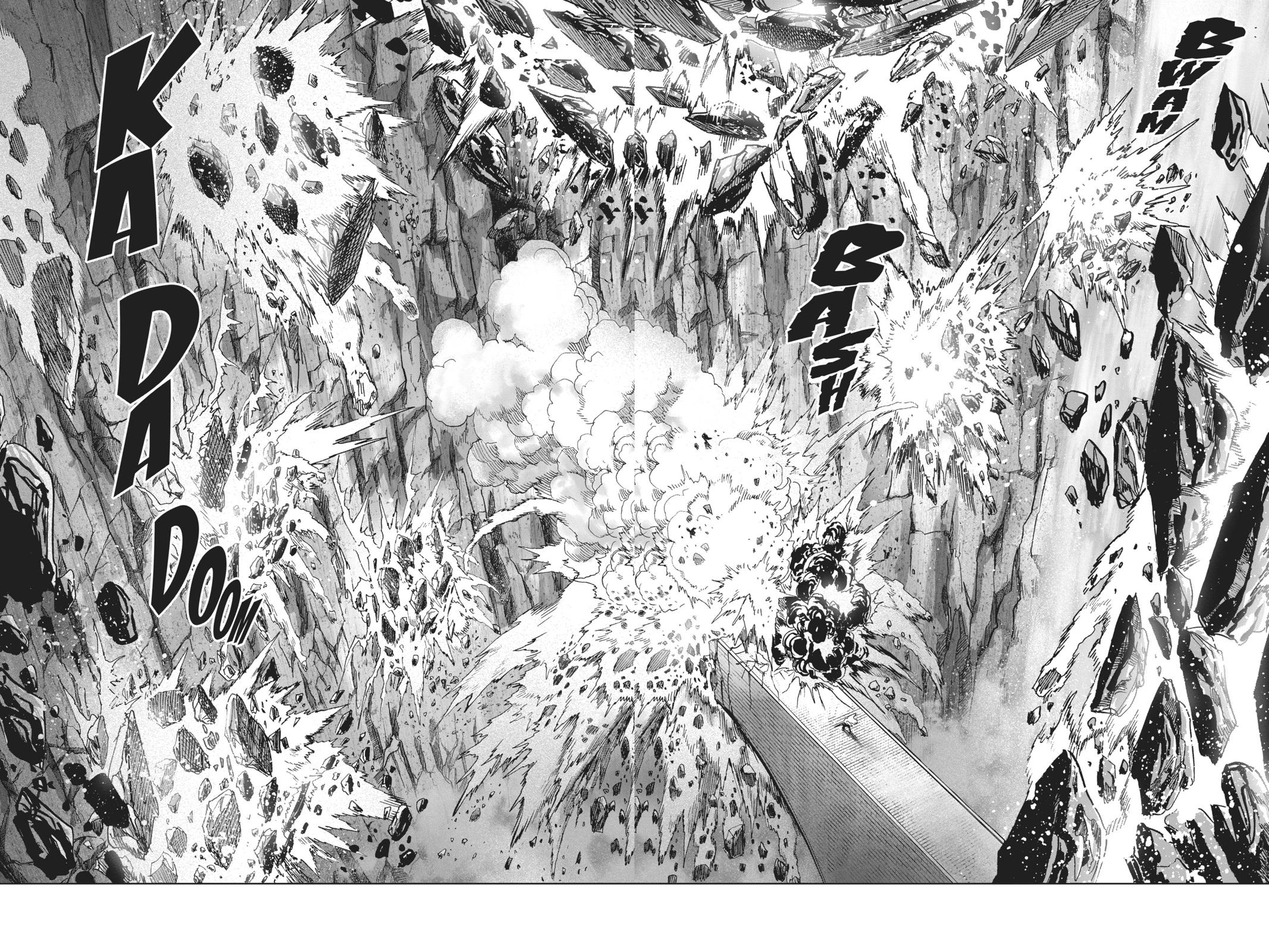 The cover to One–Punch Man 21 may show Saitama for the first time in many a volume, but his presence inside is no greater than it has been for the last half dozen books. That’s probably not going to surprise regular readers, who may not have seen the single punch thrown for quite some while, but have hardly been shortchanged by writer One and artist Yusake Murata.

Let’s Go! left off with the monsters having put up a good fight, but largely being trounced by the heroes. Their primary mission is to rescue a hostage, and now they know tunnels lead to the Monster Association headquarters, that’s the direction they take. Monsters await, however, and appear confident that the narrow tunnels might give them an advantage.

They’re wrong, but they do seem to place a handicap on Murata. If In An Instant was anyone’s first sight of One–Punch Man they’d likely be blown away by the action, but regular readers will notice a fair number of pages where Murata depends on smoke, action lines and sound effects. At its best, combined with greater detail and distant viewpoint on the sample art, this is still amazing illustration, but effects pages are far more prevalent here.

Child Emperor has been the guiding light plotting the attack on the Monster Association HQ, and he’s actually the one who rescues the hostage, but an inventive twist on a monster we’ve seen a few times makes that a lot more difficult than it would otherwise be.

While being grateful for the hero/monster showdown being underway, and acknowledging One is still incredibly creative when conceiving his battles, it might be nice if One-Punch Man actually got some page time in his own title next time out. That’s in Light.