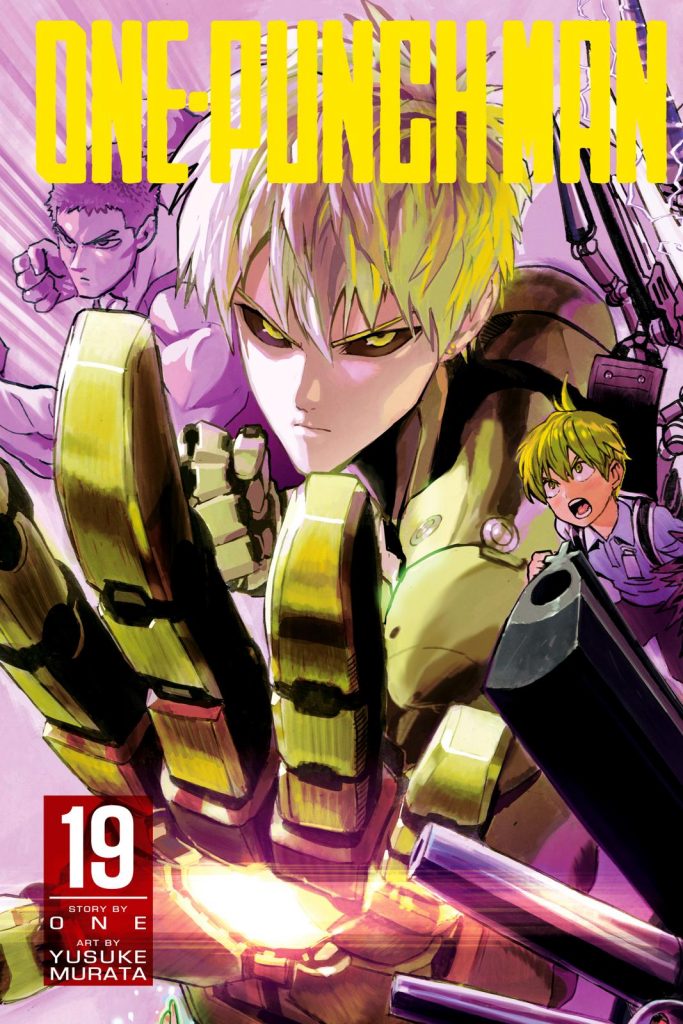 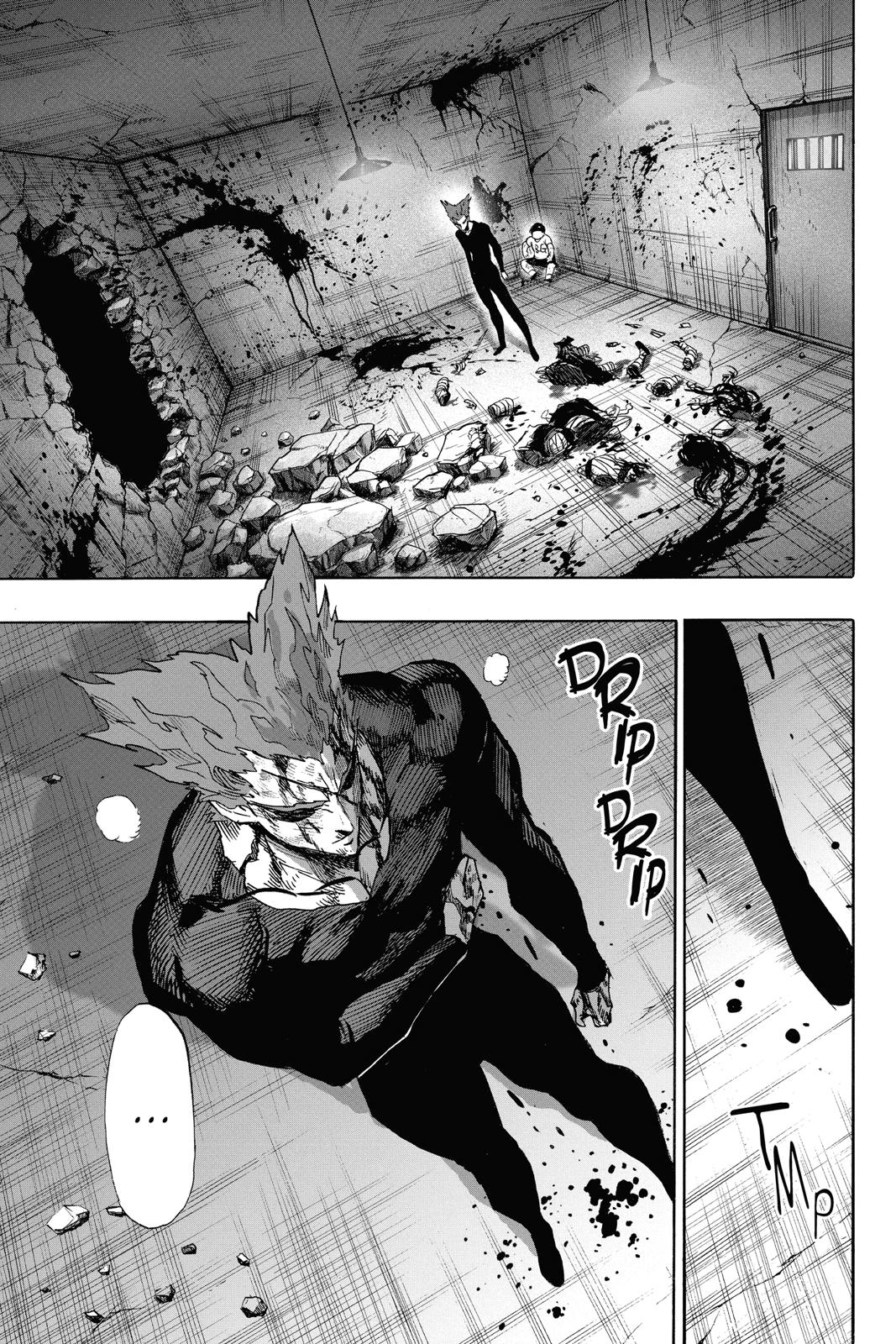 Over the past several volumes the Monster Association have come increasingly under the spotlight. They’re recruiting, flexing their muscles and are confident they now have enough heavyweights to deal with the S class heroes, never mind those whose Hero Association ranking is lower. As Limiter ended Garo was at a crossroads, and Saitama, the One-Punch Man, had retrieved his shopping.

The title of All My Cabbage is explained in a short opening chapter in which Saitama deals with his shopping and clears his flat. It’s been a long time, though, since Saitama was central to the action, and he once again takes a back seat, although that doesn’t mean no-one is concerned about the monsters. The Hero Association is plotting, and someone else is taking it into their own hands as One at least shows is what a Dragon Level monster can do. It’s comfortingly devastating.

That, of course, is down to Yusake Murata, who again delivers page after page of astonishing battle art. If there’s a consistency to One–Punch Man it’s excess, and that requires Murata to extend the consequences of some events over several pages, rippling ever outward, and the third chapter is especially stunning in that respect. So is the detail on some of Murata’s new creations in the closing chapter, cross-hatched scaly things with multiple heads on stalks with claws. Ugh!

As with so many volumes of One-Punch Man, this is almost all action, the short first chapter being the exception, but One’s talent ensures this isn’t just repetition. There’s a constant invention to the battles, the surprises provided by both the variety and sheer scale of the monsters, and Murata surpassing even his own high standards. The next volume’s titled Let’s Go!.