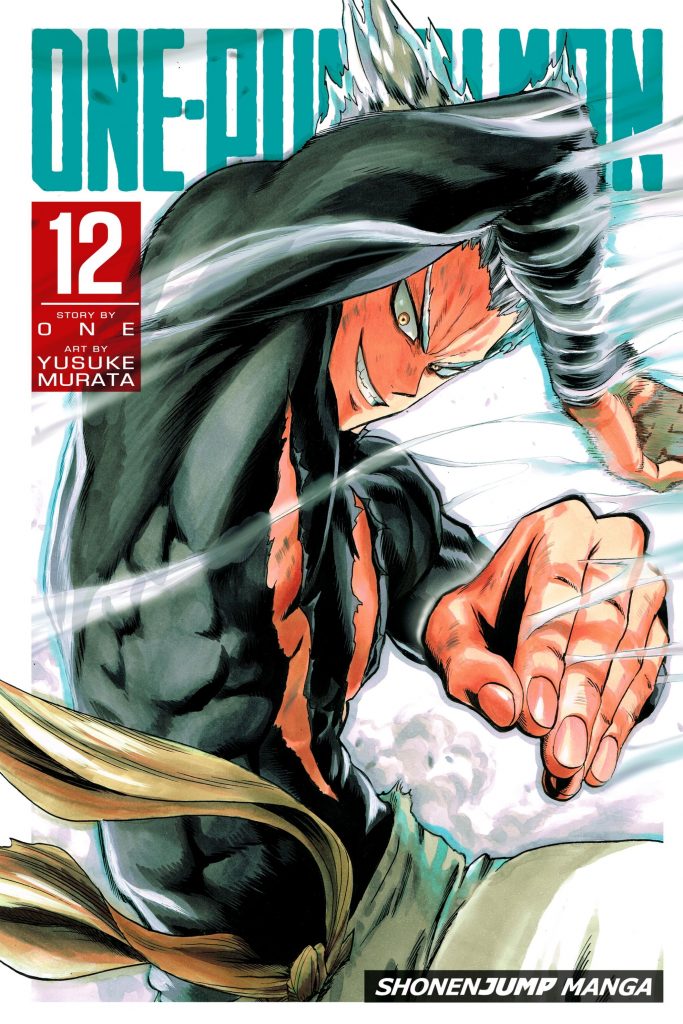 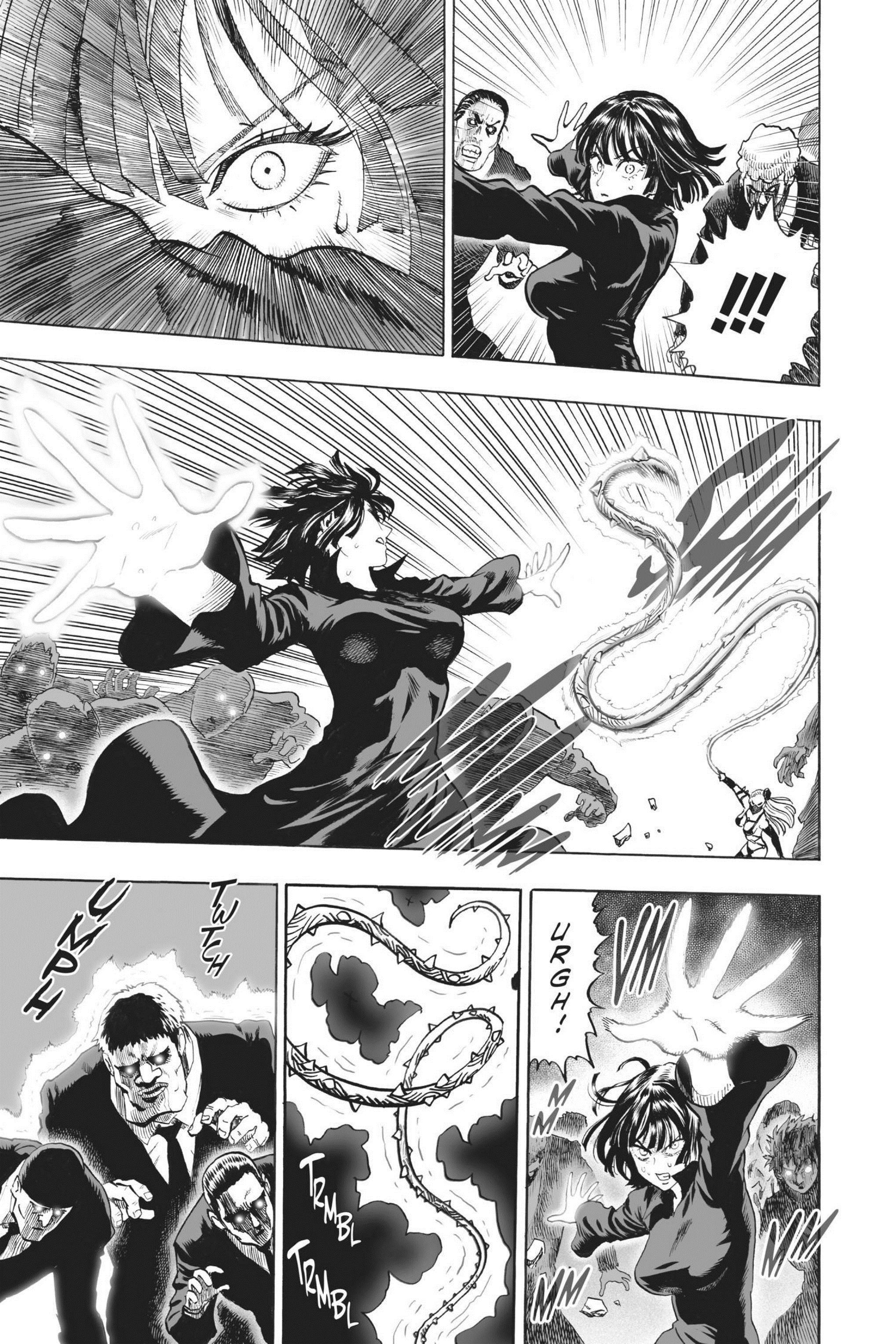 For the post two volumes, three simultaneous plots have occupied One-Punch Man. The villain Garo is determined to prove himself by taking down S class heroes one by one, an outbreak of monsters is devastating cities stretching the resources of the Hero Association to its limits, and Saitama is taking part in a martial arts contest unaware of any problems. Genos at least does hear of the monster emergency, but decides its something he can cope with, and breaking Saitama’s tournament concentration is unnecessary. Is he overconfident?

Yusuke Murata really put the effort in designing new characters and creations over the course of 11, and that pays off here as we see a lot of them in action, but there’s no rest for the phenomenal artist as One just pours in more new characters. The transforming Drive Knight is a wonderfully designed hero, as is Pig God, whose power has to be seen to be believed. Having filled One-Punch Man’s pages with monsters for the last two volumes, Murata now has to design the Monster King. He doesn’t come up short.

Almost since he introduced the Hero Association in 03, writer One has been undermining their purpose and viability, and that broadens with the question of what good the heroes actually do. There are always more villains, always more monsters, so what would happen without the heroes? It’s a question asked at the martial arts tournament. In the outside world we don’t see much of Garo and his obsession with taking down S class heroes until the cliffhanger ending. That’s something to be resolved in 13, as is the martial arts tournament, which has reached the semi-final stage.

For all the complaints about bonus stories in previous volumes distracting from the main story, the few pages here are first rate. A group of elite villains have surrounded top ranking hero King, who’s unaware of his predicament. Under any other circumstances with such a highly admired hero in One-Punch Man this would be no problem, but regular readers know King’s secret, and One plays this out beautifully.