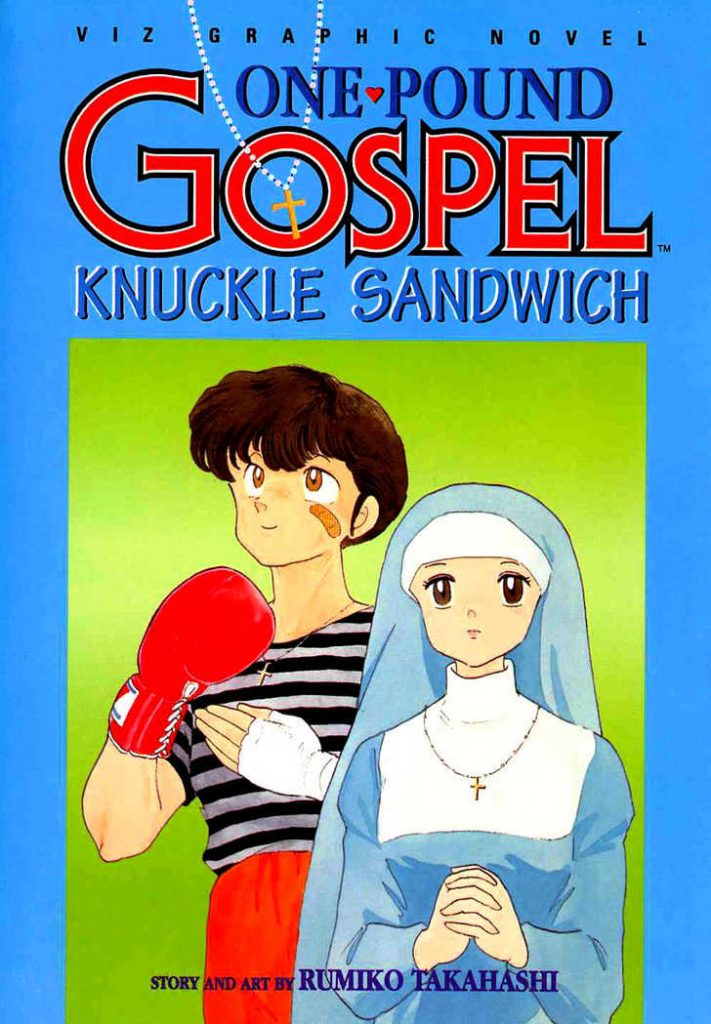 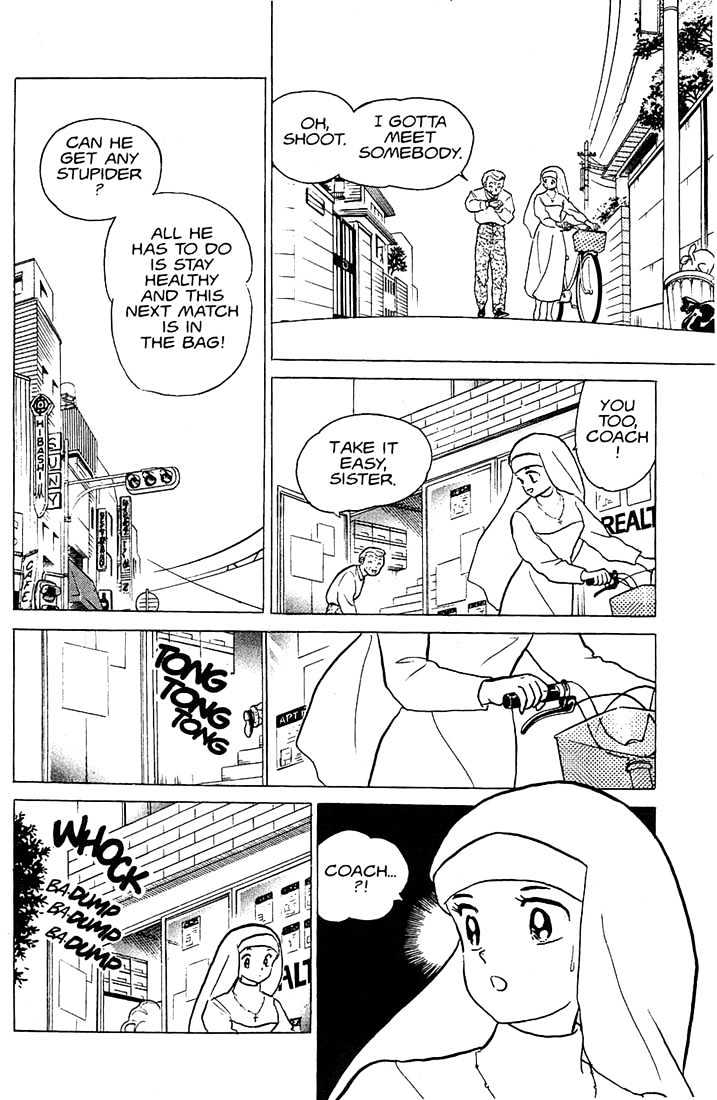 Knuckle Sandwich , or plain Vol. 3 in the revised presentations, provides three rather two stories of hapless boxer Kōsaku Hatanaka and his passion for novice nun Sister Angela. It seemed at first that his belief she’d turn away from God and toward him was ridiculous, but her private doubts as revealed in Hungry for Victory revealed he might have a chance after all. However, she’s kept that to herself.

It’s deliberately difficult to work out who’s referred to in the title ‘Lamb for the Slaughter’. Kōsaku can defend himself, but is so good natured, it could be him. Alternatively, it could be Yoshihiko, a spoilt rich kid determined to make a name for himself by knocking out the toughest boxer at the gym.

‘Tears for a Lamb’ introduces a greater mysticism as when Sister Angela prays for Kōsaku’s success the statue of Mary mysteriously begins weeping. How should this be interpreted? Meanwhile, although Kōsaku is confident, his coach is suspicious about his being offered an eight round fight with an imported Mexican boxer. There’s an outrageous twist at the end of the opening chapter, Rumiko Takahashi great at introducing limitations for Kōsaku.

‘The Fallen Lamb’ is this volume’s epic, five chapters compared with just two for the previous tales. Can it be true? Can Kōsaku’s head really be turned by another woman? Well Kana sure seems keen on him, and there’s no denying they have things in common. It’s another clever title possibly referring to several people, and the first strip to feature an opponent for Kōsaku who’s actually unlikeable.

Over her other titles Takahashi has a knack for pulling readers into the mysteries and problems of her often whimsical characters, but at the start One Pound Gospel was heavy on the whimsy and low on the drama. That’s been reversed. What began as an unlikely lead pairing has become completely natural and Takahashi twists the central relationship back and forth, particularly with a series of smartly devised sitcom style misunderstandings in the longest story. The characterisation is all at a level facilitating the comedy, but Kana’s flighty behaviour would be more at home in a 1940s movie than anything created in the 1990s. A single panel of a shower scene, which would be considered perfectly acceptable in Japan, ranks this volume as having some adult content.

A fourth volume concluded the story in 2008, but good luck trying to find it!