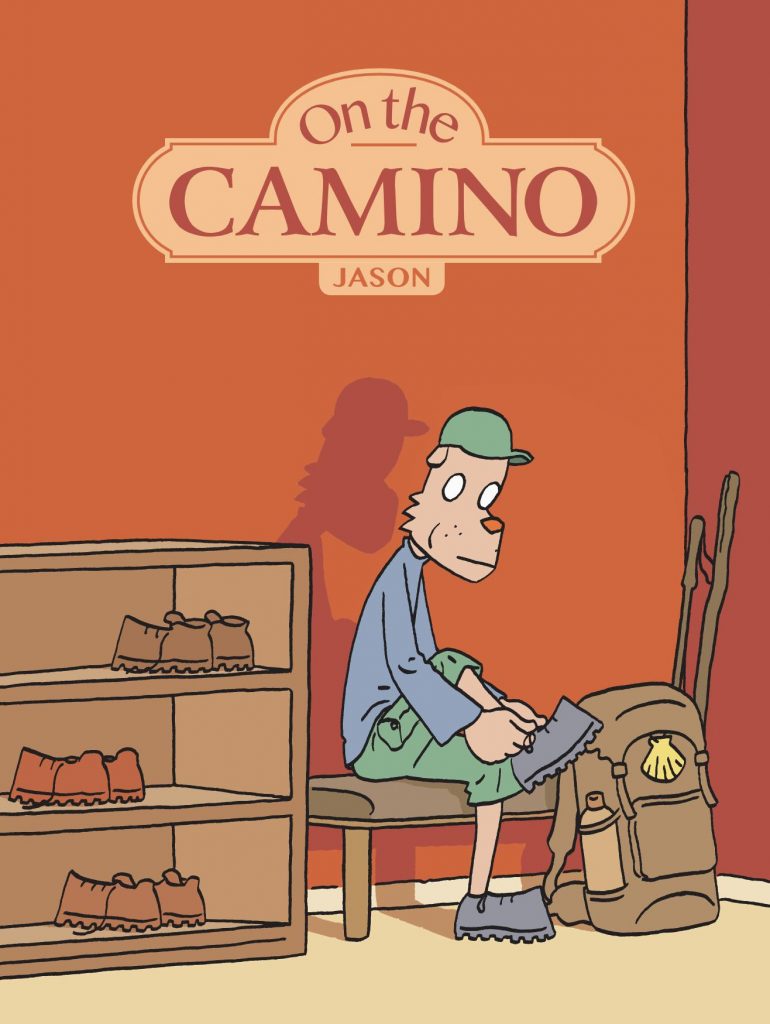 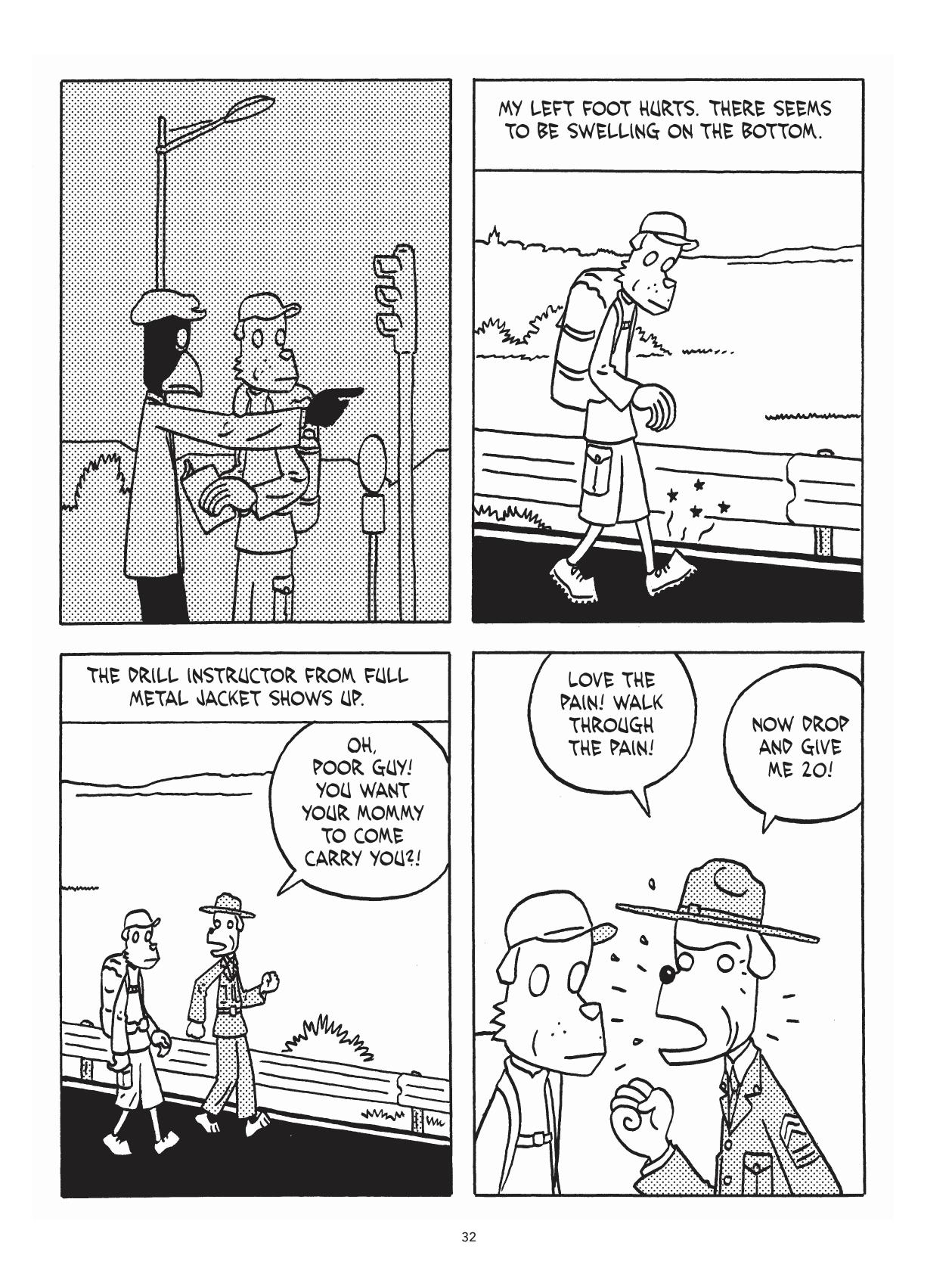 For over a thousand years the Camino de Santiago leading to the Galacian capital of Santiago de Compostela in North-West Spain has been a pilgrimage route for the Catholic faithful, only since the 1980s also becoming a tourist attraction. On the Camino is Jason’s documentation of his five hundred mile journey, made to commemorate his fiftieth birthday.

Jason is a unique cartoonist. His art is utterly distinctive, and even were someone else to draw his strips the individual nature of his fiction would remain. Regarding his approach to autobiographical experience, a telling comment comes early in the book as Jason has to remind himself to appreciate the view, accompanied by the annoyance that he’s often not present in his own life. He portrays himself as introspective, solitary by nature, and not someone who mixes very well. As he walks alone his inner thoughts manifest in the illustrations. They can take the form of the ghosts of pilgrims past or the drill instructor from Full Metal Jacket screaming at him to work through pain.

For many the route is still a spiritual experience, and that’s reflected by some stops along the way where people are fed and given a bed for a donation. Perhaps this trust system isn’t as efficient as it should be as on one occasion people are reminded that their donations will pay for meal provided to the next day’s travellers. These lodgings feature on several occasions, rendered in similar fashion, and repeating similar content.

On the Camino is readable, and punctuated with an occasional astounding anecdote from the cosmopolitan selection of other travellers, but it lacks the quirky and compelling nature of Jason’s fiction, and his cartooning is an active hindrance. It may be an artistic reflection of some inevitable monotony along the route, but Jason breaks down his story into a very strict four panel grid, and while it works for conversations, it’s unsatisfactory in conveying anything but. Very occasionally there’s a full page of urban sketching, but the beauty of the countryside or the architecture receives scant attention in comparison to the personal experience. The route was originally intended for reflection, but that Jason’s never previously seen a rabbit in the wild tells a lot about his appreciation of nature, a matter he comments on. Some sections are like a needle stuck in old fashioned record. In these, banal conversations with other walkers, cups of coffee and broken sleep are repeated with little to differentiate them, and they occupy several pages at a time. Perhaps mindful of this Jason’s fantasy sequences increase toward the end of the route.

Probably unintentionally, Jason in his baggy walking shorts brings to mind Tintin in his plus fours, but despite the ambition to walk such a great distance he lacks Tintin’s spirit of adventure, or indeed that of his own characters elsewhere. It renders On the Camino a change, but one of Jason’s lesser works. 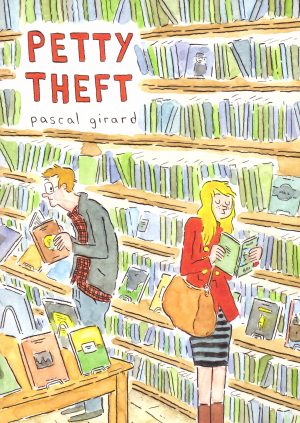