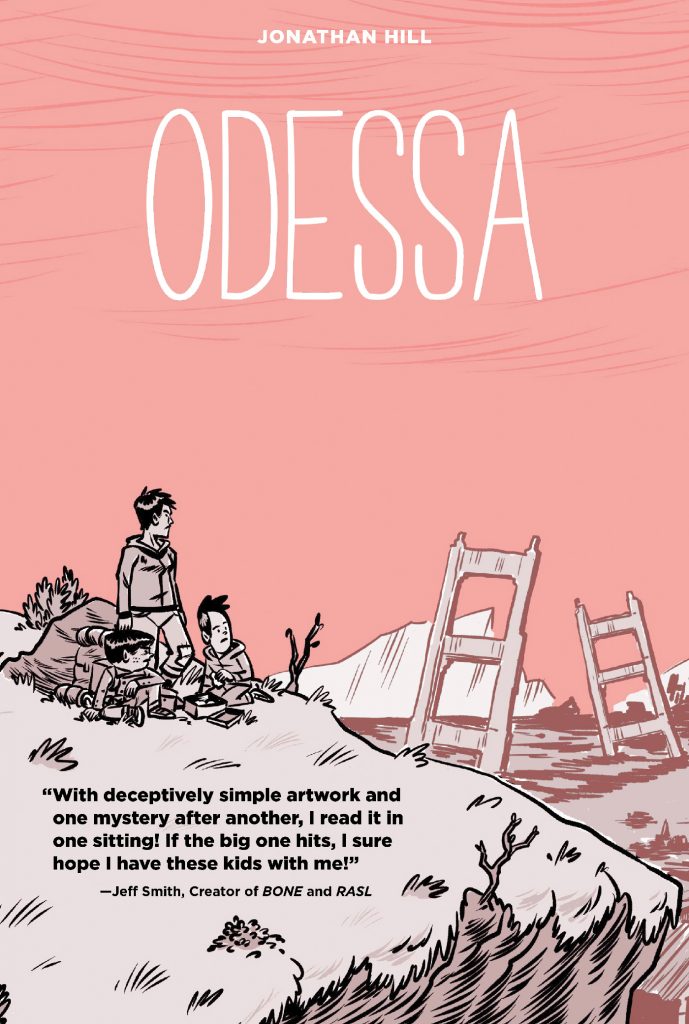 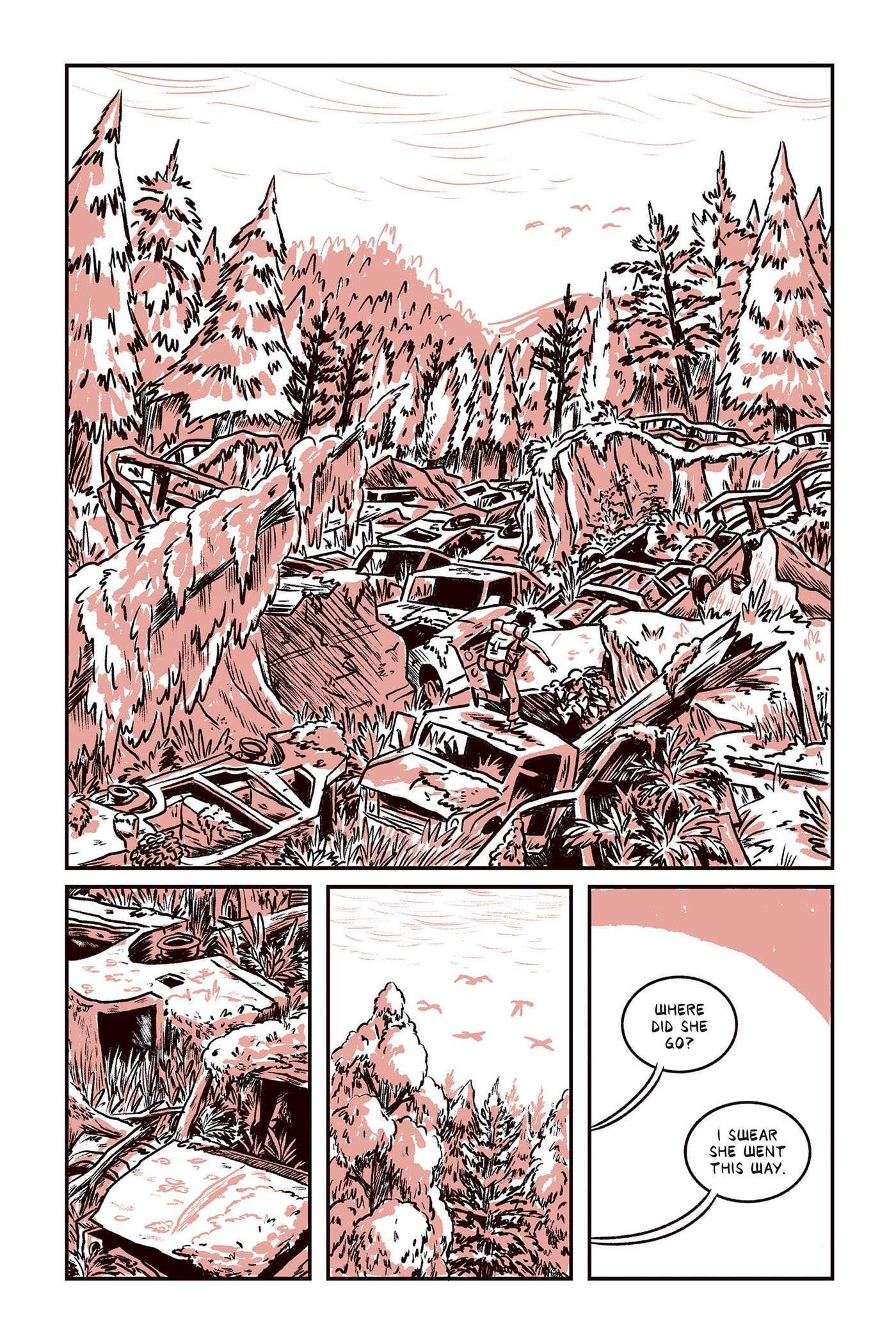 At its most trivial the post-apocalyptic story is just a means of having monsters on the loose. The more literary consideration, though, uses the scenario as a means of examining an individual or a group under pressure, which is the route taken by Jonathan Hill.

Ten years prior to Odessa picking up the story, a massive global earthquake destroyed much of Earth’s infrastructure, and what’s left of humanity scavenges in the ruins, with bartering and trade again the means of supply. Virginia lives with her father and younger brothers, their mother having left eight years previously after a big row. Her father won’t reveal the cause, but has repeated over the years that she won’t be coming back. At seventeen this answer is no longer good enough for Virginia, so she heads out to find her mother, whom she believes is in San Francisco. As in all good coming of age stories, it also means Virginia finding herself.

Hill sets up varied locations, keeping the pages simple, but detailed, showing the ravages of a world that rapidly disappeared and how nature is reclaiming it. It’s one hell of a trek by foot to California, during which Virginia has some tagalongs she didn’t plan for, and human nature also plays a part. In desperate times the fight for survival ensures some will always prioritise themselves by exploiting others, often violently. Hill keeps that violence at a young adult level, cutting away from the action, but showing the consequences. He also provides a thick read, with over three hundred story pages and no shortcuts like fifty page chases or frequent big panels (the sample art is an exception too good not to use). He has enough ideas and surprises to keep adults engrossed, feisty, likeable characters who’re not always what they first seem, and a rich way of telling a story.

Despite the setting, the emphasis all the way through is that there’s always hope. Despite the horrors she experiences, Virginia never loses faith that she’ll find her mother or that there’s a better path, while she and her younger brothers represent hope for humanity, adapting to new ways of doing things as they’ve never known anything else. Hill also twice notes that perhaps secrets protect no-one, they just fester until breeding more trouble. Best of all is the foreshadowing of a decisive scene near the end, Hill telling us the truth way back, but when no-one will believe it.

Odessa’s title is one of a few matters never explained, but certainly echoes The Odyssey, the long and strange journey taken by Odysseus after the Trojan War, and Odessa is a continuing story. This opening volume builds a convincing world that you’ll surely want to explore further.