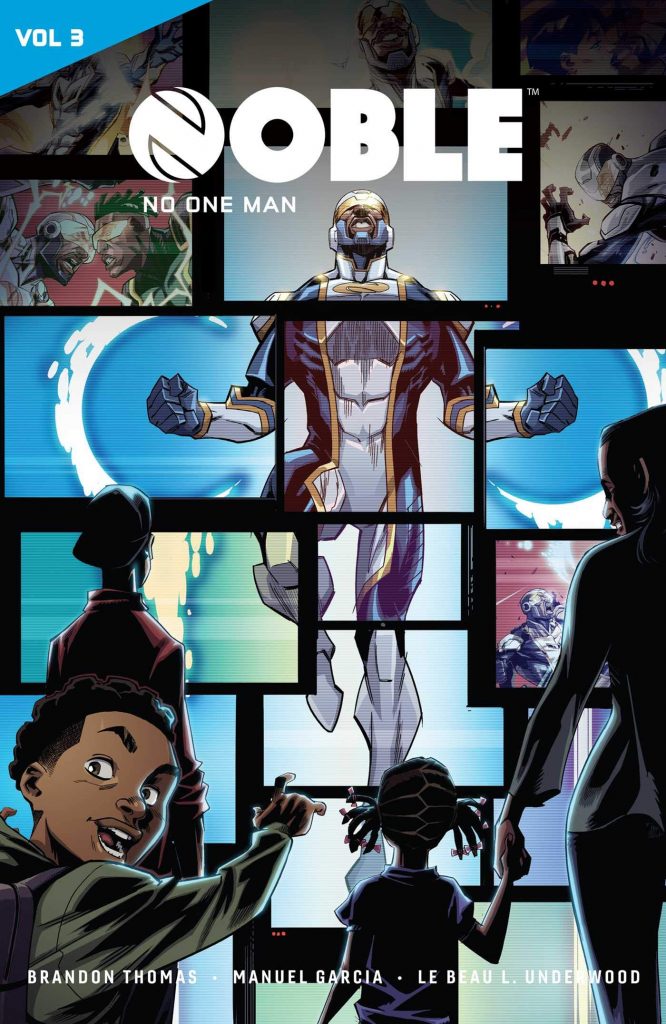 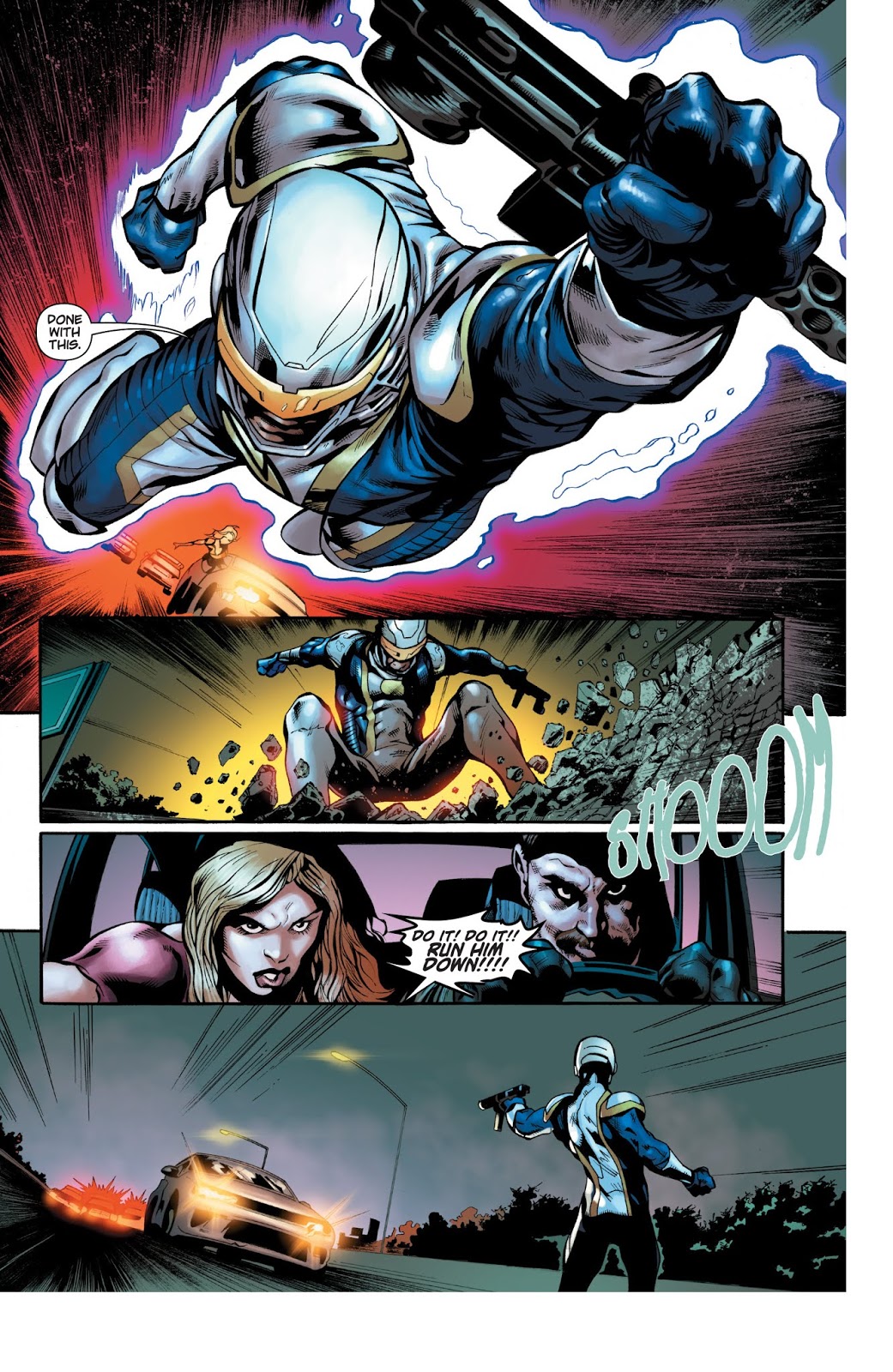 Two earlier volumes followed the story of David Powell, former astronaut, now a superhero, pulling his fragmented memory back together and, at the end, unleashing the potential of powers he’d acquired via contact with something alien. As seen to close Never Events, many others also found themselves with powers, but they don’t have David’s good intentions.

Brandon Thomas makes sure it’s known that just because Noble is whole again doesn’t mean everything’s right with the world, but he changes the pace for No One Man’s opening chapter. A TV talk show gathers a group of people affected by a hurricane telling the audience how Noble helped out, and this is cut through with Manuel Garcia’s full page illustrations showing him in action. It’s an effective statement as to his idealism and capabilities, although there are dissenting voices on the panel.

Garcia draws the entire book, and the superhero scenes pulse with energy. He breaks down stories to allow several stunning and memorable big images, and piles in the detail. Unusual elements like rain add to the effect. He’s not as good when it comes to having people’s faces look consistent from panel to panel, but that’s not needed too often.

While some steps forward have been made at Marvel and DC in the 21st century, they’re still a long way from an African-American with Superman level powers, and it’s a shame in 2018 that skin colour alone is enough to make Noble stand out. It’s more than that though. Thomas is a clever storyteller. One chapter begins with a battered Noble, then has him review what led to the situation along with his commentary about mistakes he made. The characterisation continues to be first rate and there’s a continuing fearlessness when it comes to exploring shades of grey. A second major plot runs alongside Noble’s exploits, and he becomes involved with that for the final chapter.

Everything is wrapped up very nearly for another fun and entertaining superhero outing, which climaxes with a cliffhanger. It’s one of several reasons it’s a shame this is the final Noble trade, but his series continued for five further issues as yet uncollected.