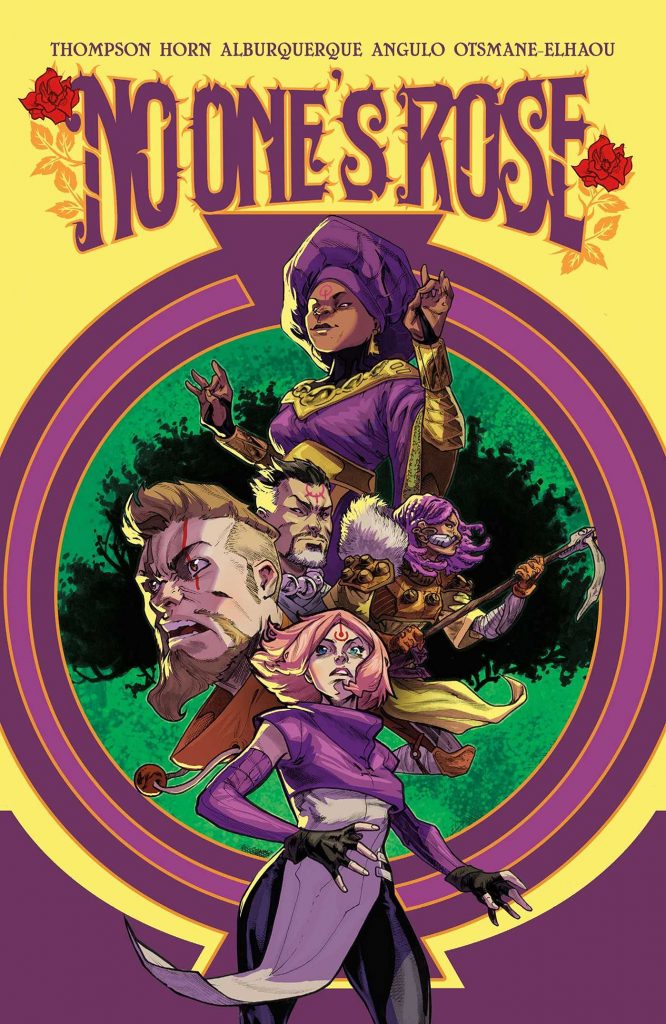 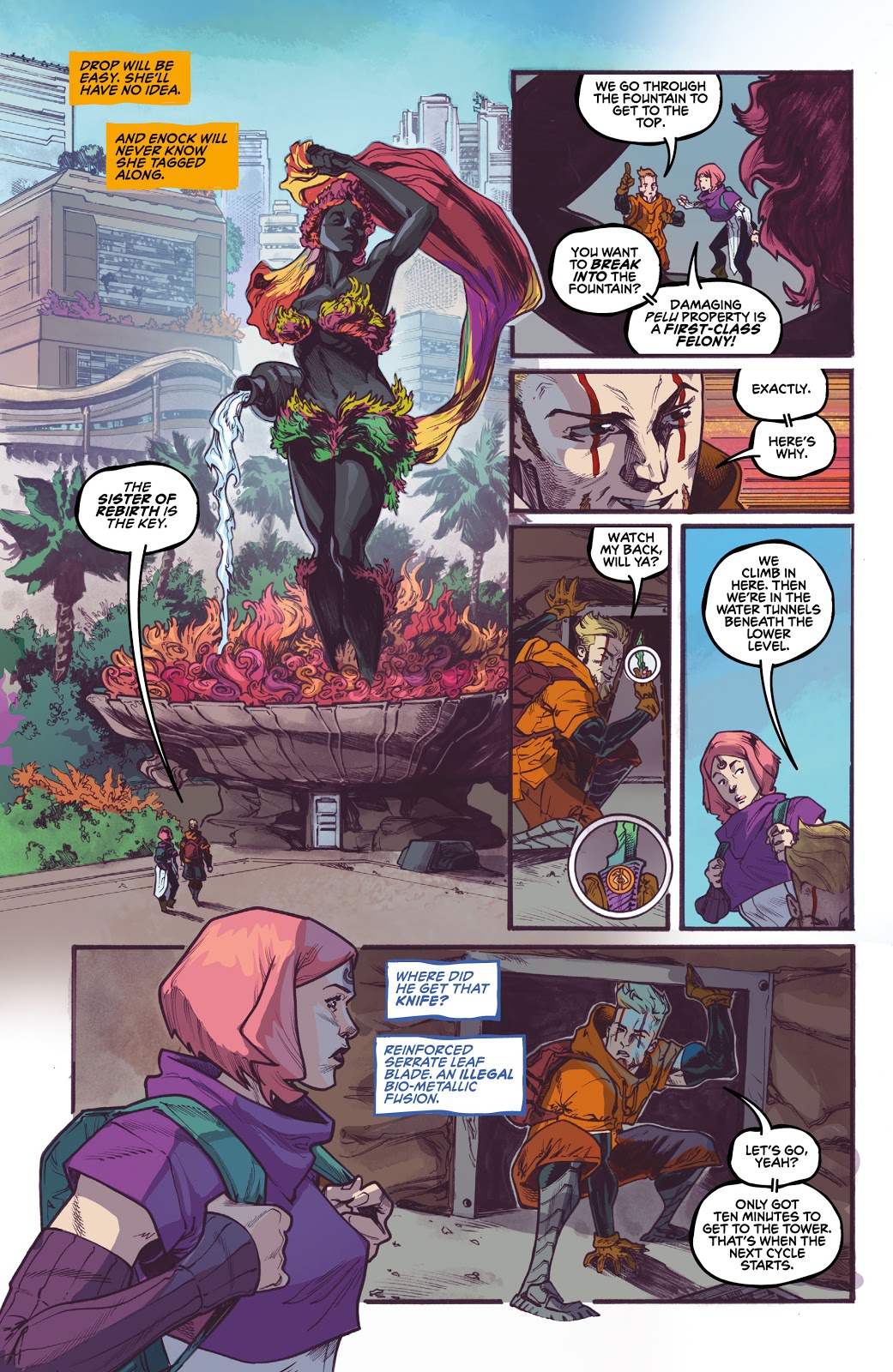 In the late 21st century Earth’s eco-system collapsed triggering mass extinction. Centuries later mankind lives in remnants on a devastated planet within domes protecting them from atmospheric dangers. The focus is Tenn Gavrillo, a brilliant research scientist investigating the gene splicing of trees to enable them withstand dangers in the wild, and her gay brother Seren concerned about the secrets within the dome community. He’s not alone in that, as revolutionary group the Drasil believe people are being forcibly kept within the dome, and both Gavrilos have to fight against the legacy of their father, considered a traitor.

Zac Thompson and Emily Horn’s plot is very dependent on Tenn and Seren, each disappointed in different ways, yet each with the skills to make a difference. However, neither is completely aware of where they’re heading. There’s a tension to that as the world is built around them, expanding in surprising ways, and well designed by Alberto Alburquerque, whose vehicles and other devices often have the awkward look of having been created from what’s available. Much the same applies to his people, who’re rough and ready rather than film icons, folk you can believe have hard lives in uncomfortable times.

A fourth chapter of wonder underlines the over-riding message that’s been gradually distilled as more is seen of the world, but the question remains whether adherence to ideology will prevent progress. A very definite pro-ecological agenda is the subtext, and considerable thought has been put into how the technology works, with some interesting revelations. What sustains No-One’s Rose to the end is the tension of whose version of what’s best for humanity will prevail, and although slightly over-wordy at times, it’s a journey most readers will want to take.