New Tales of the Arabian Nights 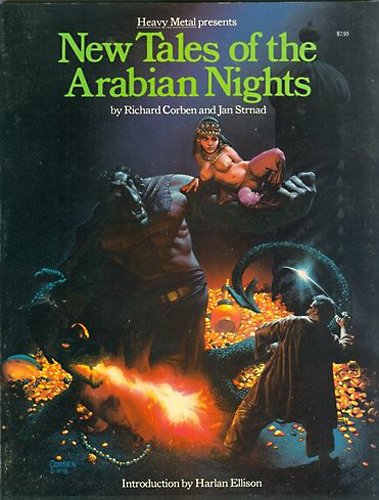 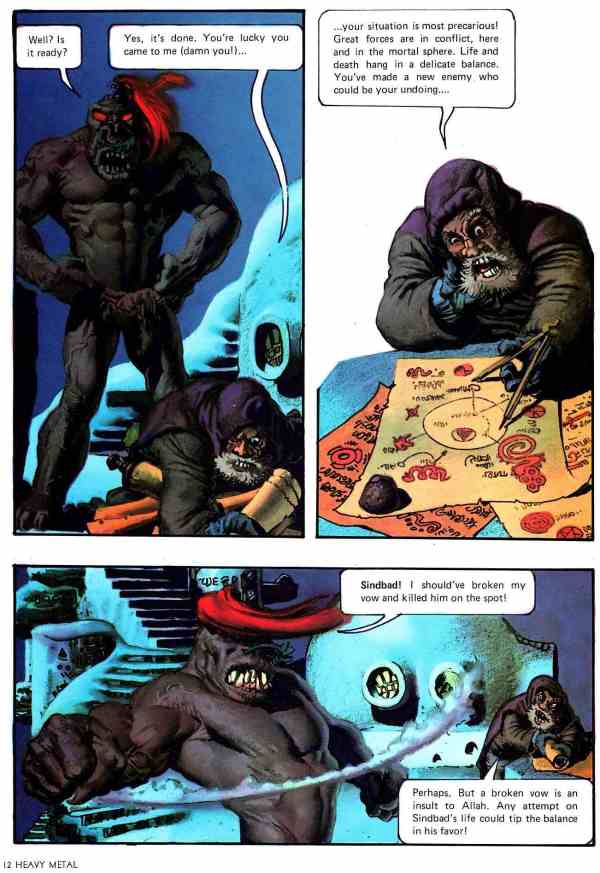 Richard Corben was one of America’s greatest proponents of graphic narrative. He was an animator, illustrator, publisher and cartoonist, springing from the tumultuous wave of independent counterculture comix of the 1960s and 1970s to become a major force with his own unmistakable style and vision. He was equally renowned for his mastery of airbrush, captivatingly excessive anatomical stylisation and delightfully wicked, darkly comedic horror, fantasy and science fiction tales.

Always garnering huge support and acclaim in Europe, he was regularly collected in luxurious albums even as he fell out of favour – and print – in his own country. New Tales of the Arabian Nights gathers a particularly impressive fantasy serial unseen in English since its late 1970s serialisation, but has sadly again dropped out of print, although used copies can be acquired. It cunningly reveals the final voyage and fate of a legendary hero

Collaborating with writer Jan Strnad, Corben opens this superb fable with a history of charismatic storyteller Shahrazad and how she charmed her murderously strict husband, then goes on to concentrate on the tale she kept from him and only shared with her wayward sister Dunyazad: ‘Sinbad in the Land of the Jinn’.

‘The Last Voyage of Sinbad’ begins when merchant Badr al-Bakkar recognises a Sufi sage as the legendary seaman and begs to know what turned such a worldly warrior into a penitent priest. As the broken old wanderer speaks of his secret Eighth Voyage a saga of tragedy and wonder unfolds. We learn Sinbad was a bored and restless husband who broke many of the Prophet’s Holy Injunctions and, whilst drunk one night, encountered a Jinn who attacked him, claiming the sot had killed his wife. In retaliation the supernatural horror demanded the life of Sinbad’s beloved spouse Zulaykha, but could not find her. The woman had vanished from the face of the Earth and the terrified adventurer resolved to find her and save her from the vengeance of the merciless Ifrit.

He is aided in his quest by the enigmatic Akissa, who claims to be the selfsame demon wife Sinbad supposedly murdered. She wishes to be divorced from her brutal trickster husband and offers to guide Sinbad and his crew to the magical realm of Zu’l Janahayn, the Jinni King of Kings who can grant any wish should he please. All they must do is find his floating citadel of Ketra.

And thus begins a quest of shocking terror, stupendous action, wanton debauchery and stunning duplicity, which results in the near-breaking of our hero, magical horrors and valiant perseverance.

The artist’s signature stylisation includes abundant nudity, excessive, balletic violence and astoundingly proportioned male and female physiques. These are all prominently displayed in this cunning and beguiling continuation of the fabulous legend of an immortal hero, which still finds room for a brilliantly contemporary twist.

Corben is a unique visual stylist blessed with a love of the dark and graced with a scathingly sharp sense of humour. Combine that with our apparently insatiable hunger for monsters and mystery and this book becomes the ideal treat to while away the witching hour. 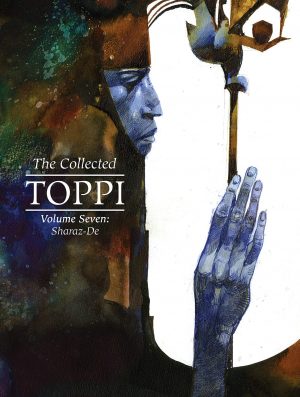