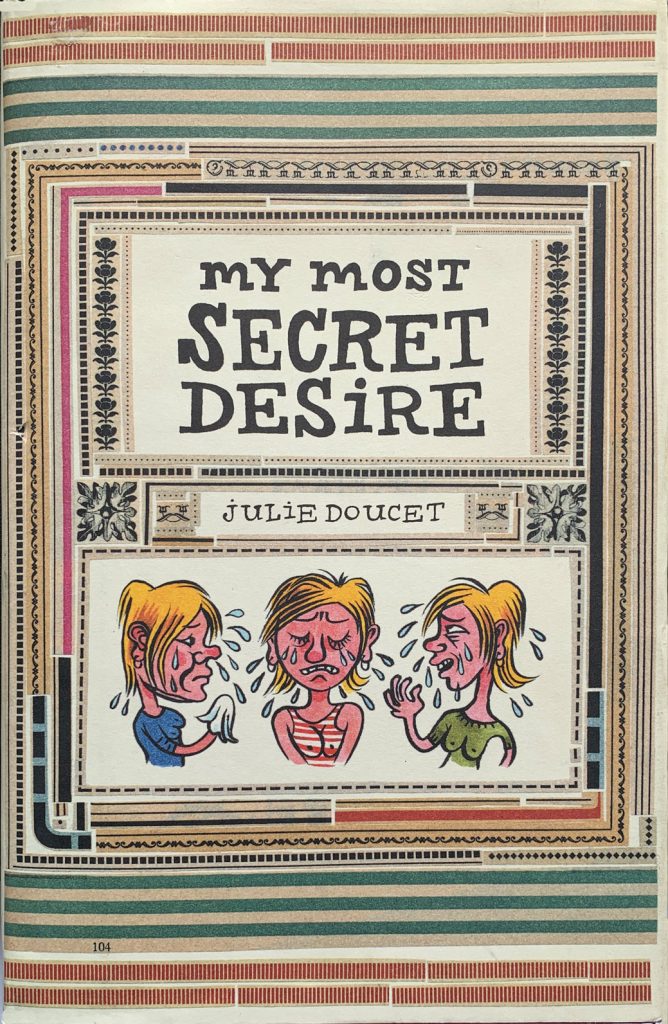 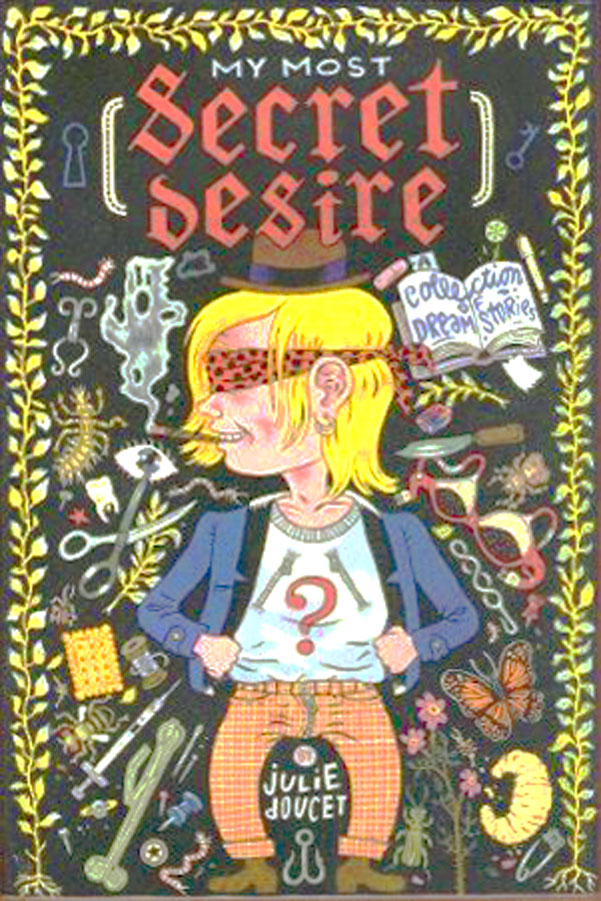 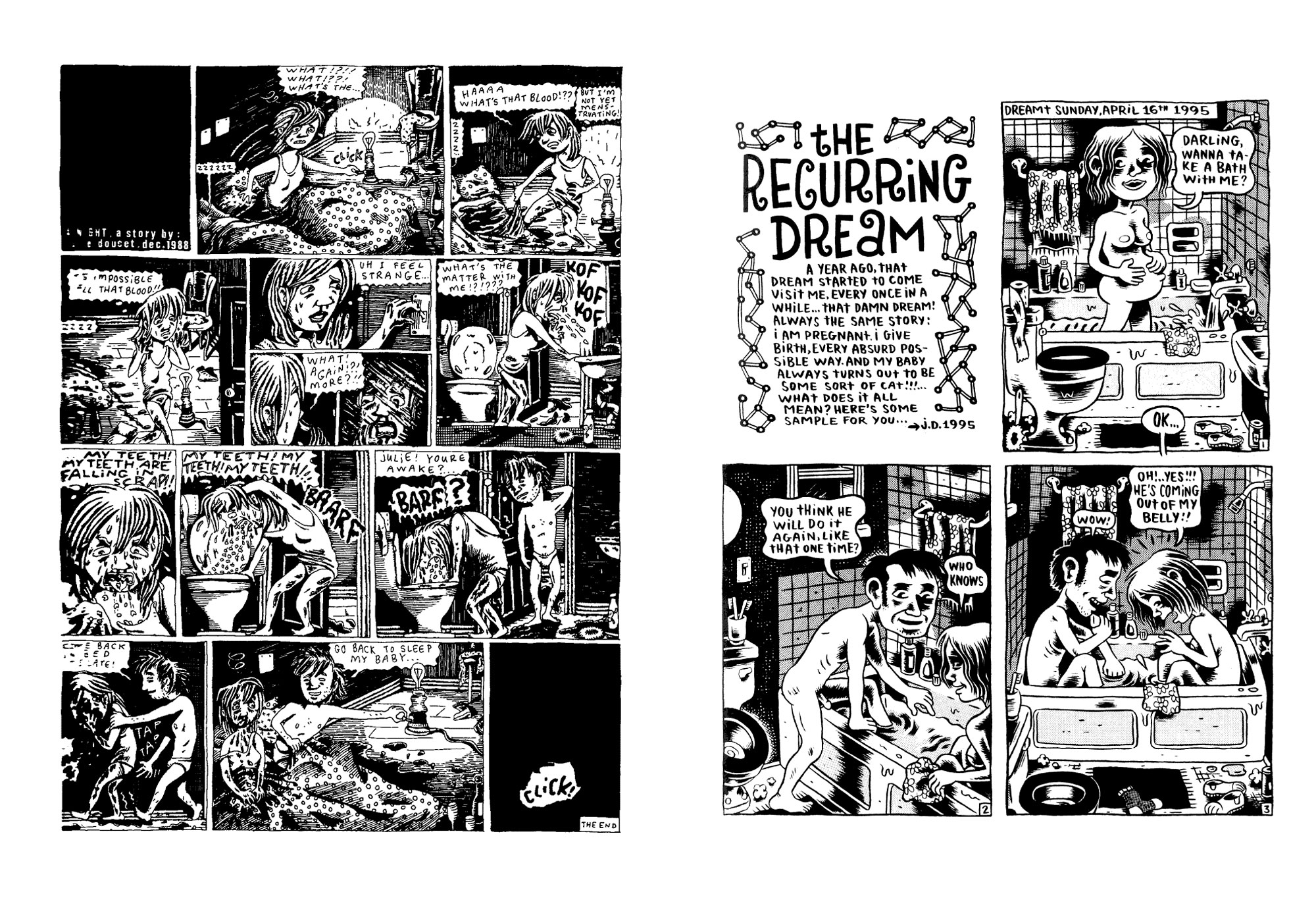 This book begins with a single page strip, ‘A Night’, dated December 1988. Julie Doucet draws herself suddenly awake in bed. Sitting up, she flicks the bedside light on. She gets out of bed, finding both herself and the sheets covered in blood. “But I’m not menstruating!” She thinks. She goes to the bathroom, feeling strange and looks in the mirror to see blood flowing from her nose. And then her teeth begin falling out too. As she leans over the toilet, distressed, showering endless numbers of teeth into the bowl, her partner comes in and takes her back to bed.

The second story, ‘At Night, Coming Home’, four pages long, has her walking into her apartment to find a guillotine suspended in a doorway and her cat Charlie cut in half. Suddenly she realises “Glp! There’s guillotines everywhere!” She escapes her apartment through the window, but it slams shut on her leg, she loses her grip and falls to the ground below, landing on her neck. The densely-inked pages crammed with detail, wobbly sound effects and exclamations of pain and fear are stressful to look at and vividly convey the feelings of being trapped in a senseless, nightmarish ordeal.

My Most Secret Desire collects into one book eight years of strips from various issues of Dirty Plotte featuring Doucet’s transcribed dreams. Her drawing style, so dense and scribbly, filled with tiny objects to look at and pick out of the mass of lines and textures that fill each panel, generally teeters between gross and hilarious, ready to tip either way at any point. These stories use those properties to keep you reading as you wonder where these episodes are heading, and what could possibly happen next. Just as her persona in her strips is a heightened version of her normal self, these dreams are an extreme version of what you might experience yourself, with horrible situations that end even more terribly than they begin. Not all the dreams recounted here are violent or terrifying. There’s that dream about being back at school and having to sit an exam; people who turn into others, or vanish; and there are several dreams where she is now male, with a working penis that she has to test out immediately.

Because these strips record her dreams without any additions or commentary, they end abruptly. Most stop with no resolution, which is what you’d expect, but without much variation in tone, this book becomes one random weird thing after another, all equally blank. It might have seemed like a good idea to gather them all together for a themed collection, but even Doucet’s skills at presenting unsettling material in an entertaining, involving way can’t overcome the repetition. It makes each dream far less powerful than when encountered mixed in with other kinds of stories. Read a few at a time and you’ll enjoy this book a lot more. 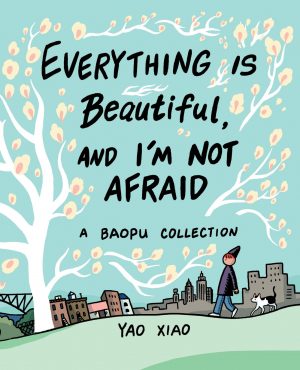