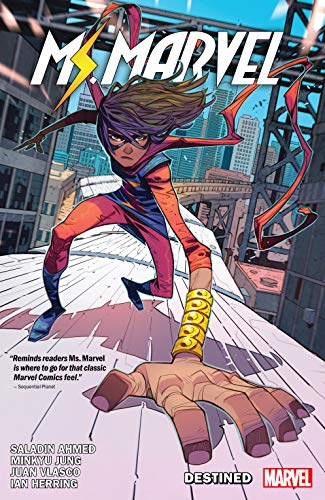 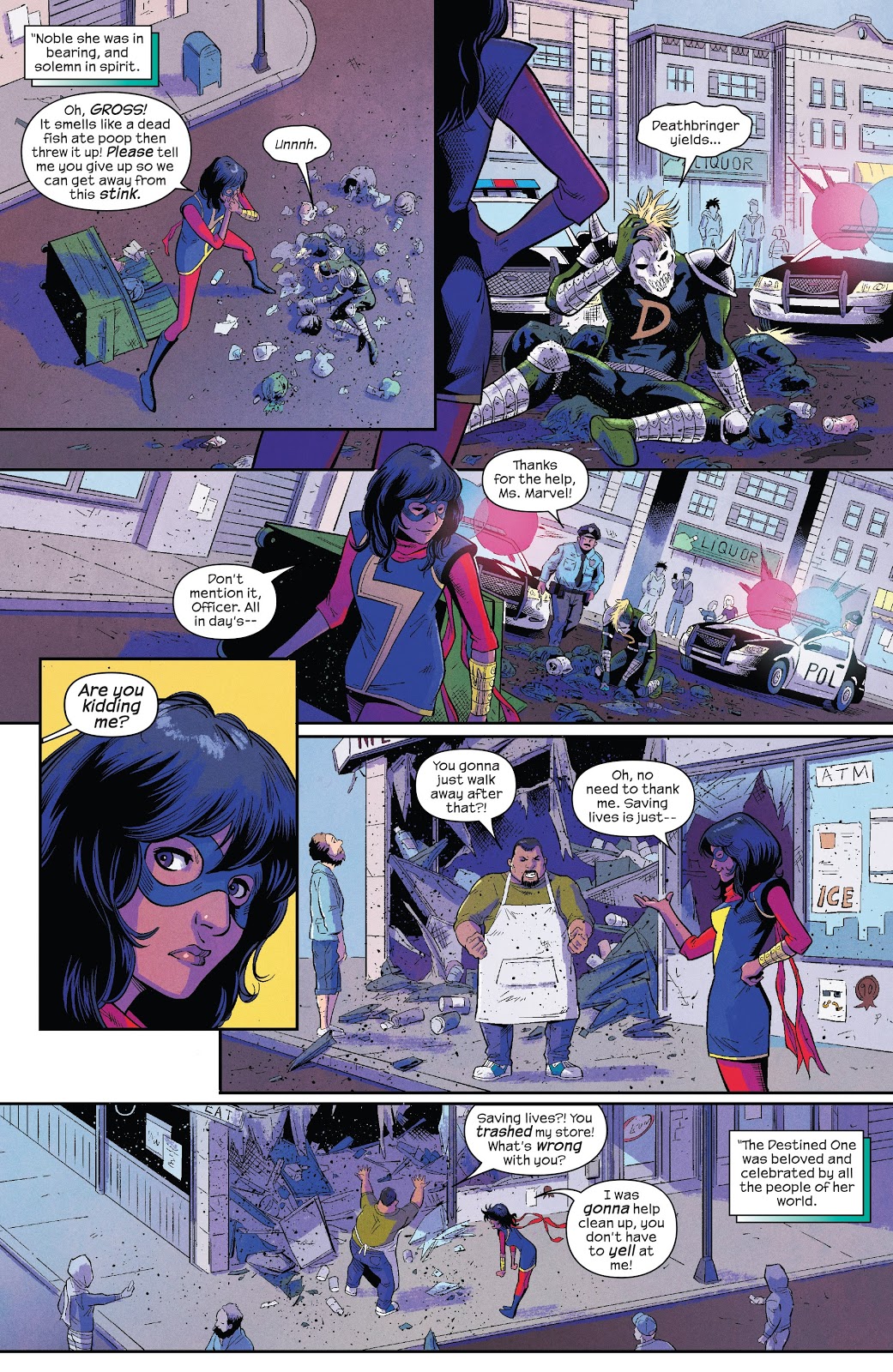 When she was introduced in 2014, Kamala Khan as Ms. Marvel was the first new superhero in many a decade to successfully emulate the Spider-Man template of a teenager we care for coping with a believably complicated life even before being a superhero was added to the mix. Any concerns about whether she would be placed in safe hands after her creator left with Time and Again are dispelled by a lively opening chapter in which Saladin Ahmed runs through Ms. Marvel’s origins and friends, builds on her home life, and introduces her adventures in another world. G. Willow Wilson selected Ahmed to follow her based on his imaginative work on other superhero titles, with his family background also giving him a unique insight unavailable to most other Marvel writers.

Ahmed straddles a fine line, at first keeping close to the joyous adventures in Jersey City we’re accustomed to, and featuring the regular supporting cast, then forging his own path by having Kamala revealed as a being of destiny according to the prophecies of an alien race. There’s a nice touch to this as Kamala is accompanied to another planet by her parents, meaning a secret revealed, and leading to a new dynamic for superhero comics.

Minkyu Jung is an equally inspired choice as artist. Ms. Marvel would lose considerable charm featuring standard superhero art only offering grimacing and scowling people. It needs a largely upbeat depiction of folk, with the skill to be able to slip into the more commonplace superhero style every now and then. Jung provides this in spades, his people with a real life to them and Ms Marvel’s powers, which can look ridiculous with the wrong artist, also convincing.

Destined provides as smooth a creative transition as superhero comics have seen, supplying the same joy to be found in earlier Ms. Marvel, but also the confidence to move in new directions without violating the tone. It’s a treat, and the downbeat ending ensures we’ll all follow to Stormranger. 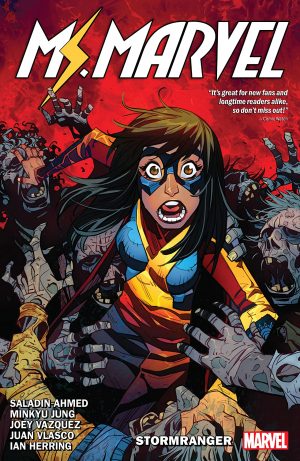