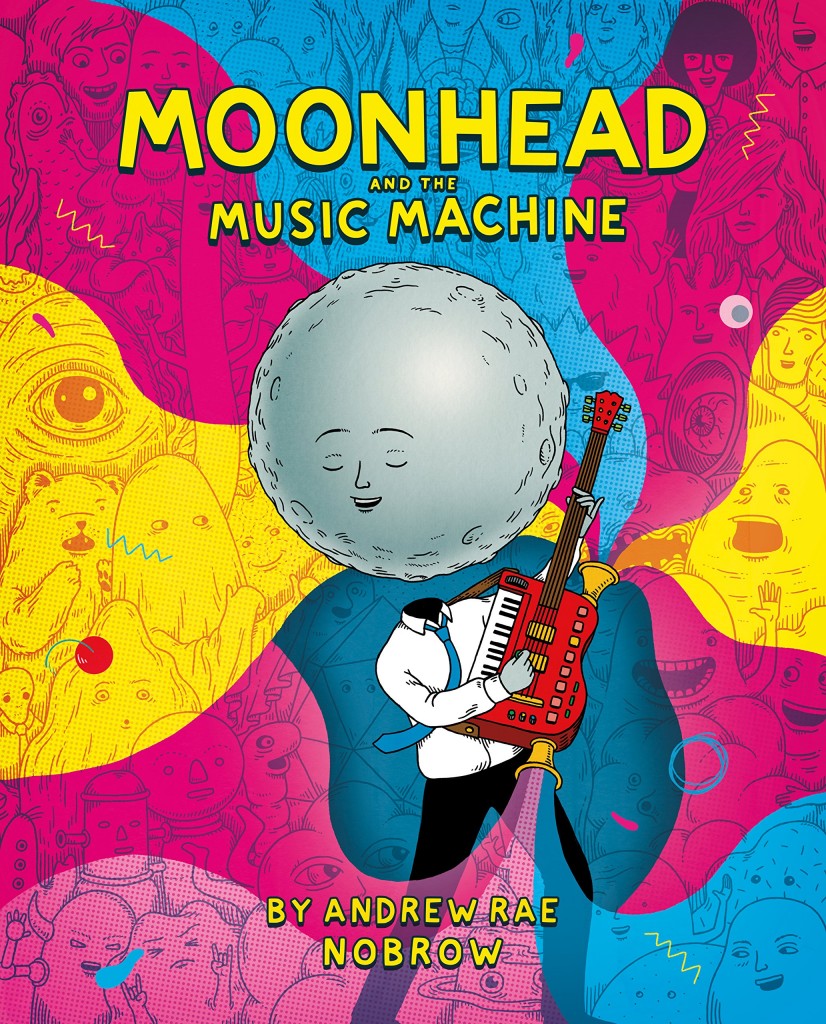 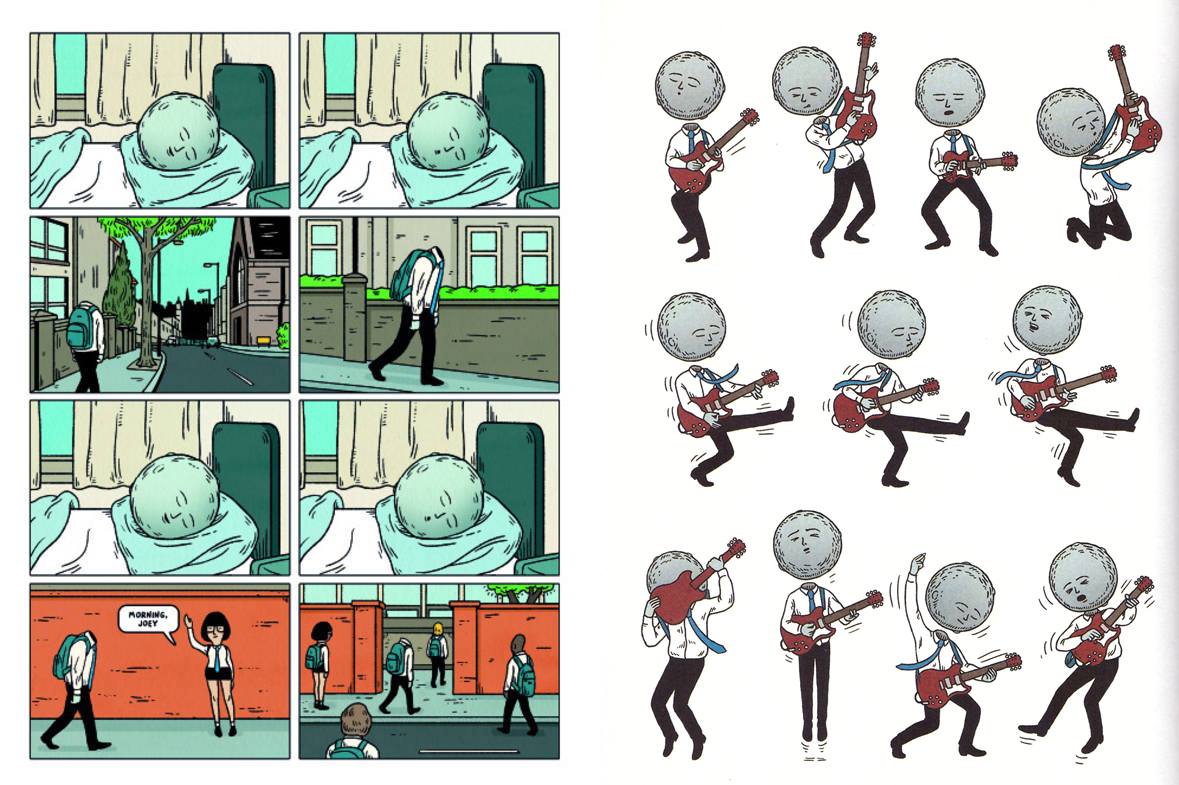 Despite the possibly confusing cover lettering, this engaging and surreal story isn’t the work of a creator named Andrew Rae Nobrow, as the latter is the name of the publisher.

Moonhead is pretty well left to his own devices as his parents are constantly busy, but has the useful talent of being able to sleep while his body works on autopilot, dressing and heading to school while the head follows later. He’s a dreamer, and told off by teachers for being so, but the school talent show offers him the opportunity to show what he can really do with his self-created music machine. At school he hangs around with the dependable Sockets, while avoiding overbearing bully Doug and secretly having a crush on Doug’s girlfriend, blonde siren Melissa.

Good natured and considerate most of the time, Moonhead is an extremely likeable character drawn by Rae in an early 21st century wonky cartoon style, with surrealistic flourishes. Rae is generous with detail and imagination, frequently stepping away from a disciplined grid of panels to present the unusual, with great use of flat process colour. The strange is normal at Moonhead’s school, and accepted as such by pupils clothed in traditional black and white school uniforms. Rae is a graphic designer by trade, and that shows in his tidy page compositions and visual clarity, although he’s never too concerned about maintaining the plot should a diversion occur. There’s a great six page section which is just Moonhead looking at album covers from fictional bands Rae has surely waited his entire life to unleash on the public. The world would be a better place for an artist named Fulcrum Wilson actually existing.

As Moonhead continues, Rae indulges himself further by dipping deeper into surreality, in what becomes a fable highlighting the power of music to change perception. Just in case it may bother you, what’s otherwise intended as a young adult story features a few naked bums and a lot of visual symbolism over a scene where Moonhead fantasises about Melissa. This is creatively inspiring, utterly joyful and a lot of fun.