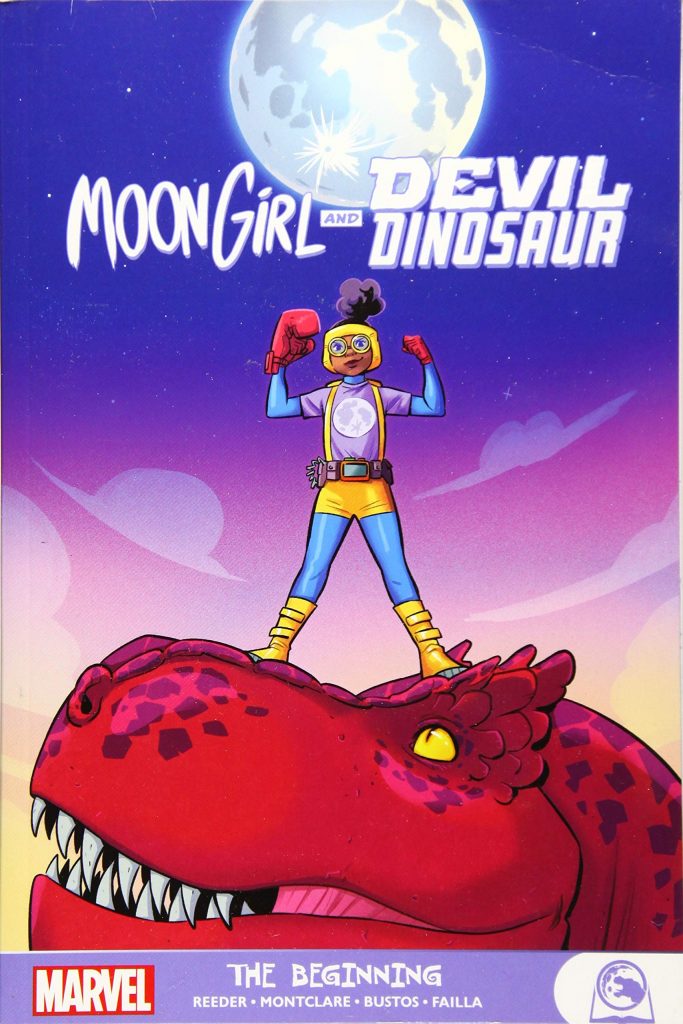 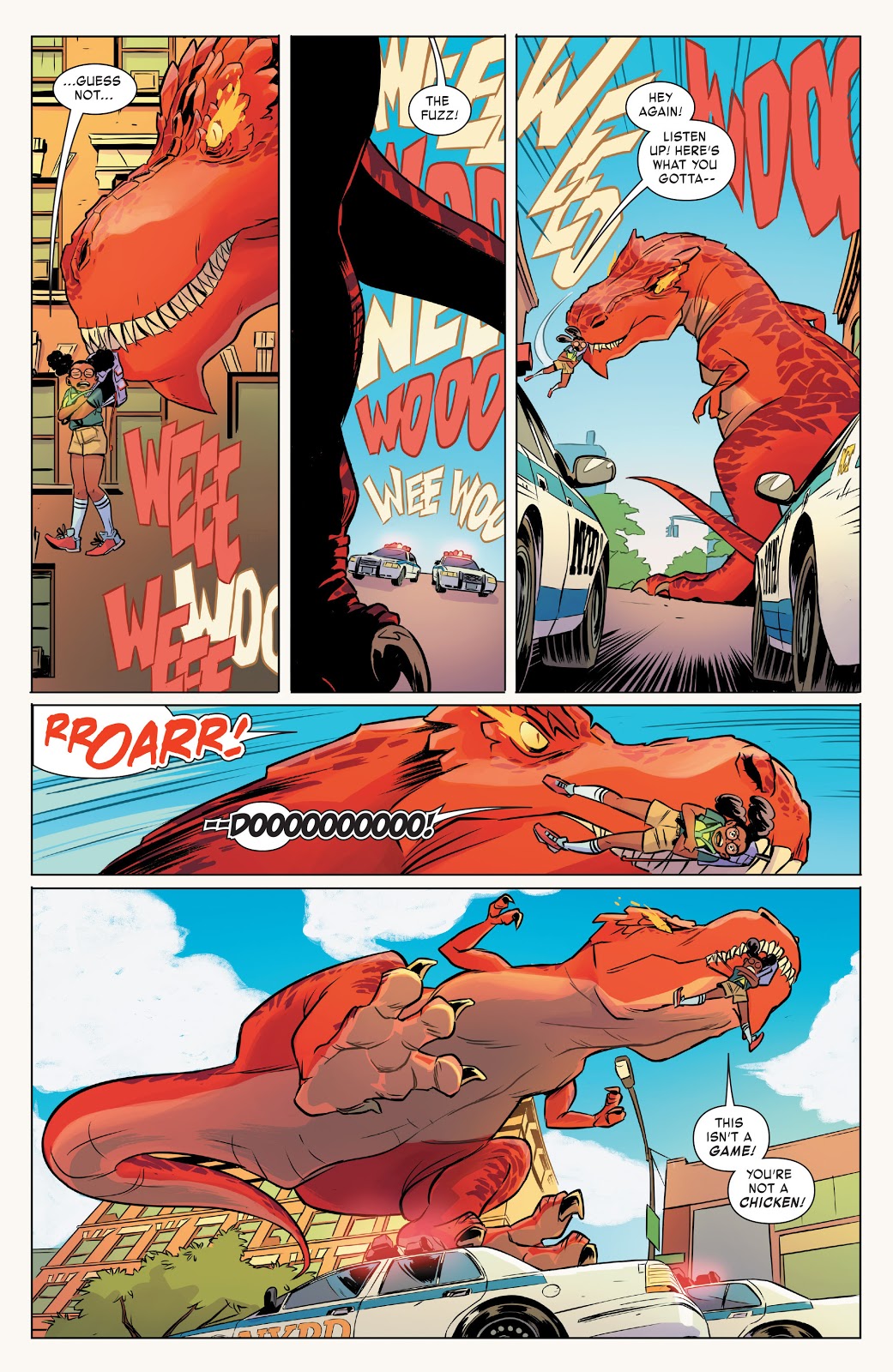 While the sales of the individual comics are poor by Marvel’s standards, sales of the Moon Girl and Devil Dinosaur trade paperbacks are apparently disproportionately high, so it’s perhaps no surprise to see the first two slim trades combined. This package ensures BFF and Cosmic Cooties are transformed into something of greater bulk that looks more like a book, and also means you don’t have to buy another graphic novel to find out what happens after the cliffhanger ending to BFF.

She may be only nine years old, but Lunella Lafayette is one of the smartest people in the Marvel universe, as we begin to discover at the end of this collection. This hasn’t entirely been recognised by her parents or her school, where she’s given the derisive nickname Moon Girl by her peers, not just due to her own name, but her constant daydreaming. She’s allowed to dabble away on her own projects, the science well beyond the understanding of her teachers, and one such project brings a giant red dinosaur into the 21st century.

There’s a little background explaining how the dinosaur had once befriended an ape-child in its own era, but no need to know this is based on an out there project of Jack Kirby’s in the 1970s. Co-writers Brandon Montclare and Amy Reeder obviously keep the dinosaur, and that it forms an attachment with a child, but very little else connects this to Kirby’s creation. Instead we have a friendly and charming relationship, with primary artist Natacha Bustos very good at ensuring the dinosaur has a personality, indicated by the tilt of a head. She’s very good at drawing everything else, the pages having a lively appeal.

Montclare and Reeder supply Moon Girl and Devil Dinosaur as a sitcom, by treating the ridiculous set-up with a straight face, but ensuring it’s responsible for plenty of funny and awkward situations. Lunella is immensely likeable, and has a positive attitude when it comes to working her way around the limitations placed on her by parents and school. Key, though, is the strange, but excellently developed relationship between the two title characters, which Bustos astutely realised had something of the Studio Ghibli bonding charm about it. They flow so naturally around each other that you’ll find yourself forgetting the oddity. There are ties to the wider Marvel universe, the Hulk and Ms Marvel featuring, but crucially they enter Lunella’s world rather than the other way round.

This is intended as an all-ages package, and such is the skill and charm it exudes, it is just that, not just a mislabelled children’s book.