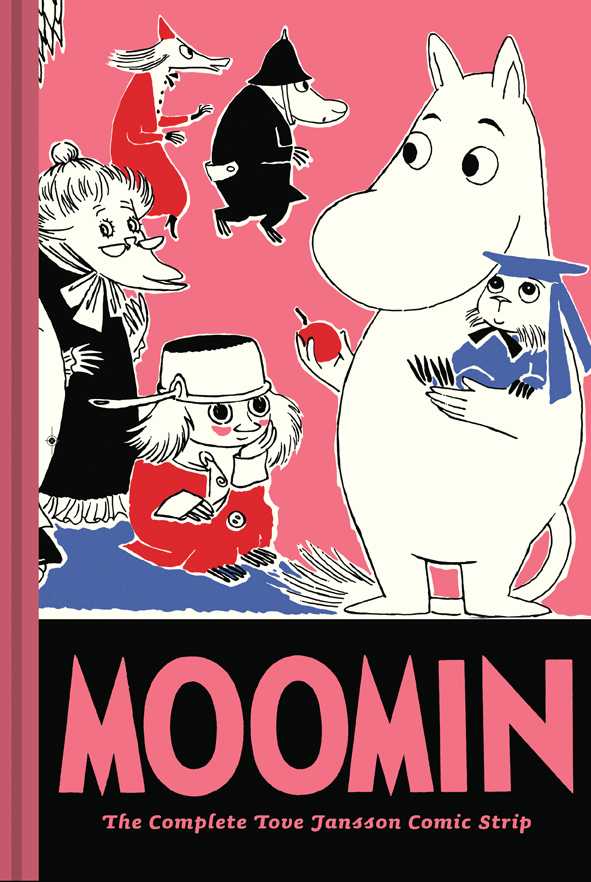 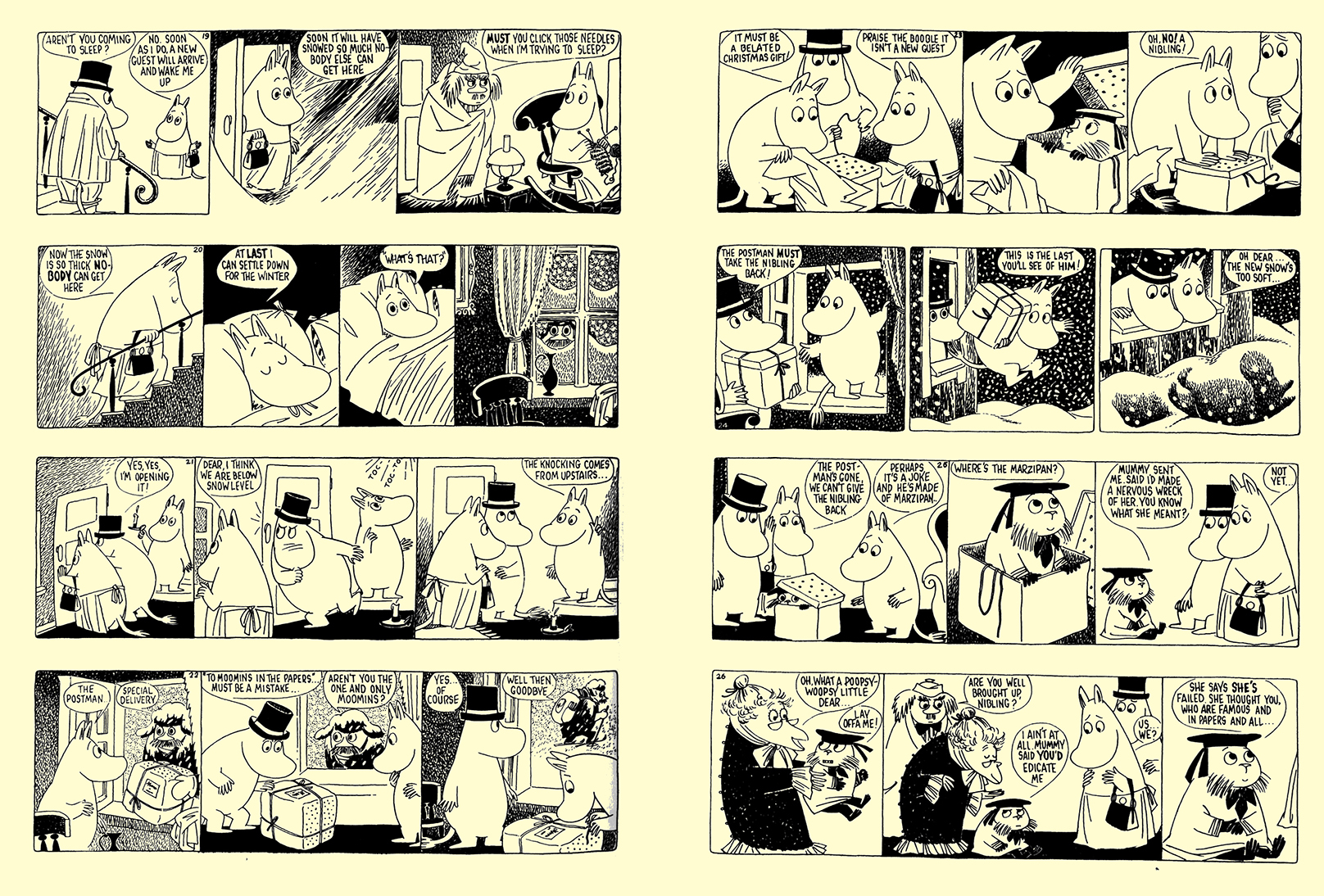 Moomin Book Five is shorter than previous volumes, containing only three stories. These are the last strips drawn by Tove Jansson from scripts by her brother Lars. The first of them, Moomin Winter (1959) has the Moomin family making preparations to hibernate through the winter, but their sleep is interrupted by one visitor after another asking to stay with them for the season. The last uninvited guest to turn up is a Nibling who disrupts the already disordered household by uncovering everyone’s secrets. It’s a far better story than Lars’ earlier efforts in Book Four, but it doesn’t match the earlier seasonal tale Moomin’s Winter Follies (from Book Two).

In Moomin Under Sail (1959), the Moomins don’t know what to do with themselves. Too-Ticky’s compass inspires them to build a boat and set sail for adventure. This takes a lot of elements from Tove Jansson’s novel The Exploits of Moominpappa but rambles a lot more, with pirates and an alternate Edward the Giant. In the last story, Fuddler’s Courtship (1959), The Fuddler, son of the Muddler, becomes enraptured by Mymble. She doesn’t reciprocate his bumbling affections – a nice touch is that after all her infatuations throughout this series, she still pines for Mr Brisk from Moomin’s Winter Follies and keeps a portrait of him on her wall. Mymble is only interested in difficult men, of course. She turns her gaze on Dr Hatter the psychiatrist, who finds himself with patients galore and a tide of neuroses engulfs everyone in the valley.

These three episodes are an improvement on Lars Jansson’s scripts in Book Four. Tove’s drawing is lovely, as always, but by this point she is doing no more than efficiently telling the story, with no frills. Previous fans of Moomin will enjoy this material, but new readers should begin with one of the first three volumes. Lars Jansson took over the production of these comics by himself after Fuddler’s Courtship, writing and drawing the stories alone, and the reprint series from volume six onwards is renamed Moomin: The Complete Lars Jansson Comic Strip.

The stories in this volume also appear in Moomin: The Deluxe Anniversary Edition, a large, slipcased book which contains all 21 stories by Tove Jansson plus never-before-reprinted drawings and character designs. 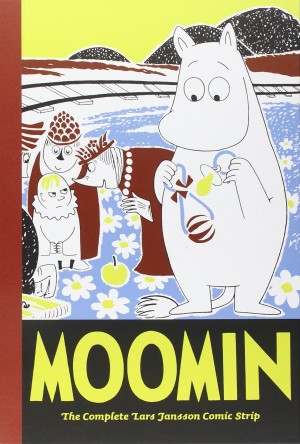