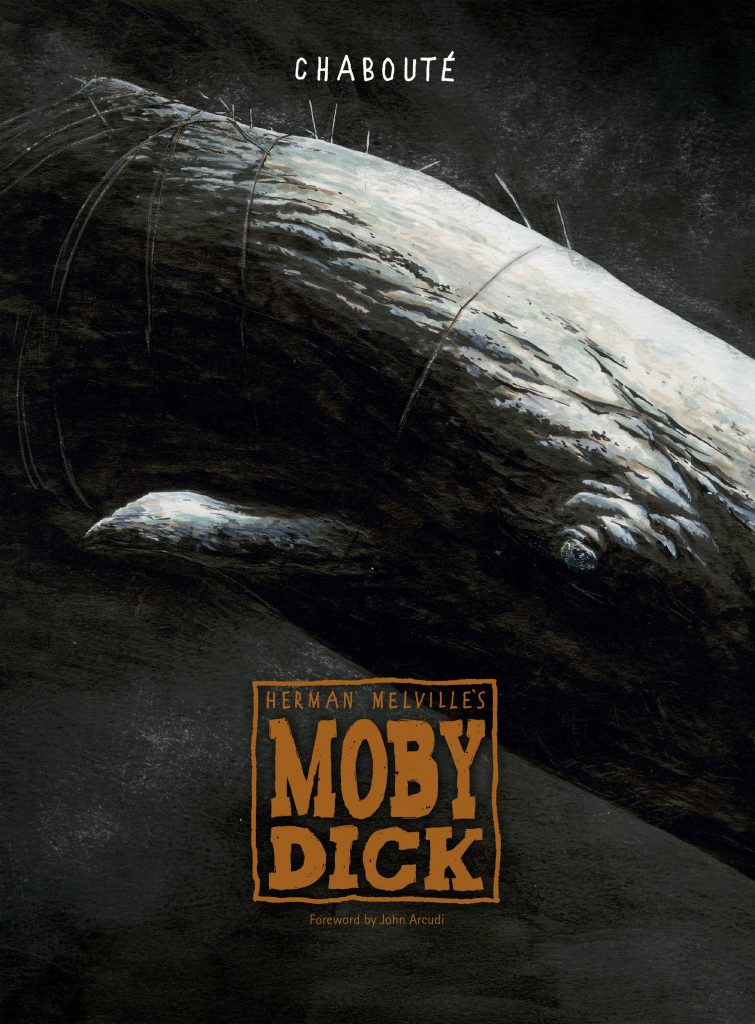 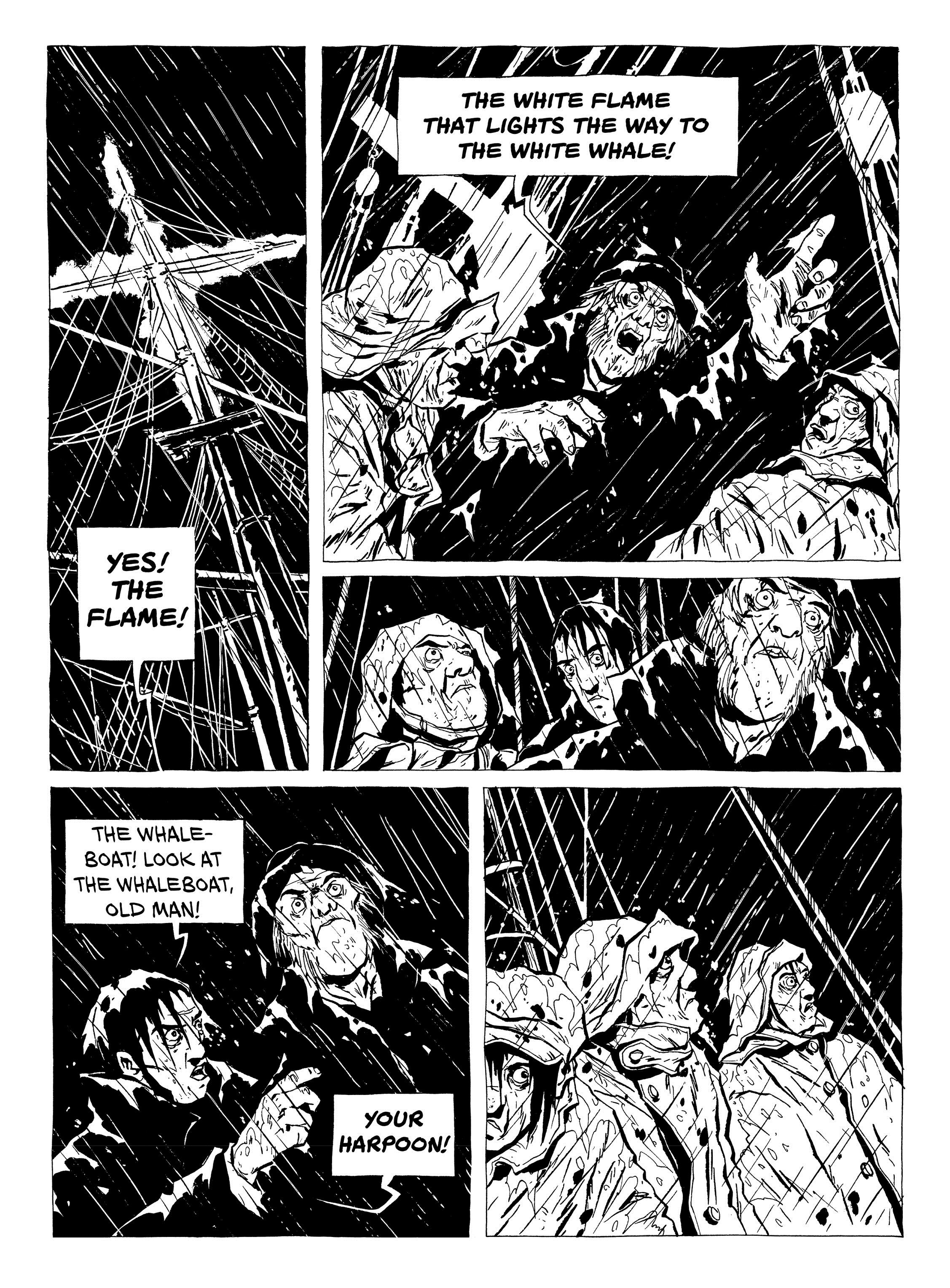 Will Eisner and Bill Sienkiewicz number among those who’ve previously tackled the task of transforming Herman Melville’s great American novel into comics, both handed restrictive page counts, but both otherwise impressive, yet it’s taken a Frenchman to produce the definitive graphic interpretation.

Moby Dick is a divisive colossus of English literature, revered, feared or dismissed according to opinion. With its discursive and cerebral nature it’s also notoriously difficult to adapt to any other medium. The usual choice is to strip mine the basic plot of Ahab’s obsessive and relentless pursuit of the great white whale and ignore the swerves into how a captured whale is reduced to saleable commodities, or the explanation of a ship’s blacksmith, and curtail the atmospheric pre-voyage sequence. As John Arcudi’s appreciative introduction notes, this isn’t Christophe Chabouté’s approach.

That approach is stunningly and cinematically conveyed by the opening four pages, Beginning with a quote from Melville about how man is inevitably drawn to water, Chabouté follows with twelve horizontal panels showing just that, but without displaying the sea, which is indicated by the presence of seagulls. It’s a statement of intent. Just as Melville sets a leisurely pace, so will he. Of necessity there is some contraction, but Chabouté incorporates everything required to remain true to spirit of Melville’s work. This includes the oddities of it, the exoticism of Queequeg, the diversions into detailed explanations of working process (these often conveyed without dialogue), and the highlighting of mysticism and superstition among a whaling crew.

Chabouté’s art is wonderful. As much of the novel occurs on a 19th century whaling ship, instilling the atmosphere is essential, and Chabouté’s mix of rough, expressive characters, their tools and their environment is impeccable, and his alertness to detail masterful. When the small boats used by the harpooners are first seen they’re mottled with dark blotches indicating dried-on blood.

Moby Dick’s great personality clash pits Captain Ahab’s vengeful, and ultimately reckless obsession against the more humane responsibilities exemplified by Starbuck. Ahab is a single minded force of nature, and neither Melville nor Chabouté sentimentalise him in any fashion. Here he’s memorably brought to life via a thousand yard stare, as if forever scanning for the whale.

There are minor quibbles. Sometimes Laure Dupont’s translation is too literal and awkward, and the use of exclamation marks to end every sentence is a throwback to the comics of the mid-20th century. In places, such as allocating the profit shares of a whaling ship, only those who’ve read the novel will understand as Chabouté neglects to explain, and for much of the time Chabouté’s not as good at depicting the movement on board a sailing ship as Arcudi would have you believe. Despite some great chapter-starting illustrations, placidity is the default setting. Further, by explaining processes visually the essence is conveyed without the full understanding Melville provided.

That essence, however, is faithful. While not condoning casual brevity, if you really want to know how 19th century whalers constructed harpoons, read the novel. Its captivating poetic dialogue is used in snippets as chapter headings. Melville’s concern was passing on ideas, which he enveloped in a narrative, and Chabouté transmits those. In ensuring the elemental nature perhaps he skimps on the rough and often bleak humour, but Chabouté has produced an adaptation unsurpassed in any other medium. The bar has been considerably raised.