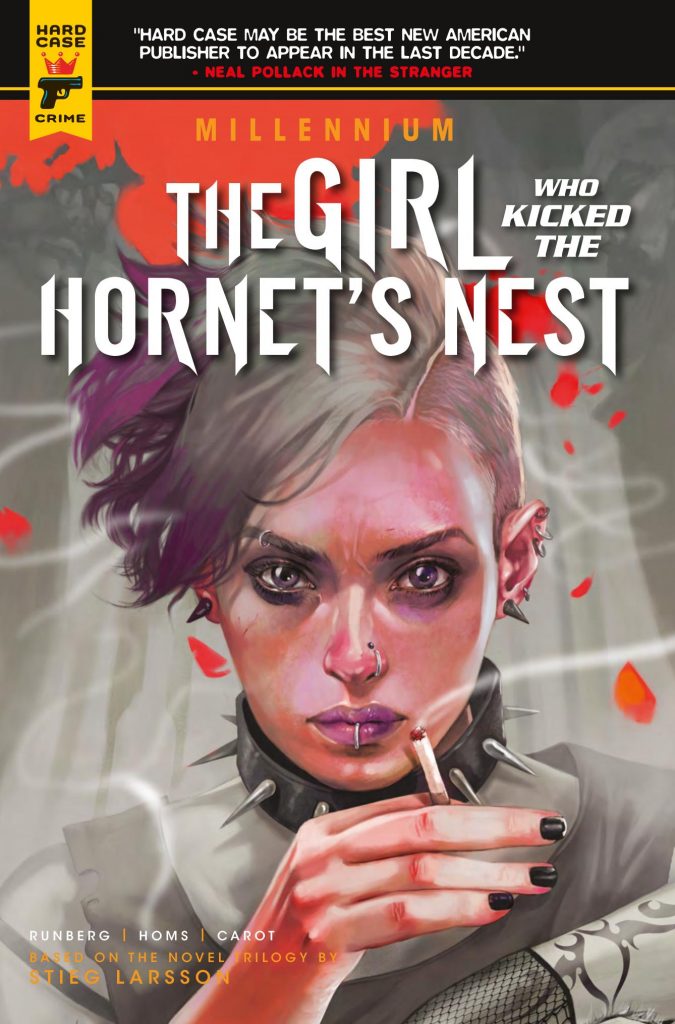 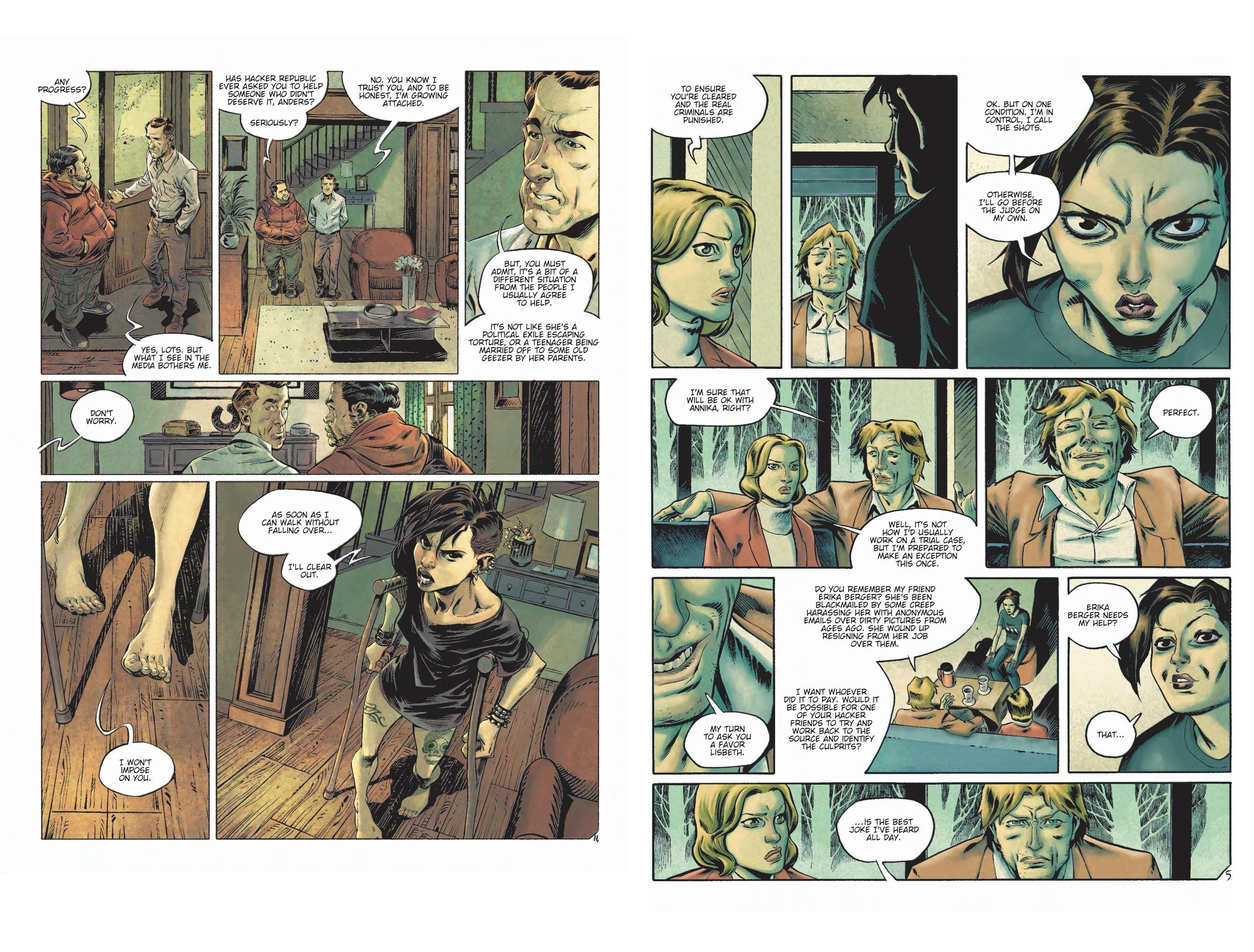 Two months have passed since the events of The Girl who Played With Fire. Millennium, Mikael Blomqvist’s news magazine is due to publish his investigation into Sweden’s sex trafficking scandal, but since the climactic events of the previous book Lisbeth Salander has been missing. She was injured and is still wanted by the police. Also among the missing is Roland Niedermann, a brute of a man unable to feel pain. The opening pages reintroduce him, along with some prominent Swedish politicians, and it’s their desire to scrub the past clean that propels the plot of Hornet’s Nest.

Again adapting from Steig Larsson’s novel, Sylvain Runberg moves more into the political arena. It’s been disclosed that Lisbeth’s past has been determined by some very powerful people, and as she comes ever closer to unravelling that, the people concerned become ever more reckless in protecting it. The central question becomes whether Blomqvist can protect Lisbeth despite herself.

Both artists who drew the previous books return to share the pages here, and it’s not an ideal mix. They’re both good, but when Manolo Carot’s sketchier style kicks in at the halfway point he comes off second best following the greater precision and focus of José Homs, and Homs is also better at visual definition of personality, providing a wider selection of expressions and postures. Carot’s faces are well designed, and consistent with the previous art, but nowhere near as subtle.

This story splits neatly into two halves. The first part reveals the plotters and supplies the investigation, and most of the second part is procedural court drama, where the allegations accumulated over the previous two books are aired. Ongoing subplots ensure this isn’t a complete shift into new territory, but the court suspense runs alongside. Runberg’s definition of Lisbeth’s personality is very good, ensuring that she isn’t very likeable, but explains the circumstances that shaped her into that person, and why she’s always had to be self-reliant.

As before, there’s sometimes a difficulty distinguishing between events of the past and the present day, but Runberg has greatly improved on Larsson’s original plot. He’s removed some glaringly obvious flaws, but that he’s shifted the emphasis of some matters is only apparent to anyone who’s read the original novel (or the vastly inferior Vertigo adaptation). His version sparkles with genuine tension, and when everything appears done and dusted, it’s not. Isn’t that what we want from a crime drama?