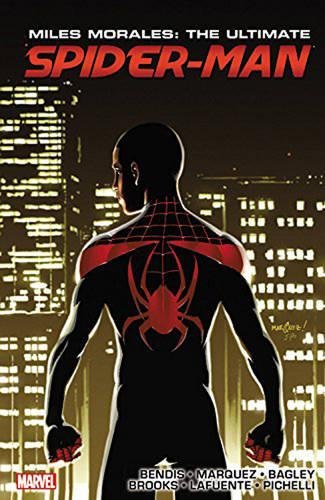 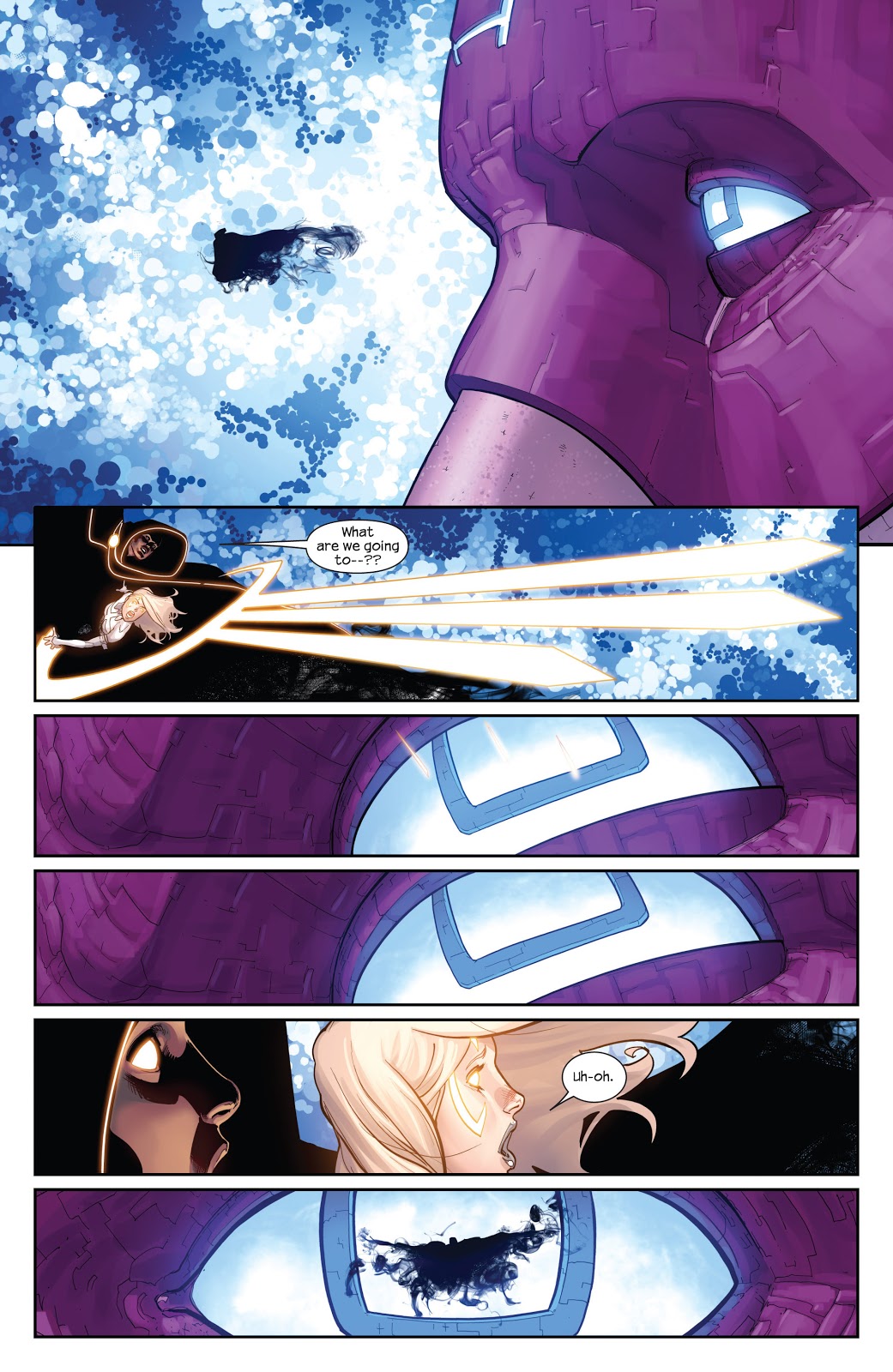 This third bulkier combination of Miles Morales’ adventures is disappointing when compared to the two earlier books. It picks up immediately at the end of Book Two by running the three Spider-Man chapters from Cataclsym, not included in the earlier, slimmer, trades.

They feed into the larger plot of Galactus finding his way into the dimension where the Ultimates and their fellow superheroes operate. As Galactus is a bit beyond Spider-Man that’s not the plot, although as seen from the sample art, Cloak and Dagger take a good look at him. Spider-Man and the heroes he’s recently been associating with cope with the residual damage of Galactus’ presence, the civic disasters, the displaced people, and those taking advantage of the chaos. Amid it all there’s a major personal revelation, the results of which reverberate through much of the remaining content.

What was previously issued as Revival and Revelations is really one long twelve chapter story, and while not poor, neither does it approach the quality of the first two Miles Morales collections anything other than sporadically. There have been a few questions hanging over Miles’ career, and they’re all answered, but not always credibly. Particularly poor is the treatment of Miles’ father Jefferson. The parameters of his character have been established and reinforced, yet almost everything he does here violates those boundaries, and it’s unconvincing. Furthermore, explaining his past requires two chapters without Spider-Man. Actually, it doesn’t require them, but that’s what we get instead of an explanation in context that could have been passed off in two pages. Too much decompression afflicts the content, and a fair portion of it is Bendis carried away with the flow of his dialogue. It’s clever, too clever to be entirely realistic, but better than most conversations in superhero comics, yet the cost is scenes prolonged just because Bendis keeps the chat going.

The cover credits are misleading. Yes, for the sake of credit where it’s due, Mark Bagley, Mark Brooks, David Lafuente and Sara Pichelli all contribute a few pages of art to a wake chapter mourning the death of Peter Parker, but otherwise David Marquez draws every single page of this collection and draws it superbly. He brings life, emotion and drama to superhero scenes and everyday scenes, always finding an interesting way of presenting a scene, and coping well with the prolonged conversations. It’s a struggle to find a page that’s not well laid out and convincing. This is first rate superhero art, and when a change of style is needed for a gangster story, Marquez is good for that as well.

At the time Bendis began writing these stories it can be presumed he was aware Marvel intended to draw a line under the Ultimate universe a year later, so this was his chance to tie up all loose ends and say anything more he had to say about the Ultimate Spider-Man cast. It turns out there wasn’t much he had to say, and for every nice scene like a fantastically constructed conversation between Miles and Mary Jane Watson there’s a lot of blowing in the wind. These aren’t bad superhero stories, just not as well constructed as earlier Miles Morales content.

Miles Morales: The Ultimate Spider-Man Omnibus collects this along with Book One, and Book Two in an oversized hardcover format.