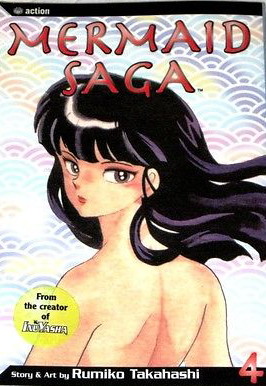 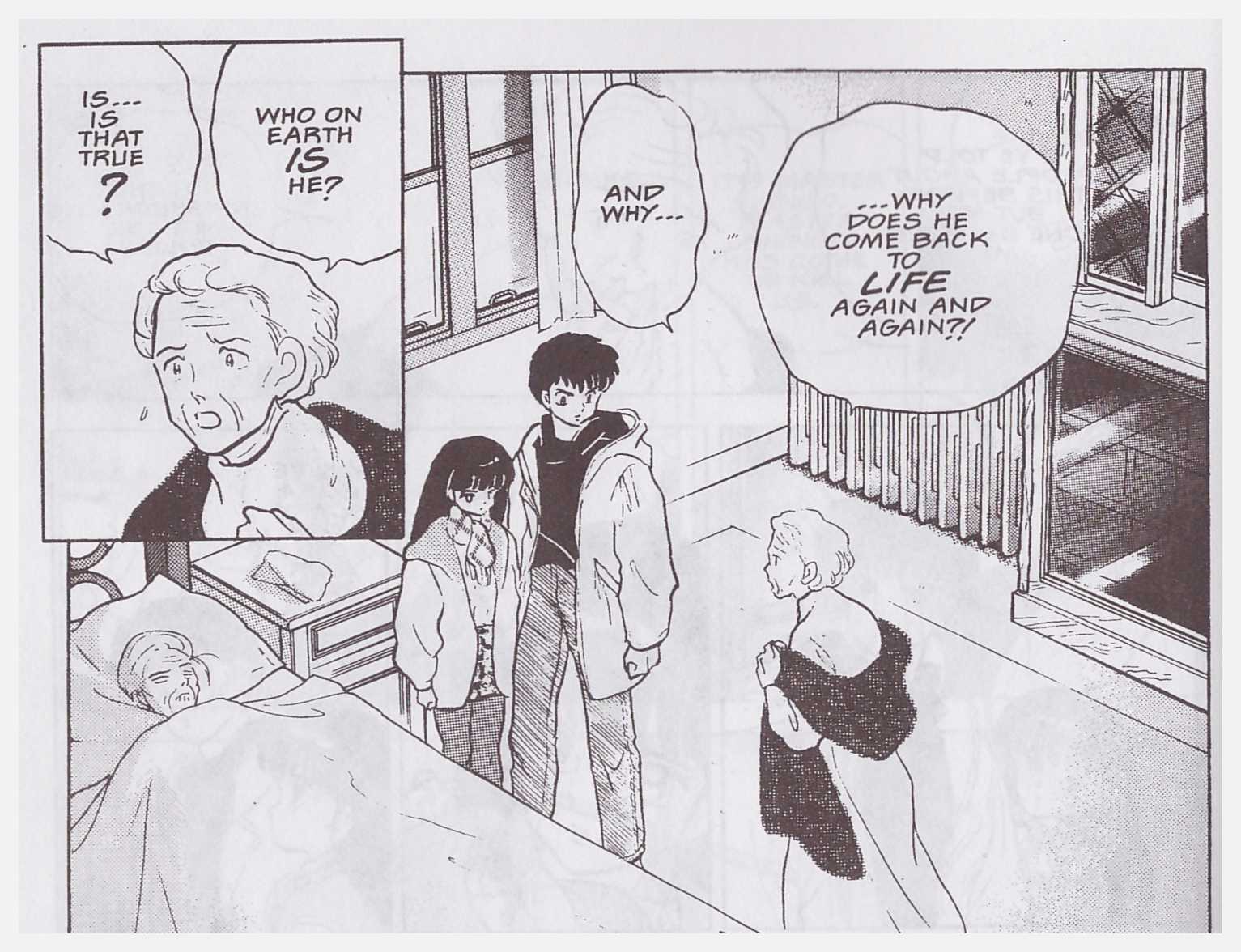 This is the final work Rumiko Takahashi produced on her Mermaid series, and she was probably right to call a halt here as a fundamental plot flaw was becoming increasingly obvious with each story. The series opened with Yuta in a search for mermaids that had taken hundreds of years, such was their obscurity and rarity, yet now it seemed there was mermaid flesh in pretty well every town he and Mana visited.

Always a macabre horror series, Takahashi hammers the point home in ‘Mermaid’s Gaze’, including the most irredeemably evil character in the series to date, and its most extended sequence of brutality. Both that and ‘Mermaid’s Mask’ supply fundamental body shuddering moments of creepiness as well, thankfully not explicitly rendered in the latter. That’s quite the psychological thriller, a disturbing family saga with that gruesome secret at its heart.

Both stories display Takahashi developing her art style. In contrast to previous volumes the storytelling increasingly relies on characters seen at a distance and in full figure, and she increased the frequency with which head and shoulders shots bleed from the page.

‘Mermaid’s Gaze’ once again sees Yuta return to a town where he’d worked decades previously, leaving after the apparent suicide of both children of the house. As this is Mermaid, though, death can be overcome, although for one character the question is left hanging. The other, Shingo, carries the story, a sadistic youngster before his demise, death hasn’t improved his personality, and two old ladies desperately try to prevent him locating a doll he wants.

These stories are also paired in the earlier Mermaid’s Gaze.