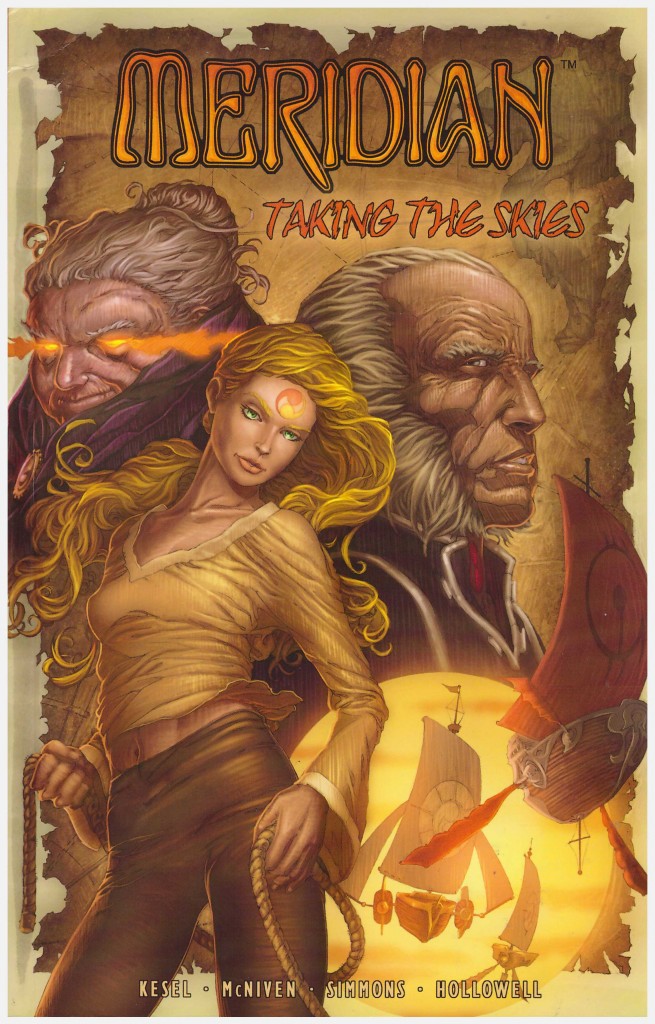 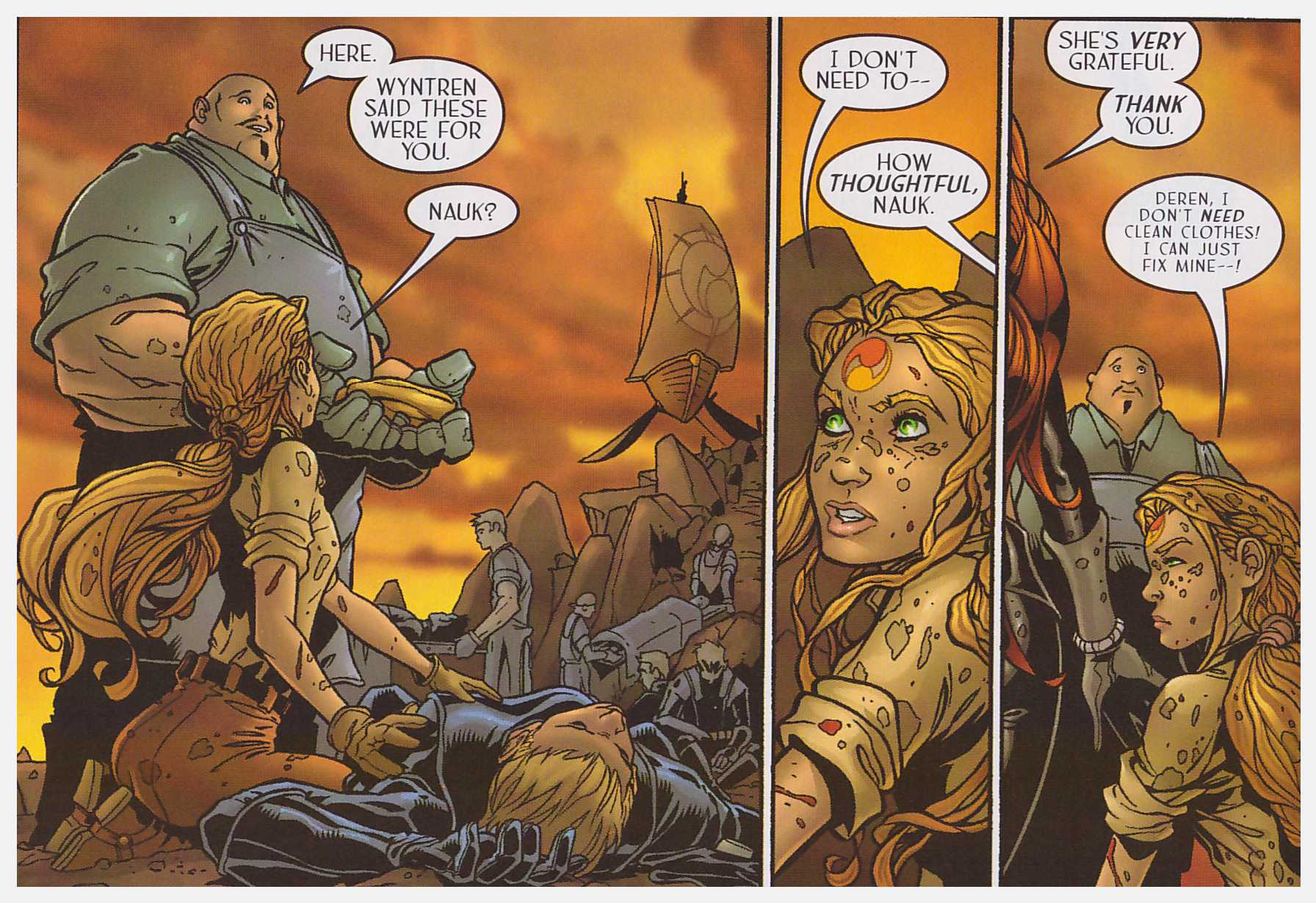 Continuing from Going to Ground, it’s within the pages of Taking the Skies that Steve McNiven’s art takes a real leap and releases his inner Mucha. He’d already been good, but here starts incorporating the design elements he’d previously restricted to his covers into the page layouts, to great effect. A bonus feature at the end of the book is an interview with McNiven about his background and influences.

It’s business as usual for writer Barbara Kesel, with another set of superbly plotted chapters in the life of the newly revolutionary Sephie. Having gathered capable allies aboard her flying ship, Sephie sets out to break the trade monopoly held by Cadador, under the control of her Uncle Ilahn. A complication arrives in the form of former boyfriend Jad, who’d believed Sephie dead until recently, and amid a volume to which political turmoil is essential, Ilahn extracts a terrible toll on a society that dared to expect more equitable terms of trade. A case can be made for the events being Kesel’s indictment of the all-pervading self-interest employed by the USA in dealing with the wider world.

A volume that opens with Ilahn’s meeting with The First, ends with another crossover as Samandahl Rey from Sigil just appears in mid-air. There’s a contrast between his straightforward warrior techniques and Sephie’s more compassionate approach, but whereas crossovers between superhero characters seem somehow obvious and natural, the cross-pollination between the power bearers of the CrossGen universe comes across as intrusive and contrived. This is partly because they’re all established in their own distinct societies, and partly because one of the weaker elements of Kesel’s writing is that they just appear from nowhere. Perhaps she was also disenchanted with the idea and just wanted to move her own story forward. It continues in Coming Home.