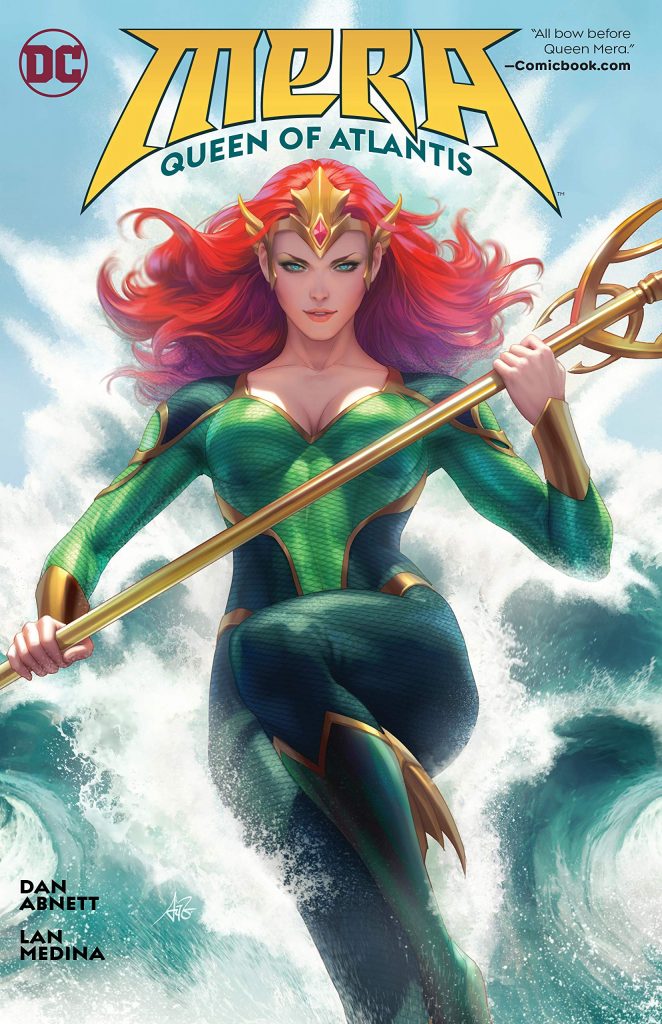 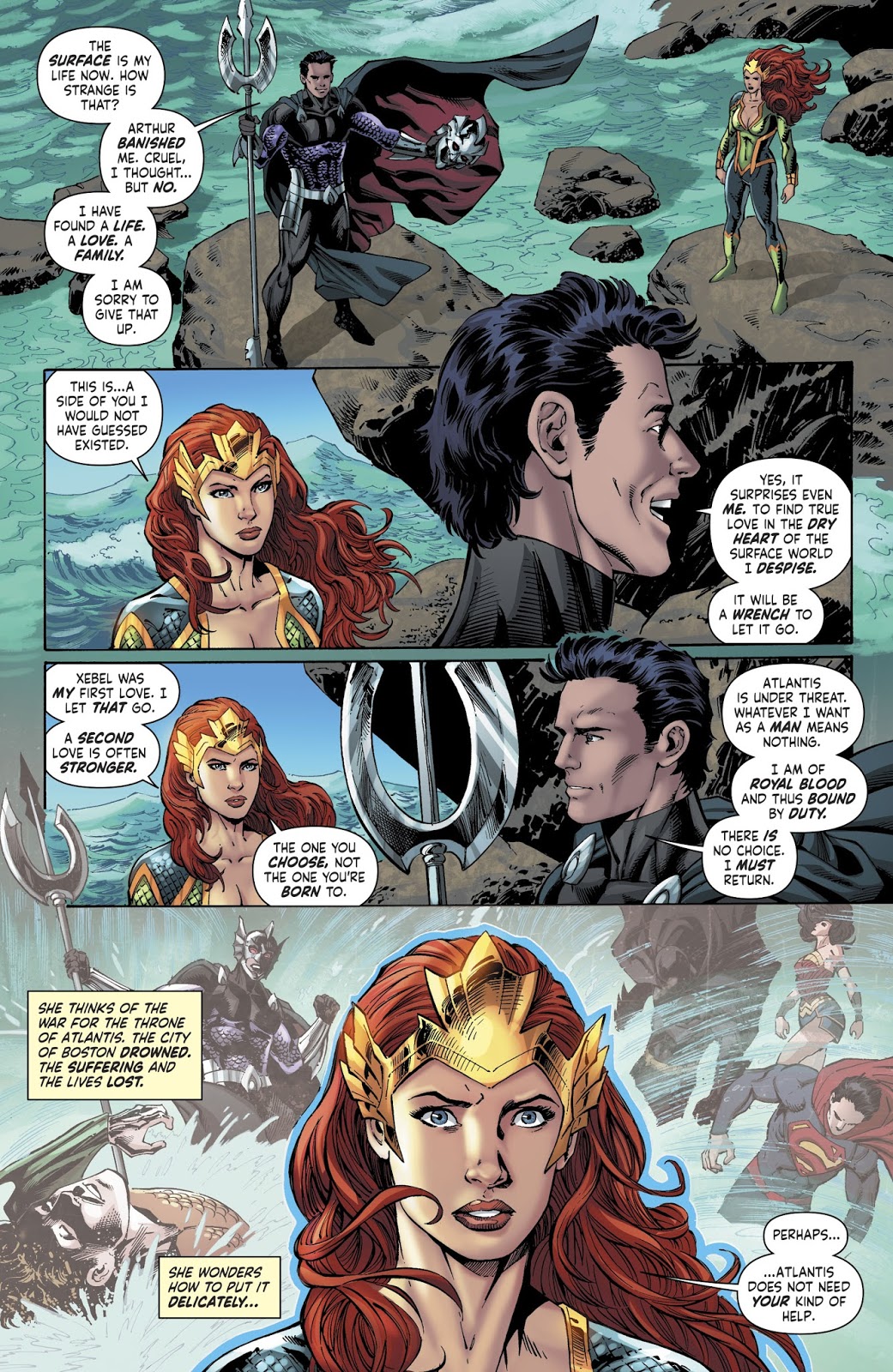 Since her introduction in the late 1960s Mera has been a formidable character, but always as an adjunct to Aquaman. Sure, there’s been the occasional story when she has to come to his rescue, but it’s not until the 21st century that she’s really been developed as an individual in her own right. Geoff Johns began the process with his run on Aquaman, and Dan Abnett has taken that refinement and added his own twists, reinforcing both her regal qualities and just what she’s capable of when activating her control of water.

Queen of Atlantis follows on from events of Aquaman: The Crown Comes Down, in which various influential forces in Atlantis found Mera to be an acceptable monarch, a status on hold as long as Corum Rath rules the undersea city with an iron fist. She’s back on the surface, recuperating in a coastal town affording necessary access to the sea, but also a target for assassins.

While it’s nice to see Mera offered the chance at headlining, to begin with there’s no sense that this is intended as anything other than filler, events running parallel to those in Abnett’s Aquaman, but Abnett has plans that make Queen of Atlantis worthwhile. One of Aquaman’s greatest enemies is his half-brother Ocean Master, who we meet early in new and surprising circumstances. These form the core of the story, more so than Mera, whom he ends up accompanying. Abnett humanises a character who’s rarely progressed beyond a two-dimensional threat in the past, and as in Aquaman, politics and diplomacy are never far away as he also investigates the society in which Mera was raised.

Lan Medina’s art vacillates between decent superhero pages and something better. There are occasional flashes of real character definition, his portraits of Mera’s grandmother consistently good, and a two way fight in the final chapter has all the life and threat needed.

There’s an emotional pull here, but Queen of Atlantis is more about Ocean Master than Mera, who is often reduced to one of an ensemble cast in the story titled with her name, and that’s unsatisfactory. However, get past the ordinary opening, and this is a good superhero read, and the consequences of it feed back into Aquaman: Kingslayer.