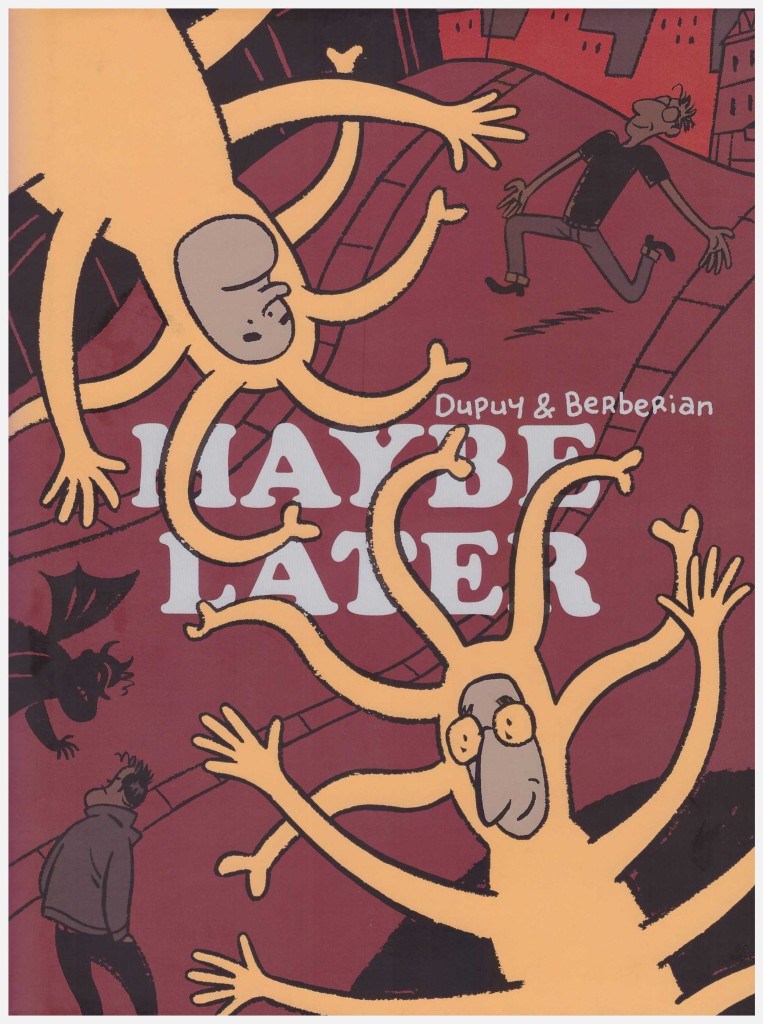 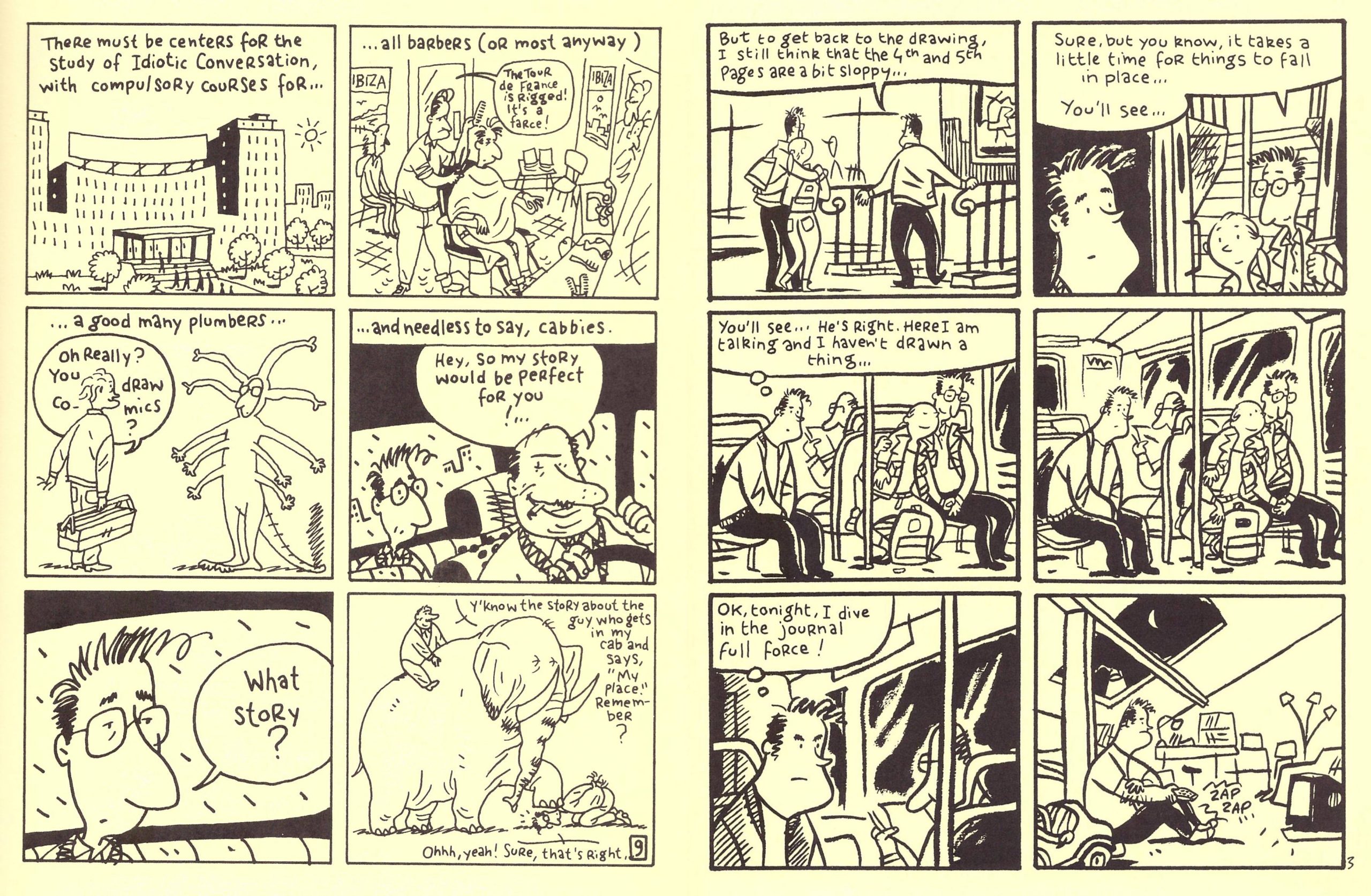 The joint careers of Philippe Dupuy and Charles Berberian have been founded on their seamless writing and artistic collaboration. They work together on illustrating their pages rather than in an American pencil and ink partnership, and Maybe Later is the first book where each has stepped away to produce individual strips.

The content purports to relate their working procedures and partnerships, but develops into far more than that as each locates an individual voice. It was prompted, if not by a crisis of confidence, then by a questioning of their careers, of whether they’d reached a point where they needed to consider something else entirely. Both Dupuy and Berberian maintained a black and white sketched diary independently of the other, although shared pages in progress with each other as the eventual intention was to publish. The result is Maybe Later.

This lacks the instant appeal of their Monsieur Jean collaborations, but wasn’t intended as a commercial project. The same observational sensibilities that characterise their fiction, though, equally manifest when they recount their day to day experiences.

The separation drops some hints as to the working partnership. It’s Berberian whose pages open the book, having begun working on the project earlier. He incorporates fantastical elements, cloaking himself in an alien costume when discussing his career with others, and imagines conversations with his younger self berating him for his accumulation of books and CDs. He is ill at ease when discussing his work in public.

Dupuy has greater difficulty with spontaneity, agonising over the presentation and his own portrayal, but what elsewhere may be self-conscious indulgence is rendered skilfully enough to dispel such comments. Not least because we discover the creation has been very therapeutic for him after a very tough period. He eventually becomes the more confessional, and delves more into the mechanics of creating the Monsieur Jean strips, how he collaborates with Berberian and his working environment, depicting other luminaries of contemporary French comics.

As will have been apparent via their collaborations, neither carries the other, and while there are differences in the drawing styles, it’s hardly a chasm. It’s also interesting to see how numerous shared characteristics (introspection, a great sense of comic timing) are common to both creators.

Does it really need confirming that Dupuy and Berberian are creators of the first rank? Monsieur Jean (and Henriette’s Diary, sadly unavailable in English) funnel their experiences, but the autobiography of Maybe Later is a completely different form of storytelling for them, and each of them separately delivers compelling reading.

In addition to the engaging content, mention should be made of the publishing elements. Helge Dascher’s translation is so smooth you’d not consider for a minute that you’re reading pages not originally published in English. The production is also praiseworthy. This is a beautifully designed book on cream pages with a dust cover over a debossed version of the logo and an alternative take on the cover. Within Dupuy and Beberian agonise over the competency of their publisher and hanker for the more original touch of L’Association. With Drawn & Quarterly they have the next best alternative.