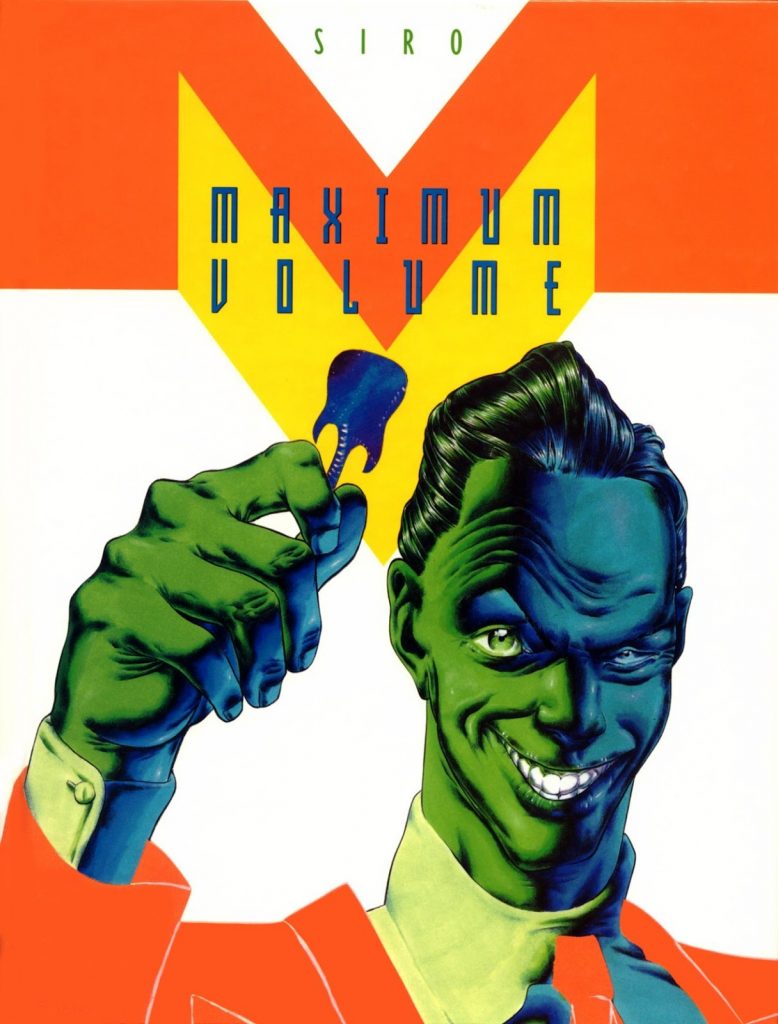 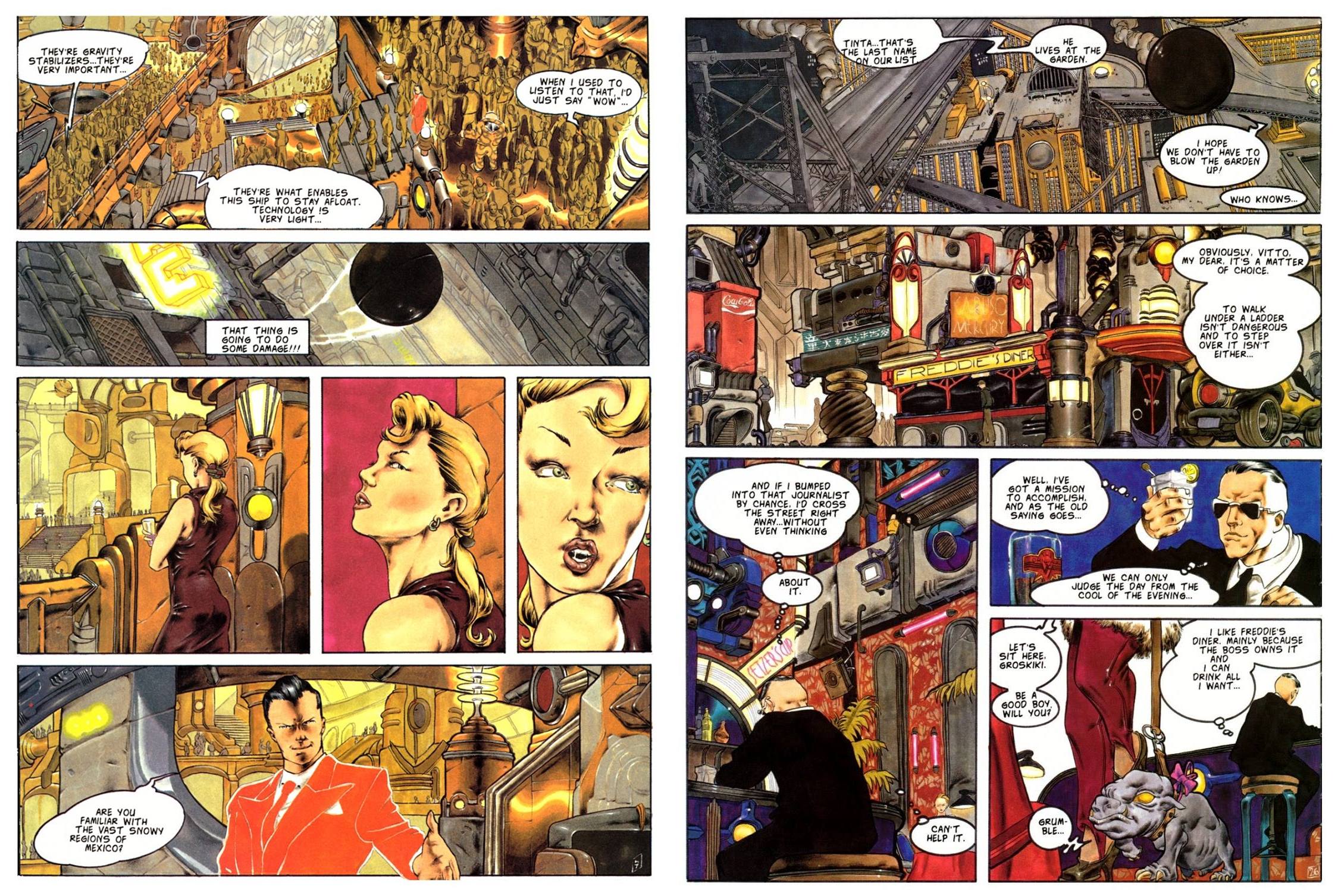 The first thing that occurs when reading Maximum Volume is whether anyone at Heavy Metal actually read it, or did they just look at the art? Seriously. It’s almost incomprehensible. Michela Nonis is the credited translator, and there’s no reason an Italian can’t translate well from French to English, but she doesn’t. Either her English is lacking, or she’s translated the original French with heavy use of a dictionary (long before the days of online translation) and produced something that’s literal, and possibly includes a few words wrongly translated. Yes, it’s that bad.

It’s not helped by creator Siro (Stéphane Brangier) seemingly loving a non-sequitur, and having his cast speak the plot to each other, such as it is. The back cover blurb informs that an underground organisation is battling a powerful man with psychic powers for murderous technology, while a psychopathic rock star is literally blowing people’s minds with the vibrations from his killer guitar. It sounds great, and it’s good to know someone’s figured out what’s going on, because you wouldn’t work it out from reading the story.

With the translated dialogue and captions so poor, it’s difficult to know if Siro’s writing is also slapdash, but from the art alone he prioritises what he’s interested in drawing at the expense of the plot. That art is arresting and owes much to the power and presence of Liberatore’s painted pages, with energy and detail. However, Liberatore doesn’t prioritise style over content. Siro’s very much a work in progress in 1992, a raw talent without great focus, but he’ll tip monumental amounts of detail into panels that don’t need it as per the right hand sample art, all imaginative and nicely drawn. The same applies to Siro’s women, who’re so much better depicted than the men, if often objectified, with the man in the orange suit the stud in residence. However, the quality of the art nowhere begins to compensate for the writing as presented in English.

Adding a further layer of disappointment, anyone who does work their way through to the last page will discover the story doesn’t end. It was completed in a second French volume, but that’s never been issued as an English graphic novel. If you really have to know how everything ties up, the sequel was published in a 1995 issue of Heavy Metal.